The Philippines is stepping up preparations for its hosting of the prestigious Mister World biennial male pageant with the coronation night scheduled this August 23 at the Smart Araneta Coliseum.

ALV Production, Miss World Philippines Organization, and Mister World Organization earlier announced the selection of the country as the host of the biggest male pageant in the world, affirming the Philippines’ image as a pageant powerhouse after hosting several international beauty pageants.

The country has hosted renowned world pageants such as the Miss Universe, Miss Intercontinental, and Jewel of the World, among many other competitions.

The pageant date for August 23 was finalized after 3 postponements to accommodate the hundreds of participants coming to Manila from different parts of the world, and to give time for the host country to prepare for the international pageant.

“This is the biggest Mr. World in history,” Miss World organization director Steve Douglas Morley said in the press conference referring to the number of expected participating countries.

“It’s our responsibility not only to put on the best Mr. World but also give the best presentation of your country ever for any pageant to the rest of the world,” Morley shared.

“We, as an organization, value this country great because you have the most dedicated fans in the world. That means a lot to all of our winners who come here,” director Steve Douglas Morley added.

Arnold Vegafria, the head of ALV Production and Miss World Philippines national director said that the goal in staging the international tilt is to showcase the natural wonders of the Philippines as well as the world-renowned hospitality of the Filipinos.

Vegafria also shared that hosting the pageant will boost the country’s international connection and promote peace and unity.

“This is the right time to harness the collective strength of a united brotherhood of men; a time to take pride in our cultural diversity; to build bridges of cooperation and mutual understanding regardless of race, creed, or political persuasion,” Arnold Vegafria said.

The country was chosen to be the venue of the three-week international competition in which delegates will be judged for their physical and mental endurance based on different fast-track events such as extreme sports, fashion, modeling, talent, interviews, and multimedia before the sole winner will be declared as “the world’s most desirable man.”

Olongapo City’s Jody Baines “JB” Saliba, a Sports Science graduate from the University of the Philippines expressed his excitement and asked for support as he represents the country in the international male pageant.

“This is it! Day 1 for Mr World 2019! (Arrival day). The time has finally come. Three weeks full of activities are now expected until the final coronation night on August 23 at the Araneta Coliseum, Manila Philippines.

“So happy and thrilled to be the host delegate for this year. So grab your tickets now at ticketnet.com.ph and see you there,” Saliba posted on his social media.

The Filipino model-actor is determined to win the first Mister World crown for the Philippines.

The Philippines’ highest placement in Mister World pageant was won by Filipino-British model and Philippine Volcanoes‘ player Andrew Wolff who snagged the first runner-up title in 2012.

SEND best wishes for the Mister World organizers and welcome cheers to world candidates now in the Philippines! Leave your comments below! 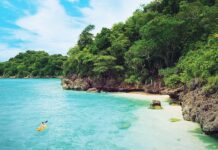 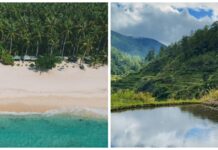