Pinoy pop group BGYO has reached No. 1 on the Pandora Predictions Chart, published on Billboard as the Next Big Sound Chart.

The five-member boy band, composed of Gelo, Akira, JL, Nate, and Mikki, made its way to the top of the charts for the week of August 16, 2021.

Acts are included on the weekly rankings of the Pandora Predictions Chart “based on their likelihood of success” using a patented predictive algorithm.

The chart is compiled using data from Next Big Sound and predicts which artists are most likely to hit the Billboard 200 chart. 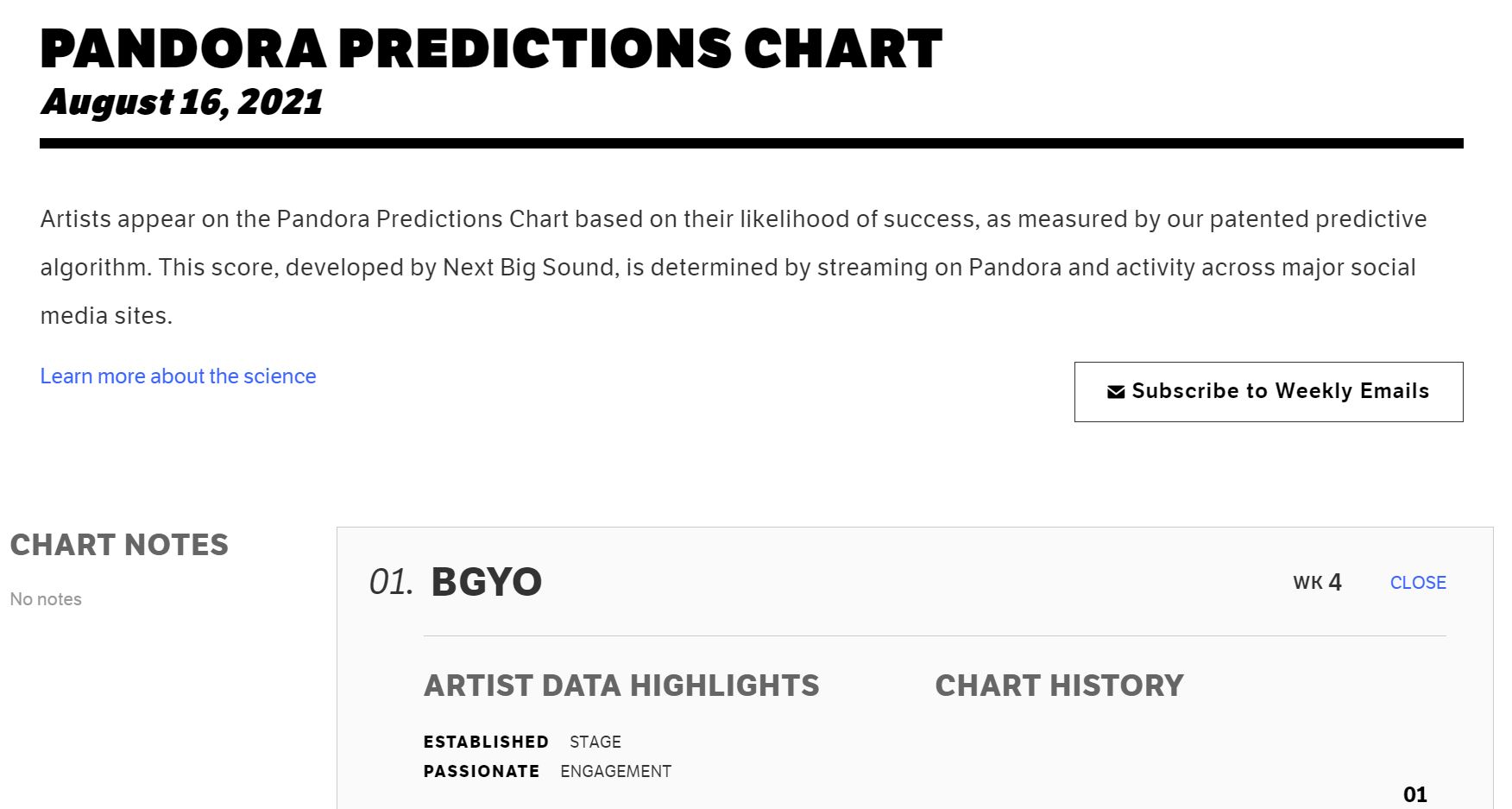 BGYO has released hit songs “He’s Into Her,” “The Light,” “Feel Good Pilipinas,” and “Runnin” since the group officially debuted in January.

The boy band is set to release its comeback single “The Baddest” on August 20.

The group’s name, BGYO, is an acronym for “Becoming the change, Going further, You and I showing the world what it means to be, Originally Filipino.”

BGYO charted at second place on the Pandora Predictions Chart in May.

The group currently holds the distinction for entering the Billboard Next Big Sound chart in the highest peak position for a newly established Filipino act, tied with fellow Pinoy pop (P-Pop) group Alamat.

SEND CONGRATULATIONS in the comments below to Pinoy pop group BGYO for reaching the No. 1 spot on the Pandora Predictions Chart, published on Billboard as the Next Big Sound Chart.