Recording artists Jesych and Kyline Alcantara are lending their voices to the Light it Forward Challenge to benefit 20 million Filipinos still living in the dark.

The Light it Forward campaign is part of Liter of Light’s mission to end energy poverty one solar light bottle at a time.

The challenge asks an individual to film his/her 20-30 minute assembly of a solar light from the kit provided by the foundation. Upon completion, the solar challenger has to issue the Light it Forward challenge to someone else.

All solar lamps generated from the challenge will be donated to communities in the Philippines living with limited or no access to electricity.

Watch these talented singers share what they have to say and join them in their advocacy to provide eco-friendly, sustainable lighting to those who need it most. 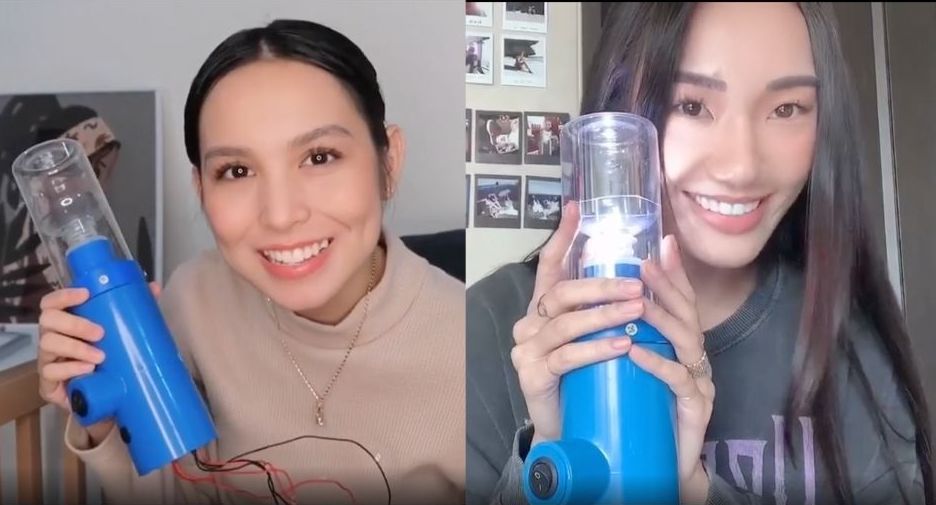 The Kapuso actress and singer begins her video, posted on August 12, 2020, by sharing her motivations for participating in the Light it Forward challenge. The GMA recording artist raised awareness for Filipino households still living without electricity.

The challenge is part of Liter of Light’s advocacy to bring solar lights to poor villages in the Philippines with little to no access to electricity.

“The solar lighting movement of Liter of Light is uniting Filipinos as they take up the Light it Forward challenge.” Alcantara adds, referring to Light it Forward’s continuous movement.

One solar light builder challenges another in order to keep the chain going and build more solar lamps in the process.

Each lamp generated from the Light it Forward challenge goes to a community in need of light.

Alcantara then presents the already accomplished solar light to viewers. The actress was going to film the assembly on camera – but she forgot to press record.

Nevertheless, Alcantara assures viewers that they need not fear. The solar light building challenge may look complicated at first but is actually quite easy to complete. She adds that future challengers only need to read the instruction manual (which comes with the kit) thoroughly and heed its important reminders.

Alcantara encourages Filipinos to take on the Light it Forward challenge.

Model Jessica, also known as Jesych, may not be Filipino by blood, but the Taiwanese social media influencer and recording artist proudly proclaimed herself as ‘Filipino by heart’ when she represented the Philippines for a festival in Seoul, Korea.

The bubbly singer introduced the solar light building challenge as a great project from Liter of Light’s campaign. She later talks about the bigger cause behind the foundation’s Light it Forward challenge.

“There’s about 20 million Filipinos living a life without light. And this is where we come in. We get to build the light.”

She also tells viewers that Liter of Light will send all the necessary materials to build a solar lamp. She elaborates that the solar lights go to those who don’t have access to electricity. Jesych says 20 minutes is all future challengers need to devote in order help out remote communities still living in the darkness.

The recording artist notes the solar light’s eco-friendly design. She pointed out that the solar lamp is made out of completely recycled materials, such as the water bottle on top of the light’s body.

Jesych expressed how big of a difference a solar light can make in a household with limited or no access to electricity.

“Once you build this light, it’s gonna last for five years. And 12 hours per day!” the model-influencer exclaimed.

The model took viewers on an informative solar light building journey as she introduces the tools that came with the kit Liter of Light provided.

Jesych claims she was nervous during the solar light’s assembly despite having completed a similar project in high school. She reminds viewers to follow the manual that came with the building kit for easy assembly.

“We squeeze everything right back in. This is the battery. This solar panel gets the light in the morning; the daytime, and charge(s) this so at night time this thing (the solar lamp) will work.” Jesych explained.

After she followed the step-by-step instructions, the Taiwanese model-influencer counted down to three before turning on the solar light. The video, posted on July 8, concludes with Jesych inviting everyone to take part in the Light it Forward challenge.

Model-influencer and recording artist Jesych was amongst the first batch of famous personalities who took part in the Light it Forward challenge.

Kapuso singer and actress Kyline Alcantara only recently took part, along with other celebrity solar advocates.

Learn more about how you can do your part in ending energy poverty in the Philippines. Take part in the Light it Forward challenge.

This article on Jesych and Kyline Alcantara first appeared on Light it Forward.

SEND CHEERS in the comments below to recording artists Jesych and Kyline Alcantara for lending their voices to the Light it Forward cause.