Recyclers of electrical or electronic devices discards or e-waste are getting much needed support from the combined efforts of government and private initiatives.

In early March, anti-toxics waste campaigner EcoWaste Coalition reported that Barangay 176 in Bagong Silang, Caloocan City will be the pilot area of a new e-waste facility.

The soon-to-be erected facility to be manned by trained personnel coming from the ranks of local informal recyclers will be used to store collected e-waste, particularly old and busted TVs, prior to being transferred for proper dismantling and recycling at the Laguna-based Integrated Recycling Industries (IRI), a company specializing in the reclamation and recycling of useful materials from e-waste.

“We are here together to mark a new chapter in our effort to promote the environmentally-sound management of e-waste so that their hazardous components do not end up contaminating the environment, specifically our water bodies, which serve as our main source of food and other resource needs,” announced Atty. Jonas Leones, Undersecretary for Policy, Planning and International Affairs, Department of Environment and Natural Resources (DENR).

Speaking on behalf of the host community of 300,000 residents, Barangay 176 Chairman Joel Bacolod said: “Barangay Bagong Silang, being the largest barangay in the country, is pleased to set an example as ‘cause champion’ in environmental management and advocacy, especially in the way we handle unwanted electrical and electronic goods.”

Dr. Carmela Centeno, Industrial Development Officer at the United Nations Industrial Development Organization (UNIDO) in Vienna, Austria, lauded the initiative as “a concrete demonstration of the stakeholders’ commitment to address the e-waste challenge in a way that will protect waste workers from health-damaging exposure to hazardous substances in e-waste such as polybrominated diphenyl ethers (PBDEs) from cathode ray tubes (CRTs) and abate environmental impacts of e-waste recycling.” 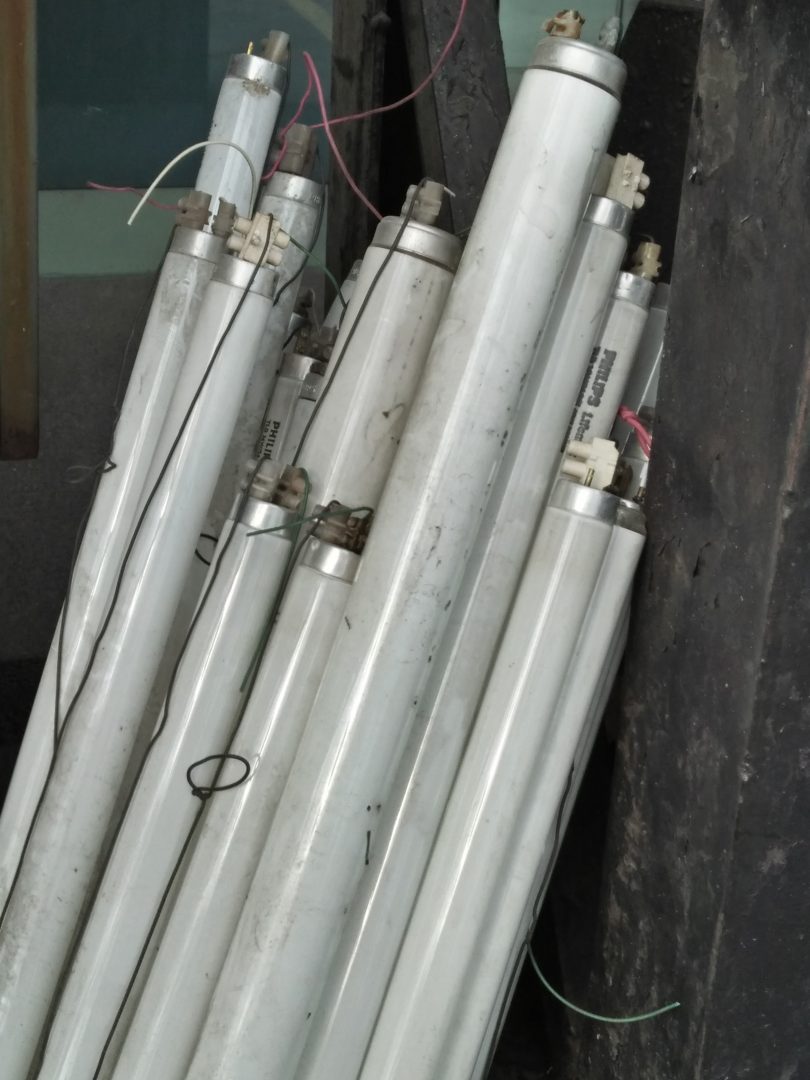 “The integration of the informal e-waste collectors, dismantlers and recyclers into a formal system for managing such hazardous waste materials, we hope, will lessen occupational safety and health problems related to informal e-waste recycling and protect the environment, too,” said Aileen Lucero, National Coordinator, EcoWaste Coalition.

The establishment of the said e-waste facility is made possible by the Safe PCB and E-Waste Management Project funded by the Global Environment Facility and implemented in the country by UNIDO through the DENR-Environmental Management Bureau.

The unveiling of the facility signage coincided with the commemoration of two important happenings: the International Waste Pickers’ Day on March 1, and the 15th anniversary of the Philippine ratification of Stockholm Convention on Persistent Organic Pollutants (POPs) on February 27.

Let us know in the comments below if you also want your e-waste collected and properly recycled.