The 16-year-old Tangog obtained the first passing mark since the Philippines joined the Suken program.

Tangog obtained the certification through the Asian Psychological Services and Assessment (APSA) where Gwyn is a consistent topnotcher of the Standards-Based Assessment (SBA).

In an interview with APSA quoted by Southville in a report sent to Good News Pilipinas, Tangog expressed that although it wasn’t a competition and not her highest achievement, the SUKEN opened an opportunity for her to know her skills level in international mathematics.

“I would like to encourage students and professionals to take the SUKEN World Mathematics Certification Program for them to gauge how they fare with the standards of Japan, a country which is respected in the Mathematics field. It’s a humbling experience to match our Mathematics standards with theirs. It’s an honor to be able to bring the Philippines another step higher in terms of SUKEN,” said multi-medalist Mathlete, Gwyneth Tangog.

The SUKEN World Mathematics Certification was established in Japan in July 1988 and is open to both students and professionals of any age worldwide.

Several Filipino Mathletes have represented the Philippines and won numerous medals and wars and were hailed in international countries.

This 8-year-old Math Whiz from Los Banos won 2 golds and a trophy from the 2019 Singapore Math Global Team Competition held in Vietnam.

These Filipino Mathletes wowed the whole country when they won a total of 269 awards at the 15th International Mathematics Contest (IMC) in Singapore.

Philippine students won 6 medals at the International Math Olympiad in the United Kingdom.

SEND congratulations to Southville’s Gwyneth Tangog for marking this milestone in her academics performance! 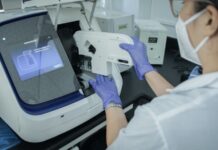