The Spyros Bros shook things up when they delivered a fiery and glowing performance with sparklers and a ring of fire for their Diabolo yoyo act in the semi-finals round of America’s Got Talent (AGT).

The brothers Marco Angelo and Marc Albert from the Philippines displayed unique stunts with the Diabolo or Chinese yoyo complemented by gravity-defying acrobatics and stunning visuals.

They continued to rock their glow-in-the-dark routine as they performed to Fall Out Boy’s song Centuries with Hogwarts Castle as the backdrop during the semi-finals for the talent show on September 8, 2020 (September 9 Philippine time).

America’s Got Talent moved on to the semi-final phase of its 15th season with a live show featuring the multi-talent acts in a variety of settings: on stage, outdoors in Universal Studios, and some from other locations via satellite recording. The semi-finals are shown in two episodes with 11 acts per night, including wild card selections brought back after elimination in a previous round.

For the siblings’ entry to the next round, Marco Angelo and Marc Albert pushed their act one step further with firecrackers, a blindfold, and a circus hoop on fire. They defied the odds and delivered a stunning performance albeit a few missed tricks.

AGT judges Sofia Vergara, Heidi Klum, and Howie Mandel appreciated the duo’s effort to spice things up. The finals will take place over two nights beginning September 22, 2020. The winner will also stand to take away $1 million worth of grand prize money from the show.

Marco Angelo and Marc Albert are thankful for the continued support from Filipino fans. You can vote for them here. 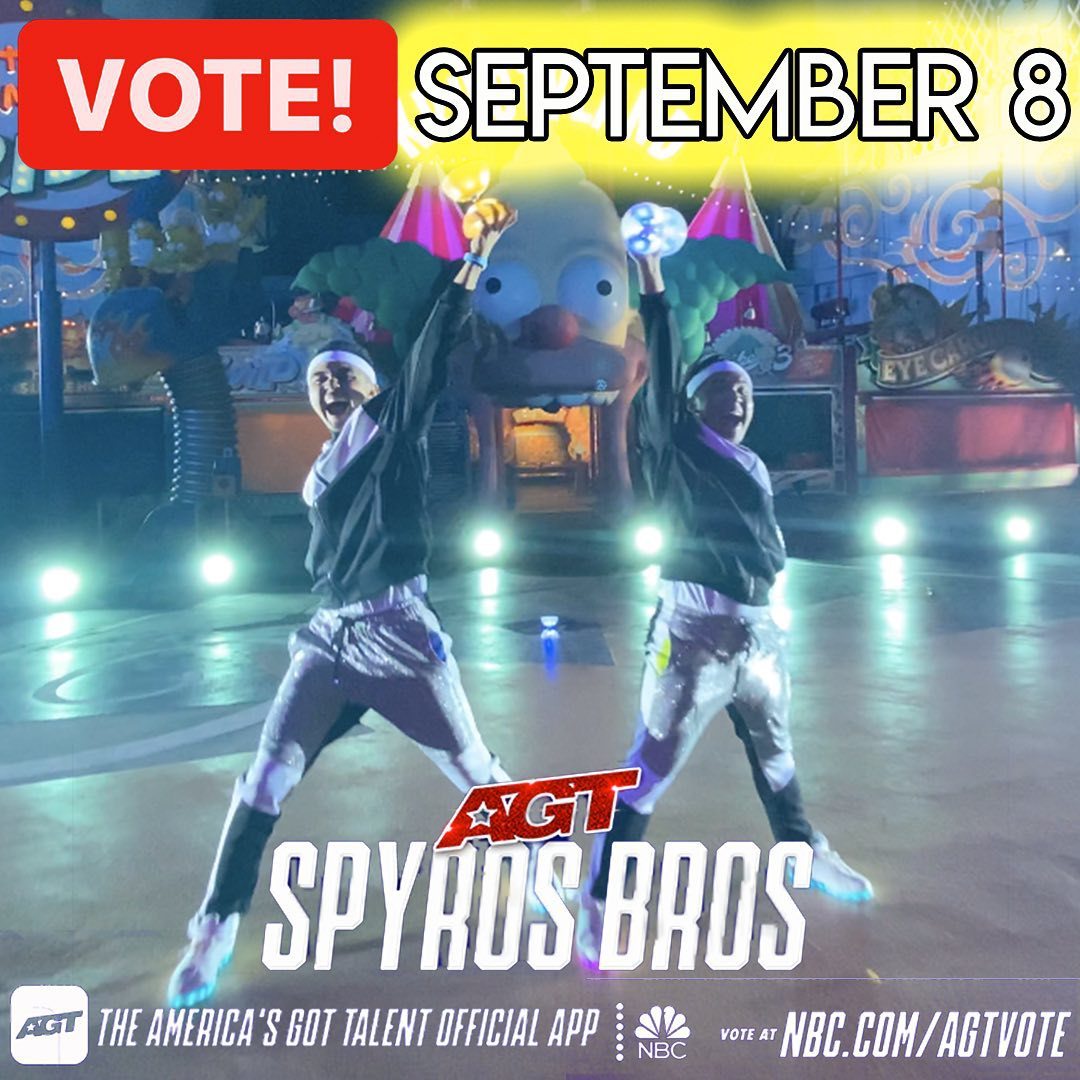 The Spyros Bros are a homegrown talent and were hailed as the 2013 Grand Champion title of Talentadong Pinoy Worldwide and again as the 2015 First Grand Champion of It’s Showtime, ABS-CBN’s noontime talent show.​

The Filipino brothers stole the hearts of audiences around the world and consistently won the judges’ favor for their outstanding acrobatic feats. Spyros Bros’ memorable audition for the show merited standing ovations from shocked AGT judges and the live audience.

WATCH the Spyros Bros’ heart-pounding semi-finals performance here and SEND CONGRATULATIONS in the comments below!