UPDATED May 13, 2022: The UP Fighting Maroons lost to the Ateneo Blue Eagles in the second finals game on May 11, 66-69, forcing a winner-take-all battle on Friday, May 13th at 6 PM. UP guns for its first championship since 1986 while Ateneo defends its title for the fourth time.

The following story was published before that game.

UP faces Ateneo this May 11, 2022, at 6 pm at the SM Mall of Asia Arena in Pasay City for Game 2 of the UAAP Men’s Basketball Finals as the Fighting Maroons go for three successive wins against the Blue Eagles who are gunning for its fourth straight championship title.

The state university squad was victorious against the Catholic university team in their first finals game last May 8 in an epic overtime battle.

The game started off neck-to-neck between the two squads, trading baskets, steals, and runs in the first quarter, 17-19 for Ateneo, and second quarter, 32-31, for UP.

But the Blue Eagles pulled away in the third quarter, 49-54. The Fighting Maroons were trailing for most of the 4th quarter until it made runs in the dying seconds and finally tied the game at 70-all by the end of the regulation period and sent the game into overtime.

The extra 5 minutes was all UP needed to show its dominance over Ateneo, forcing turnovers, delivering baskets, and eventually winning against the defending three-time champions in overtime, 81-74.

UP had earlier delivered a major upset against Ateneo in the elimination round in a shocker game on May 1 that stopped the Jesuit-run university’s 39-game winning streak since 2018 and recalled the rivalry between the two teams that was last seen in Season 81.

Another win by the state university squad today will give its Men’s Basketball Team its first UAAP championship since 1986.

The UP Men’s Basketball Team set up its “Battle of Katipunan” versus the Ateneo Blue Eagles after winning its semifinal playoff game against the De La Salle Green Archers.

The UP-Ateneo rivalry was last witnessed by the world in the UAAP Season 81 when the former perennial cellar-dweller squad climbed the rungs to meet the Ateneo champions in a finals series.

The UP journey to its historic 2018 finals appearance was documented for posterity in the book “Nowhere To Go But UP (How a Basketball Team Inspired a Nation)”, titled in honor of the UP community’s efforts to raise its team’s standings.

The UAAP Season 84 Men’s Basketball games are free to watch on the Varsity Channel of Cignal Play app, Smart Giga Play app, and One Sports television, TV5, and via iWantTFC for international subscribers.

REWATCH the game as UP forces an overtime match against Ateneo and eventually wins the first UAAP Finals Game here: 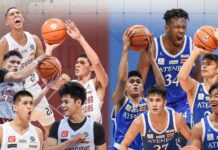 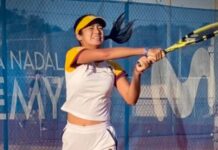