University of the Philippines’ star athlete Ricci Rivero celebrated his birthday on Monday, May 25, 2020, by starting his YouTube vlog with a Quarantine Birthday treat for his cancer-stricken fan, Freslee Salazar of Iloilo.

The UP Fighting Maroons Men’s Basketball Team’s (UP MBT) popular member is spending his 22nd birthday at home in Isabela following regulations of the community quarantine to stop the spread of coronavirus disease.

Like other members of the UP Fighting Maroons, Ricci Rivero and his family have been actively assisting frontliners in their town by donating supplies to barangay checkpoints, hospitals, and the poor. And now he again found a new way to continue his mission by giving happiness to a fan – with a YouTube vlog special treat.

Ricci Rivero’s first “Playground” YouTube Channel vlog ran for 14 minutes and showed the young basketball star talking about making the day special for himself and a special fan who was also celebrating her 18th birthday.

The FIBA and UAAP standout basketball player was seen on the video baking a birthday cake for his and Freslee’s joint celebration and afterward making a video call to the fan who was in Iloilo.

Rivero, who had his mother Abi beside him, chatted with Freslee in the online call set up by Freslee’s cousin, Felyn Piamonte. The fan was visibly touched with the surprise gift as the two celebrants exchanged birthday wishes and messages.

“It’s my 22nd Birthday and this is one of the most meaningful celebrations i had in my life. Speaking to Felyn and Freslee from Iloilo and seeing her smile made my birthday so special,” wrote Ricci Rivero in his caption to the vlog.

“It gave that sense of fulfillment that I am blessed to be able to reach out happiness to anyone who needs it in any way I can. That moment taught me that birthdays are really a celebration of life and that It can be memorable without any grandeur,” Rivero added.

The UP MBT player also thanked fans and dedicated his YouTube channel to his supporters. “Thank You to everyone for sticking with me and in turn I offer you this channel to become our personal PLAYGROUND. Love, Ricci.”

WATCH the video here and SEND BIRTHDAY CHEERS in the comments below to Ricci Rivero for finding ways to give back to his fans even on his birthday. 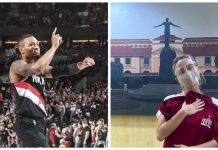 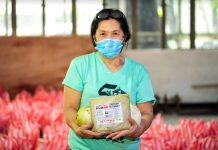