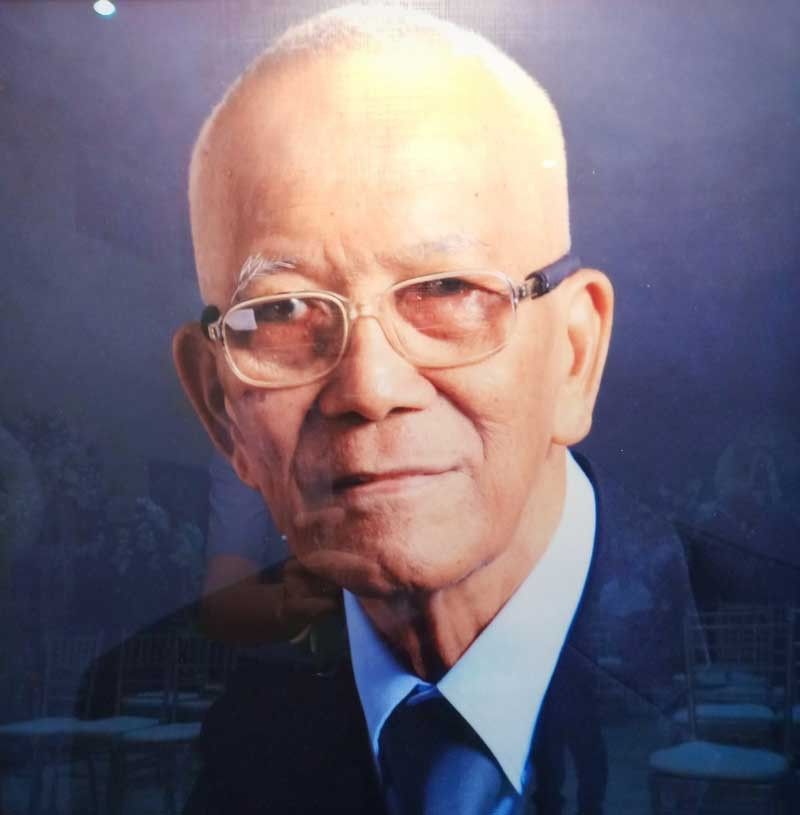 Antonio, who is President Rody Duterte’s special envoy to the US, had partnered with then-realty developer Donald Trump for the licensing of his upscale, 57-story Trump Tower Manila residential condominium project in Makati City. The New York Times reported that Century Properties paid $5 million in licensing rights for Trump Tower Manila.

Years ago I saw his late dad at their realty office, whom Antonio introduced as the head of his growing company’s human resource or HR division, because his father didn’t want to be inactive in retirement. Here are excerpts of an exclusive interview Antonio granted to the Philippine STAR:

The Philippine STAR: Years ago you introduced your late father as the head of your HR; how many years did he work for you and what was his title in the company?

Joey Antonio: Thirty-two years since the start of Century Properties and he was head of our HR division.

We were only six people then, including myself. Today we have 27,000 employees.

How did you convince your dad to work for you? What was his profession before that?

It was in 1986 when we started the business; my father was then 60 years old and he had just retired from a bank. Our father had worked for Pacific Banking Corporation and he retired as vice president of the foreign department. Pacific Bank was one of the biggest banks, founded by Antonio Roxas Chua (president of the Federation of Filipino Chinese Chambers of Commerce and Industry, Inc.).

My father worked his way up in the bank. He was born into an average family in Ermita, Manila. His first work was as a telegraph operator of a firm called Clavecilla Radio System, then he transferred to Pacific Bank.

What advice did your father give you about business?

There were two most important pieces of advice: first, kindness to your own people. He advised me that the most important resource of your business is your people, so you need to take care of them and they should love you. He said that the No. 1 resource of a company is its people, not money.

Second, integrity is very important and should be taken care of. He advised that integrity should be the basis of all your transactions.

Did you pay your dad a good salary? How did you treat your father, as his boss?

(Laughs) Of course. I was not the boss of my late father in the company, even my sons do not consider me their boss, because in the company, we’re all associates, peers and business partners.

What were the longevity or long-life secrets of your dad?

Our father had a positive attitude towards life; he was a positive and helpful person. He had no stress. The doctor said the one thing that will really kill you is stress, because stress has no medicine. I believe that is true; basically you are what you think you are. Some people are just worriers, but not our father.

What were his health habits or routines that you think boosted his health and also relieved him of stress?

He was an athlete in his youth, with basketball. Later on he played golf and also pelota.

Did he any vitamins or anything else on a regular basis?

Our father had drinks every happy hour at around 6 p.m.: one shot of beer, Scotch, or brandy every day. That kept him perky.

Your four sons are all highly educated and very smart. How did you or your late father train them?

I want to thank my wife Hilda for her important role in the upbringing of our children.

What did you do to ensure the good training of your sons Jigger, Marco, Robbie and Carlo?

Hilda Antonio: I was a full-time mom in raising them, parang wala na akong buhay (I almost had no life of my own). I took care of their education, brought them to school, even tutored them. You know, we had all our sons study the Chinese language, Mandarin, so I had to personally go to their teachers and ask how Chinese words were pronounced so I could guide them.

Even when they were kids, it was already my dream for all of them to study college in the best Ivy League universities. I was very happy when our three sons went to study at Wharton in the University of Pennsylvania, and one son, Robbie, went to study at Northwestern University and Stanford.

How do you assess the Philippine economy and its future?

Joey Antonio: I am very optimistic about our fast-growing Philippine economy and bullish about the future. Our per-capita income is now already $4,000 per person; in 10 years we’ll be $10,000 per person. Our biggest resource is the people and our average age nationwide is 24 years old, while that of Japan is 45.