You know it’s Christmas in the Philippines when Filipino music icon Jose Mari Chan’s memes are all over social media, radio, and television.

Like clockwork, Original Pilipino Music (OPM) icon Jose Mari Chan can be heard over the airwaves singing his 1990 hit “Christmas in Our Hearts” that has stayed in the Pinoy psyche for 3 decades.

Another Jose Mari Chan bestseller “A Perfect Christmas” getting good airplay was released on Spotify as a digital collaboration with popular indie band, Ben&Ben, and gained Asia-wide followers.

With the popularity of social media, Pinoy netizens have upped the ante for the tradition and have circulated Jose Mari Chan memes in recent years.

This year, the Filipino sense of humor has Chan ushering Christmas in a face mask and making funny digs at being quarantined.

Following are some Jose Mari Chan memes for Christmas that has the social media world feeling the love amid the uncertainties of the ongoing COVID 19 pandemic.

Even before September 1st, some memes have been warming up the scene.

In 2 days the ber-months officially begin aka when Filos around the globe start getting into the Christmas mood 🎄 Meaning it will be acceptable to start bringing out the decor & playing Jose Mari Chan playlists on repeat 🌟 IYKYK pic.twitter.com/YPGDjAj1YK

SHARE WITH US in the comments below, what is your favorite activity to signal the start of Christmas?

Fr. Bernard Espiritu talks about 500 years of Christianity in the Philippines on Super Pinoy ApnaTV-36 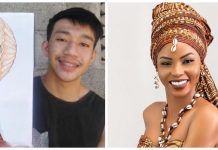 Margo Hannah De Guzman Quadra - May 5, 2021
Nine Filipinos have made it to Gold House's annual A100 List to celebrate Asians, Asian-Americans, and Pacific Islanders (APIs) and their impactful contributions to...