The sight of a jeepney is something that shocks every first-time visitor to this country.

The Philippines is the only in the world to use this unique form of transportation. Jeepneys are perhaps one of the most beautiful examples of the local folks’ value of being madiskarte: adapt and be creative when the moment calls for it.

In addition to the artistic and diverse designs that have been created on its exterior, the jeepney was originally made from the United States’s leftover military jeeps from World War II. Thanks to the ma-diskarte genius of Filipino engineers, the jeepney rapidly emerged as a popular and creative way to reestablish inexpensive public transportation, much of which had been destroyed during World War II. Today it remains the iconic symbol of Filipino creativity.

Walk down any street in the Philippines, and you will be met with example-after- example of the Filipino brand of diskarte. Ball bearings from cars are made into wheels for karitons, steel pails are turned into barbecue grills, while old cellular phones now serve as family radios.

Converting something old into another practical and useful thing, even if it significantly varies from its original design, is something Filipinos excel at.    Diskarte is a reflection of the will and determination that lives within all Filipinos to make the best of their given situation.

For the past 30 years, overseas Filipinos have been adapting to some of the most environmentally challenging lands, as well as diverse peoples and cultures of the world. Filipino immigrants have embraced so many new languages and customs in their host countries that it is no wonder vast majority of employers around the world credit their Filipino employees as the most caring, compassionate and dedicated workers they have ever had. This is why so many foreign companies invest operations in the Philippines.

Diskarte is about the Filipino going out of his or her comfort zone and taking a risk. The most inspiring examples for me today are the new generation of Pinoy entrepreneurs determined to achieve financial freedom for their family and at the same time, adding extraordinary value to their fellow Filipinos.

These are the Filipinos who refuse to accept the status quo, but instead look within their own country and see the abundance of business opportunities to become unique, to create art, to be remarkable.

From agriculture and manufacturing to social tourism, I firmly believe that, because of these passionate Filipino entrepreneurs, there will be a day the label “Made in the Philippines” will come to signify the same level of quality,  romance  and respect as, say, “Made in France”.

The Gawad Kalinga Enchanted Farm in Angat, Bulacan, which is a 90-minute drive from Manila, is perhaps the greatest evidence of what extraordinary possibilities lie ahead. It is the first Farm Village University in the world and acts as both a hub and ecosystem for social business start-ups. Its goal is to replicate this in 24 other provinces, and to raise 500,000 social entrepreneurs in 10 years.

These brave entrepreneurs represent the new generation of wealth creators that will establish jobs for millions of other Filipinos. Through the spirit of  being ma-diskarte, we will see a day where no Filipinos will feel they have to leave their country because of economic pressures at home.

The article is an extract from Grogan’s latest e-book,“7 Reasons Why Filipinos will Change the World.” previously published on The Business Mirror with permission from the author. To get a free copy, go to www.mikegrogan.ph/ebook. 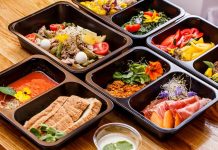 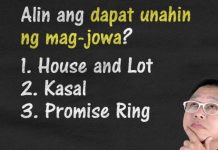 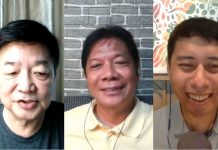