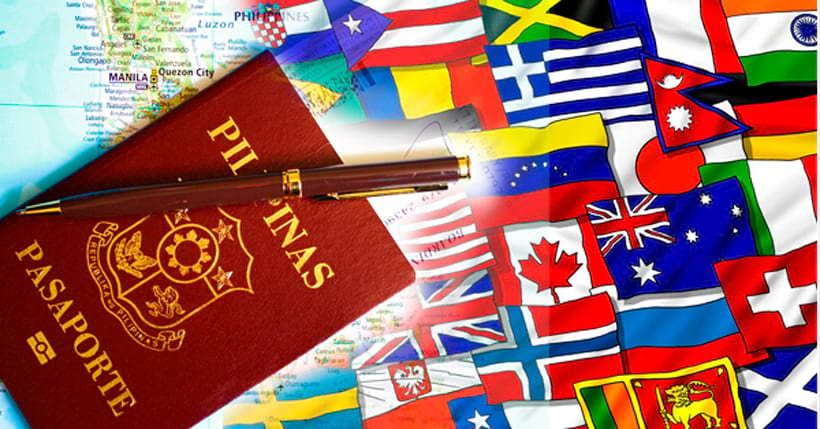 Filipino travelers are among the world’s most thrifty tourists, according to a survey conducted by Picodi.

Known to be keen bargain hunters in shopping, Filipinos are also skilled in finding the best deals for tourists.

The Picodi report is based on the survey conducted in April and May 2019 among over 20,000 respondents from 41 countries.

The Picodi Analysis Team survey results released in June revealed the following habits and preferences of Filipino travelers that make them among the most thrifty tourists in the world:

1How do Filipinos approach the organizing of trips?

The survey indicates majority of Filipino travelers (90%) prefer to organise everything by themselves while only 10% rely on travel agencies.

The main reasons for self-organised trips pointed out by Filipinos were the cheaper price (50%) and the ability to match everything according to preferences (48%).

Those who travel with agencies mention that it saves time (52%) and is more comfortable (32%).

When it comes to organizing a trip, there are actually differences between women’s and men’s attitude:

Filipino women are more spontaneous in the matter of organizing journeys. But most people still do prefer to plan in advance — 81% of men and 71% of women.

When asked about the favorite way of spending holidays, almost half of the Filipino respondents (42%) chose sightseeing as their favorite activity. It was followed by lying on the beach (39%) and the least popular — active rest (19%).

The surveyed Filipinos definitely like to experience new things — 67% declared that they use local public transport and 74% said that they try local food. Besides public transport, 18% of Filipino respondents prefer taxi rides and 14% would rent a car. As for food, 15% look for places that serve familiar dishes and 7% take their food with them.

It also turns out that almost half (47%) of surveyed Filipinos are willing to perform job-related tasks during their holidays.

2How often do Filipinos go on their holidays?

Filipinos also prefer shorter getaways as 57% of respondents claimed their trips last less than a week. 37% said that they spend around a week on holidays and only 6% two weeks or more.

33% of surveyed Filipinos go on holiday once a year and 45% twice a year or more frequently. 22% of respondents have the opportunity to go on a trip less than once a year.

3With whom do Filipinos travel?

Majority of the surveyed travel with their family or partner (57% and 24% respectively). 12% go with friends and only 7% prefer to travel alone.

4What are the top travel destination choices for Filipinos?

Filipinos would rather explore new places (77%) and only one-fourth of respondents (23%) chose to go back to places they already know.

The vast majority of Filipinos prefer domestic travels over going abroad. 86% of surveyed Filipinos declared that they would rather spend their holidays in their country. Among the top destinations were Manila, Batangas, and Cebu.

Some Filipinos (14%) opted for international travels. The most popular countries to visit were Japan, Taiwan, the US, Singapore, and South Korea.

5How much money do Filipinos spend on travel?

According to the survey results, an average Filipino spends ₱13,171 per person on a holiday, which converted into USD amounts to $252.

Only 3% of respondents said that they don’t try to save on trips — the rest of them have some smart tricks which make the whole venture more affordable.

70% of surveyed Filipinos declared that they buy tickets in advance and 41% book their stay ahead of time.

The Picodi travel survey notes the Philippines places quite low in the ranking – in fact, Filipinos are the world’s 3rd thriftiest travelers. The most frugal travelers come from Indonesia and Pakistan — they spend $207 (2nd) and $191 (1st) respectively.

CHECK THIS OUT: Countries for Visa-Free travel

CARE TO SHARE in the comments below your thrifty travel tips by Filipinos?