Veteran actress Eula Valdes and her son Miguel collaborated in the LIGHT IT FORWARD challenge to build solar lights for Filipinos who still have no access to electricity.

The solar lighting movement involves solar advocates who will take on the LIGHT IT FORWARD challenge where low-cost, environment-friendly lamps are built personally to be donated to millions of Filipinos without electricity.

You can be a part of this movement along with other celebrities in a span of 20-30 minute assembly process and be a light to others. 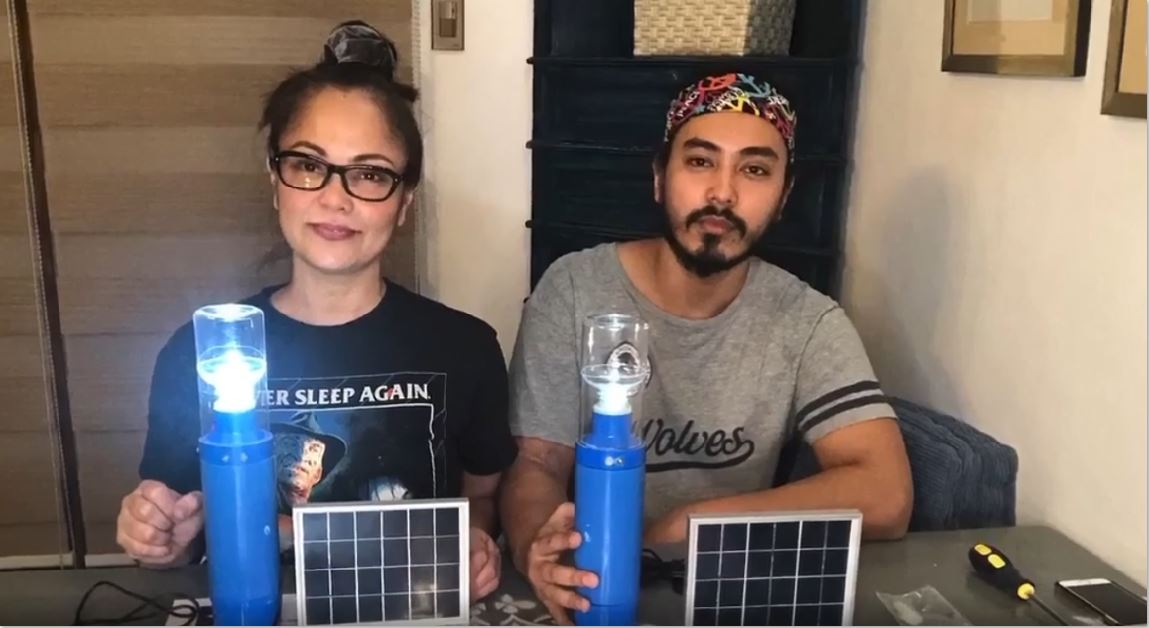 Eula was challenged by her co-star in “Love thy Woman”, Yam Concepcion, a solar advocate from the second batch of Light Challengers. She then invited her son Miguel to take on the challenge with her.

The Valdes’ assembly process was uploaded on August 17, 2020, in a semi-time-lapse mode that lasted for more than a minute.

The actress mentioned that they wanted to help in their own little way to communities that have no access to electricity.

With just one attempt, the mother and son successfully lit each of the solar lamps and playfully waved it in the air with much joy.

“A few minutes of your time, can bring light to families that do not have access to electricity, LASTS FOR 12 HOURS A DAY FOR THE NEXT FIVE YEARS,” the Love Thy Woman star captioned the video.

The award-winning actress thanked the Executive Director of Liter of Light’s Illac Diaz for their vision, Yam Concepcion, and her son Miguel.

Eula challenged her fellow celebrity friends and family including:

Eula and Miguel are part of the third batch of celebrity solar advocates who joined the LIGHT IT FORWARD Challenge including Kylie Padilla, Ana Feleo, Carla Abellana, and Patty Tumulak.

Aside from Eula and Miguel, other celebrity families have taken part in the Liter of Light’s campaign like Ryan Eigenmann’s Eigen 5 family in the pursuit of reaching out to the needy especially in these times of crisis.

SEND CHEERS in the comments below to actress Eula Valdes and son Miguel for their tandem work in the Light it Forward Challenge!