The Philippines’ Encantadia stars Kylie Padilla-Abrenica and Ana Feleo have built solar lights in response to the challenge to LIGHT IT FORWARD for the benefit of communities without electricity.

The solar lighting movement aims to brighten the villages of 20 million Filipinos still living in darkness by building solar lamps made by the solar challengers.

Filipino celebrities actively advocate the lighting movement by proudly sharing their assembly process in social media which spread the campaign on a broader scale.

A solar lamp can be built for 20-30 minutes and anyone can be a part of this act of kindness.

Join your favorite Encantadia stars in building solar lights for a cause. 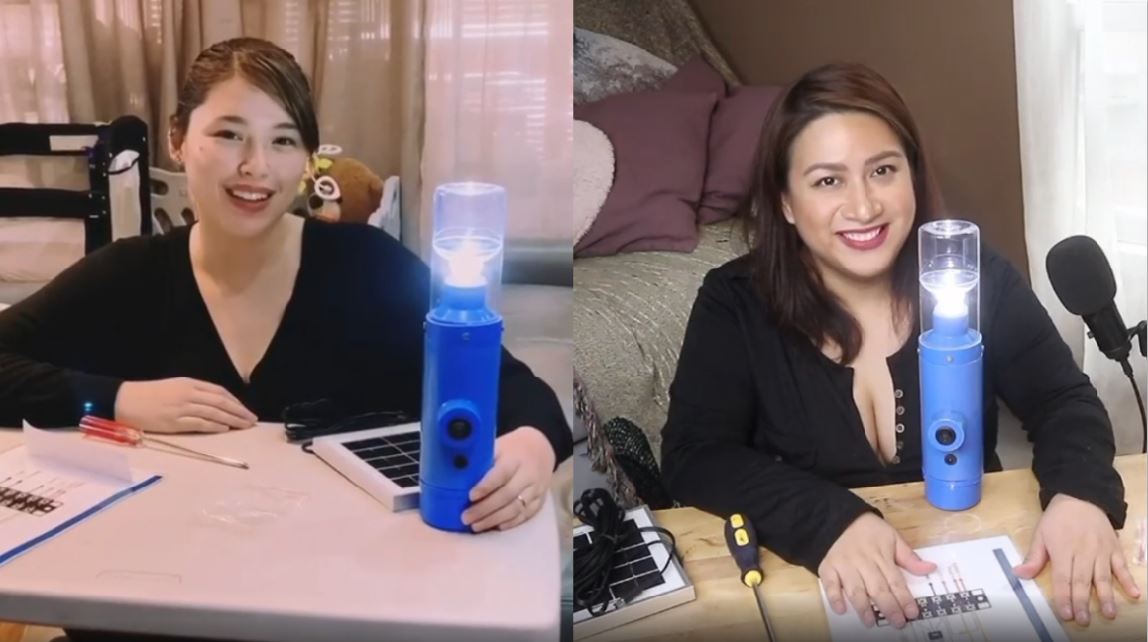 Kylie is best known for her role as “Amihan” in the remake of the popular fantasy series Encantadia.

The GMA Kapuso artist uploaded her assembly process on August 18, 2020, on her social media account with a cinematic feel with the actress showcasing the solar lamp at the beginning.

Kylie, now a proud mother of two kids, built her solar lamp in a time-lapse mode with a quick cameo of her husband – Aljur Abrenica assisting her.

“I feel so proud to be part of this because it feels great to have been able to help a family that has no source of electricity AND that it only requires solar power to regenerate its battery,” Kylie captions her video.

“It’s eco friendly and simple but does so much for families in need of light. I have taken having electricity for granted that’s for sure. This has been so humbling,” added the actress.

Ana was challenged by her sister Ina Feleo, who is part of the 1st batch of celebrity advocates who joined the LIGHT IT FORWARD campaign.

Ana played the role of “Ades” in Encantadia and is a real-life acting coach and stage actress.

She uploaded her video on August 14 and started off with a sincere message to everyone saying:

“In these very trying times, it’s so vital that we be a source of hope, resilience, inspiration, and light to everyone around us.”

In just a few minutes, Ana successfully lit the solar lamp and told the viewers how easy it is to build the light kit.

After the assembly process, she challenged the Kapamilya love team Edward Barber and Maymay Entrata to LIGHT IT FORWARD.

These two talented Encantadia stars are part of the third batch of celebrity solar advocates who join the challenge to LIGHT IT FORWARD.

SEND CHEERS in the comments below to Encantadia stars Kylie Padilla and Ana Feleo for building solar lights for the poor.

Get to Know the Philippines’ 8 new Filipino National Artists