The AI R&D projects ranging from applications in agriculture to the education sector were launched on April 8 by the Department of Science and Technology – Philippine Council for Industry, Energy and Emerging Technology Research and Development (DOST-PCIEERD) to spur growth in the AI industry in the Philippines.

“AI is one of our priority areas as it truly can boost the country and usher us to the fourth industrial revolution. As a powerful agent for good, AI can disrupt traditional processes and provide solutions and opportunities that Filipinos can maximize,” said DOST-PCIEERD Executive Director Dr. Enrico C. Paringit during the virtual launch.

The Autonomous Societally Inspired Mission Oriented Vehicles (ASIMOV) Program, composed of two-component projects, will be implemented by DOST-ASTI and UPMin.

It will take on the challenge of developing AI-enhanced, mission-driven robots working autonomously or with humans to help address society’s needs. In its initial phase, it will focus on laying the groundwork by developing and innovating these key functional modules of intelligent mobile robots: sensing, actuation, control, navigation, and communications.

UPMin will handle the Harmonized Aerial Watch and Knowledge-based Survey (HAWKS) Project, the aerial component of the ASIMOV program, and will primarily conduct R&D towards the development of core technologies necessary for autonomous drone deployment. Unmanned aerial vehicles (UAVs) will be developed for easy monitoring, object detection, and mapping, with minimal human control.

On the other hand, DOST-ASTI will focus on the Robot for Optimized and Autonomous Mission-Enhancement Response (ROAMER) Project. It will develop prototypes of unmanned ground vehicles (UGV) that will help increase the productivity of different industries in the country, especially agriculture. Techs under Project ROAMER are envisioned to monitor, survey, and map agricultural farms for better decision-making and management.

These robots will initially be tested in realistic emulated surroundings and eventually evaluated in actual environments. They will be used as learning platforms for building effective field-ready robots during the later phases of the ASIMOV Program.

UPMin will also spearhead the Philippine Sky Artificial Intelligence Program (SkAI-Pinas). Its main research component is the Automated Labeling Machine – Large-Scale Initiative (ALaM-LSI), which will be conducted in partnership with DOST-ASTI.

SkAI-Pinas aims to bridge the gap between the availability of massive remote sensing data in the country and address the lack of a sustainable technology-based framework that will facilitate widespread processing, systematically and effectively.

It is comprised of an AI knowledge base, including experts, protocol, and an AI repository for models and labeled images to accelerate the workflows of remote sensing applications and fill the gaps in past and present remote sensing projects.

Through the ALaM-LSI Project, AI-based techniques will be utilized to enable the development and deployment of relevant applications and services for Filipinos.

Tremor sensors to monitor the structural health of infrastructures

The system will be made up of less than 50 sensors and will utilize internet of things (IoT) technology and mesh networks that can be installed in buildings, bridges, or metro rail systems. The system will be pilot tested in the cities of Biñan and Sta. Rosa, Laguna before large-scale deployment within cities in Metro Manila.

Once fully developed, the meSHM team will work on the commercialization of the system for it to be used by different infrastructure stakeholders such as real property owners, the Department of Public Works and Highways (DPWH), local government units (LGUs), and city engineers.

This will pave the way for a more complete data collection and analysis, and lead to upgraded studies and more policies on disaster preparedness and prevention that involve vertical and horizontal structures in the different cities in the country.

Another project from DLSU is the Development of Multi-lingual Chatbot for Health Monitoring of Public-School Children Project. The team behind this will create a system that can interpret audio input and can converse with students using two major Philippine languages, Filipino and Bisaya.

To achieve this, they will develop speech and natural language processing models that can provide appropriate and intelligent responses in the form of questions or suggestions.

The information gathered by the healthcare chatbot will be extracted to update the health database of the students stored in the cloud. Health analytics and visualization of the collected data will also be provided for decision-making.

The pilot version of this chatbot will be deployed in public schools in partnership with the Department of Education (DepEd).

To help protect the environment and reduce marine pollution, UPMin will develop a simple, cost-effective technology to monitor and quantify the marine litter in shallow coastal areas.

The UPMin will base its technology on an existing towed optical camera array system for deep-sea monitoring that has undergone sea trials. They will redesign and improve this by adding sensors and cameras to be efficiently used in shallow coastal water surveys.

It will also have a built-in image processing and deep learning or machine learning capability that can identify marine litter, compute the map area covered by litter, and build models for predicting marine litter future scenarios.

UPLB’s goal is to develop an automated software that accepts values from a standard Impedance Spectrometer and uses a machine-learning algorithm to identify electrical, mass, and temperature parameters by looking into the time series plot and plot library. This also involves properly fitting a spectrum with sufficient parameters that minimize common errors in existing numerical fittings.

The developed algorithm will be tested and deployed at UPLB’s Institute of Mathematical and Physical Sciences Instrumentation Laboratory. The laboratory houses projects concerning materials development and testing.

The program will be integrated with a simple user interface that anyone can conveniently use. One does not need to be familiar with the specifics of the program. It can be treated like a black box. The user can just input the values or parameters to be used. The academe, particularly research, and industries involving electronics, semiconductors, food, medicine, and agriculture, are targeted to benefit from this project.

Using an IoT sensor network and deep learning, CarSU will design and develop an intelligent traffic control and management system. It will monitor traffic in a selected area by using various devices that can measure several physical traffic parameters like flow, density, volume, headway, waiting time, throughput, as well as pollution.

Furthermore, the base station will be established and equipped with intelligent behavior and direct policy search capabilities using reinforcement learning to automatically and efficiently manage traffic and to avoid congestion.

To make this possible, the CarSU team will design a road and vehicle traffic simulation with traffic lights based in Butuan City.

They will also develop and test a prototype of intelligent mobile traffic lights and will design web-based or mobile-based applications that will enable easy access to traffic conditions.

Paringit expressed optimism and confidence that these AI projects can prompt progress in the country.

“As a leader and partner in enabling innovations by harnessing emerging technologies, we recognize that these cutting-edge AI projects that will be implemented by government agencies and higher education institutions (HEIs) will be a huge leap for the Philippines as we deep dive into the AI industry and harness its full potential. These projects are a testament of our shared goal of uplifting our nation by making innovation work for the Filipino people,” Paringit said.

A road safety training software for truck drivers is also under development by DOST and TIP.

SEND CHEERS in the comments below to DOST Philippines and its partner schools UP, DLSU, Caraga State U for the Artificial Intelligence Projects launched in April. 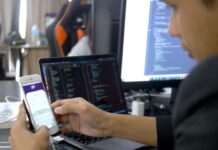 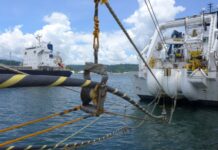 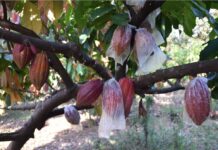