The prestigious Marché du Film’s Cannes Producers Network is putting the spotlight on the Philippine film industry as one of the 7 countries in focus during the world’s biggest film market gathering in France.

Celebrating Philippine cinema’s centennial year, the Film Development Council of the Philippines (FDCP) is leading the Philippine film delegation at the Marché du Film’s Cannes Producers Network slated from May 15 to 21.

The spotlight event for the Philippines is scheduled for May 21 where FDCP will present the country’s biggest film industry players to more than 300 international partners:

ABS-CBN Films, the biggest film production outfit in the Philippines, will have a special participation as the Guest of Honor. 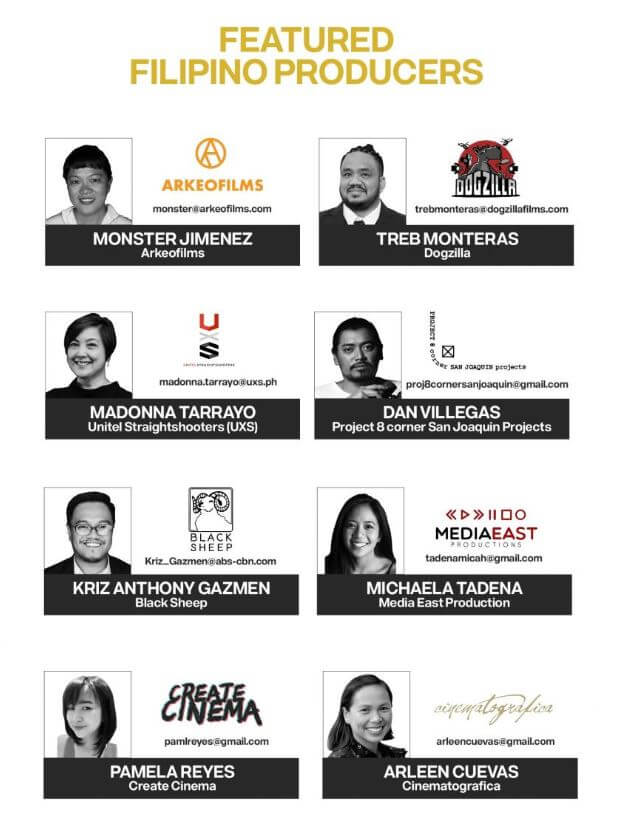 FDCP is also supporting the promising producers who are participating in the event with their latest projects for international co-production:

“This is our second year as the Spotlight Country at the (Cannes) Producers Network, and we are honored to have the opportunity to showcase our voice in the international film scene through the biggest film market and one of the most prestigious film festivals in the world.

Cannes is an exceptional platform for our filmmakers and film companies to share our stories to global audiences, and we can’t wait for them to collaborate with filmmakers from all over the globe and help them turn their dream film projects into reality through international co-productions,” said FDCP Chairperson and CEO Mary Liza Diño in a media release.

The producers and production companies are featured in the Philippines’ Marché du Film Pavilion along the Village International Riviera from May 14 to 23, 2019. They will be joined by BlackOps Studios Asia, Concept One, Epicmedia, Rocketsheep Studio, Sine Olivia Pilipinas, TBA Studios, Unitel Productions, Inc., and Visioncapture to build partnerships and network with content buyers and sellers.

The Philippine Pavilion is at Pavilion 114 in Village International Riviera. The Cannes Film Festival will take place from May 14 to 25, 2019, while Marché du Film will happen from May 14 to 23, 2019.