Celebrity racers are topbilling the return of the Toyota Vios Circuit Championship at the Clark International Speedway this weekend.

Toyota car owners — regardless of car model and year – are being given the chance to race at the Vios Autocross Challenge using race-ready Vios provided by the company. 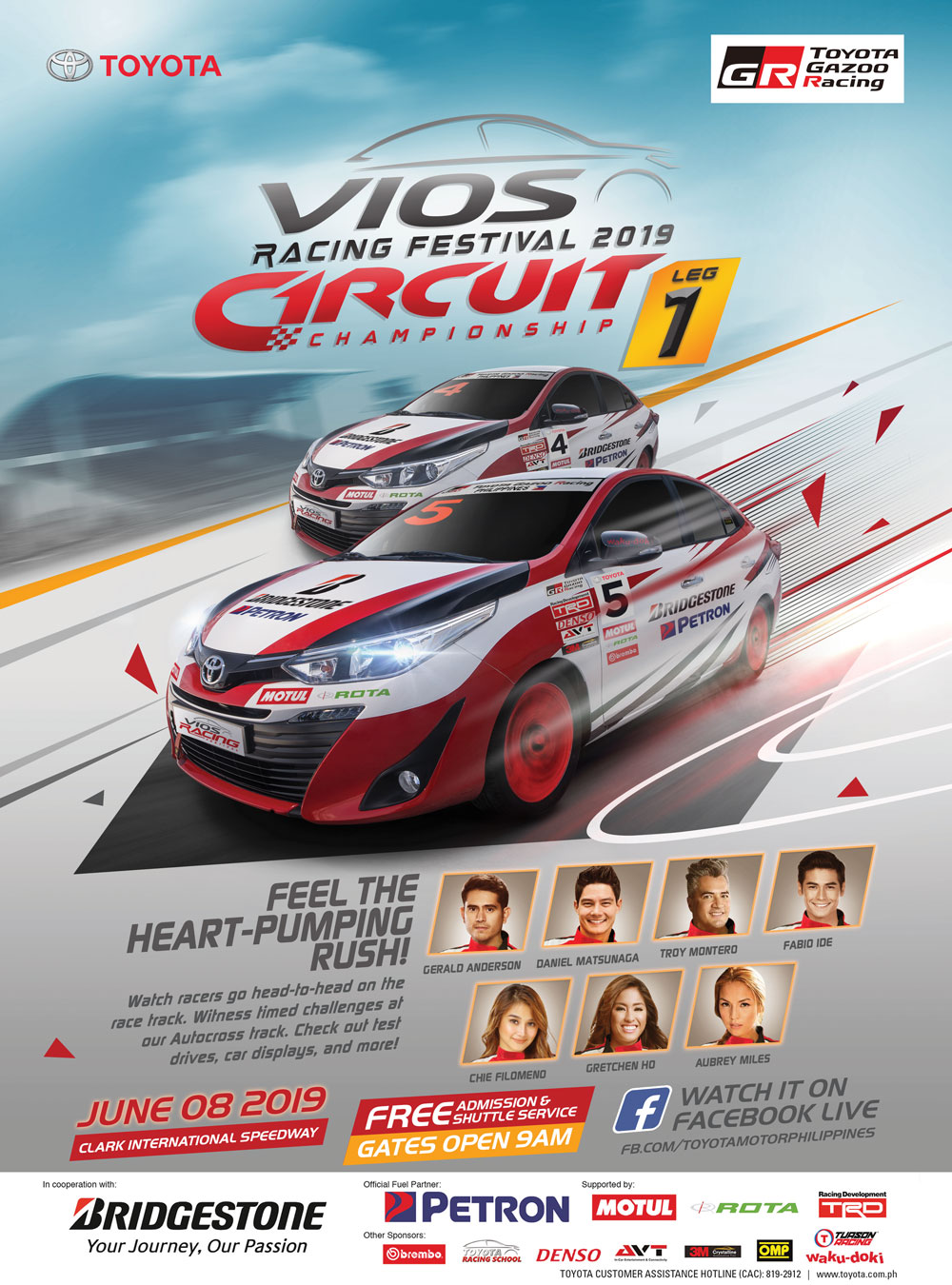 Racing at the Vios Circuit Championship on Saturday, June 8, are the following celebrity racers:

“It’s the first time that the All-New Vios model will be tested at the racetracks since its debut as a pace car in 2018’s Filinvest leg. We made sure that aside from speed, the Vios is also a built for precision and safety,” announced Toyota Motor Philippines (TMP) Vice President Elijah Marcial.

Toyota will present the One Make Race (OMR) Vios racecar modified for optimum handling and performance for the two racing formats.

The Autocross Challenge pits drivers, one at a time, navigating through an obstacle course in a timed competition.

The Circuit Championship classic format will have drivers simultaneously racing in laps against each other.

Up for grabs are 3championship titles at the Vios Circuit Championship:

Toyota car owners who can drive manual transmission cars are invited by Toyota to share their thoughts online for a chance to race at the Vios Autocross
Challenge. No prior motorsports experience is required. The Facebook promo can be accessed through this link: http://bit.ly/joinVRF

The five (5) lucky winners with the best captions will be contacted by official representatives from Toyota Motor Philippines and will be provided with race-ready Vios units during the event.

The Toyota Vios Racing Festival is held in cooperation with Bridgestone; supported by Petron, Motul, and Rota; and other sponsors Brembo, Denso, AVT, 3M, OMP, and Tuason Racing.

Admission is free, and gates open at 9AM of Saturday, June 8.

TELL US how much you want to see the Toyota Vios Circuit Championship race at the Clark Speedway!