Filmmaker-actor Vince Tañada’s movie version of his award-winning 2016 stage musical was the biggest winner at the recent FAMAS event, grabbing 7 major awards out of 17 nominations from the Philippine film industry awards that honor filmmakers, actors, and movie industry workers.

The musical drama film about Philippine history under the late president Ferdinand Marcos Sr. was awarded on July 30 with the following honors:

The “Katips” cast including veteran actors Mon Confiado and Dexter Doria, actor-model Jerome Ponce, Adelle Ibarrientos, Sachzna Laparan, and Tañada himself, together act, dialogue, and sing about the fight of the anti-Martial Law movement against the abuses and corruption of the Marcos dictatorship in the 1970s through the early 80s which ended with the People Power Revolution in 1986.

The film’s cast says their mission is to help make the youth aware of the realities of the Martial Law period in Philippine history.

“As an artist, it is also our objective not just to entertain people but more importantly that we are here to educate. So, we also want to educate the young about the atrocities of martial law,” said Tañada, who plays the role of writer Ponyong.

“Huwag po nating maliitin ang kasaysayan sapagkat sa pamamagitan lamang ng pagtanaw sa ating nakaraan ating lubusang maitutuwid ang ating kinabukasan (Don’t underestimate the value of history because it’s only when we look back at our past that we can correct our course to the future).”

“Katips” challenges the depiction of the Marcos era stories presented by the film “Maid in Malacañang” which also premieres on the same day.

The award-winning film was first introduced to the public on September 21, 2021, the 49th anniversary of Martial Law.

“In the midst of uncertainty, there’s no other passion that can pull us back to freedom but the burning fire that hides within each of us. #Katips is a tale of the young, in their fight for their ideals, how big can one get against a force too much bigger than yourself,” says the caption to the Katips trailer released on YouTube by Philippine Stagers Foundation.

Vince Tañada, grandson of human rights lawyer and anti-Martial Law mover Senator Lorenzo Tañada, provided the backstory to both the musical play “Katips: Ang Mga Bagong Katipunero” and the movie “Katips” (short for Katipunan/Katipunero, the secret organization which revolted against Spain in 19th century Philippines) which he penned.

“Maraming dapat ipaglaban sa buhay, ang problema, kadalasan kapag nakikipaglaban ka, wala kang panahon o kaya wala kang kakayanan (So many things to fight for in life but the problem is when you do fight, you lack the time or the capability) – the proper resources to fight for something you really believe in. And given these resources and given this time, for me to do it now, why not? So, I did this,” Tañada explained in a behind-the-scenes video of the film.

WATCH the “Katips” full trailer here and SHARE THIS STORY to cheer on the FAMAS Best Film winner! 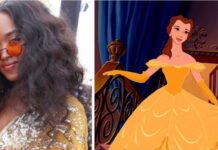 H.E.R. plays 1st Black-Filipina Belle of Beauty and the Beast in anniversary show