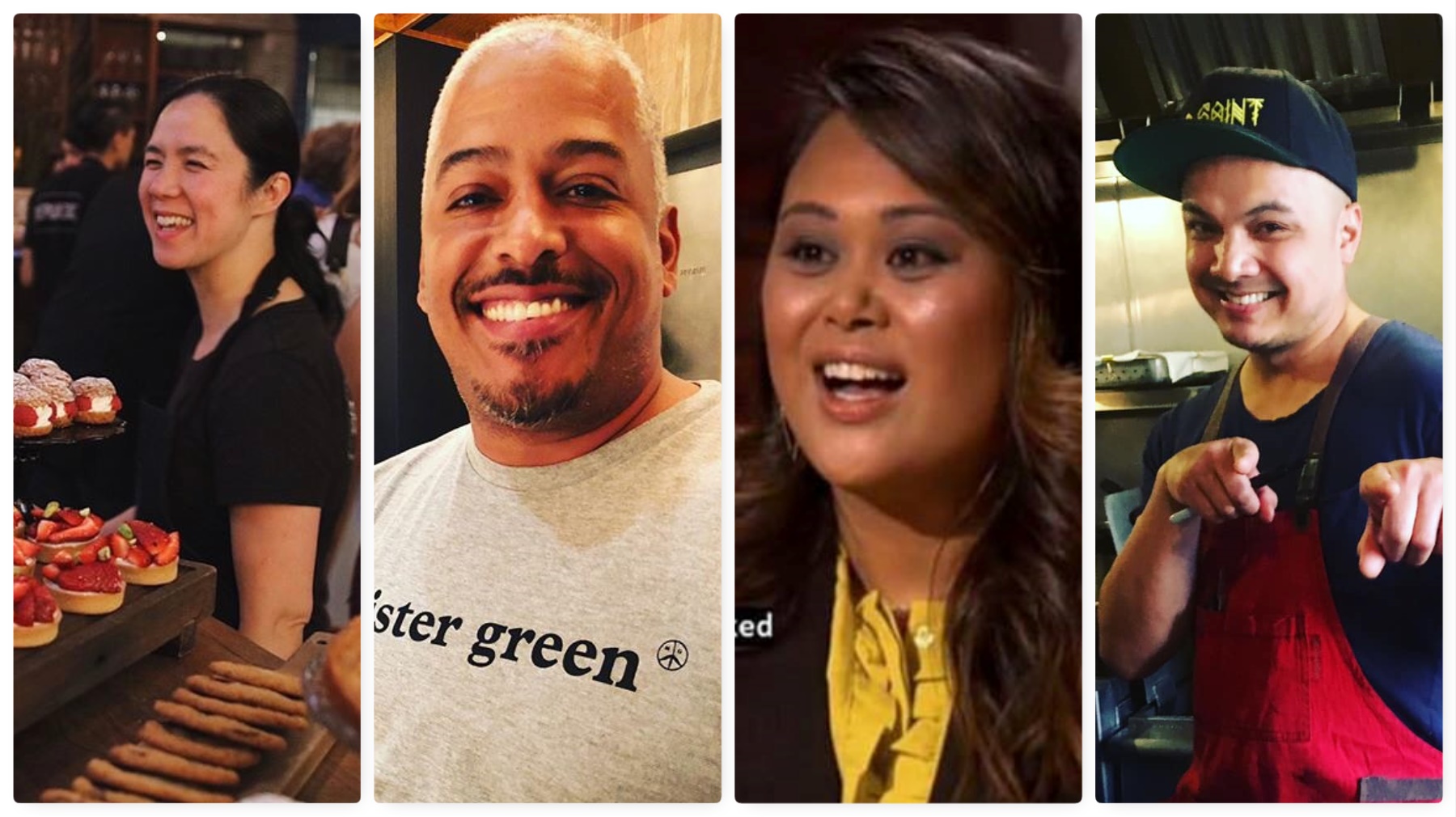 Filipino chefs Tom Cunanan of Bad Saint and Margarita Lorenza-Manzke of République, writers Nicole Ponseca and Miguel Trinidad – what do they have in common? They each earned a finalist spot in America’s prestigious annual James Beard Awards.

Chef Tom Cunanan of the multi-awarded Bad Saint in Washington, D.C. picked up his 3rd-in-a-row finals appearance vying for the Best Chefs in America – Mid Atlantic – given to “chefs who set high culinary standards and also demonstrate integrity and admirable leadership skills in their respective regions.”

Chef Margarita Lorenzana-Manzke of République, Los Angeles picked up her 3rd-in-a-row finalist nomination as Outstanding Pastry Chef given to “a pastry chef or baker who demonstrates exceptional skill, integrity, and character in the preparation of desserts, pastries, or breads served in a restaurant.”

Artisan Books’ “I Am a Filipino: And This is How We Cook” writer-restaurateur Nicole Ponseca and Chef Miguel Trinidad of Maharlika New York City and of Jeepney NYC together earned a finals berth in the 2019 James Beard Foundation Book Awards for cookbooks and other non-fiction food- or beverage-related books that were published in the U.S. in 2018.

Nicole Ponseca and Miguel Trinidad will vie for the 2019 Media Awards to be announced on April 26, 2019 at Pier Sixty at Chelsea Piers in New York City.

Tom Cunanan and Margarita Manzke will vie for the 2019 James Beard Awards in Gala ceremonies scheduled on May 6, at the Lyric Opera of Chicago.

Send your congratulations and good luck in the comments below for our Filipino-Americans who are championing culinary excellence!