Filipino aviation security guard Albert Bautista has been praised for his honesty after finding and returning a passenger’s lost personal belongings and cash worth 1.4 million pesos.

The lost bag, which contained 1.4 million pesos and valuables, was eventually returned to its owner after airport staff inspected its contents and discovered the identification cards of a public official from Basilan.

The mayor said Bautista was the first security personnel who saw his bag which was then promptly turned over to the lost and found section of the airport.

The social media post garnered positive reactions and comments from netizens who lauded the security worker for his integrity and kindness.

Bautista received a certificate of commendation for his good deed in an awarding ceremony on January 10, 2023.

The official Facebook page of the Ninoy Aquino International Airport MIAA said that Bautista has been working as a security guard for 12 years and has previously surrendered numerous lost items he found at the airport.

The airport worker encouraged his colleagues to do the right thing and return any lost belongings to their rightful owners.

Security personnel praised for their noble deeds include Ricardo Caluna of Aleosan, Cotabato, who returned over PHP150,000 in cash, and four coast guard personnel who helped return a lost wallet containing more than PHP10,000 in cash and identification cards.

SEND CHEERS in the comments below to Filipino aviation security guard Albert Bautista for being a good example to others and returning lost personal belongings and cash worth 1.4 million pesos. 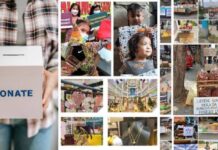 5 Meaningful Ways to Give Back Love this Christmas Season