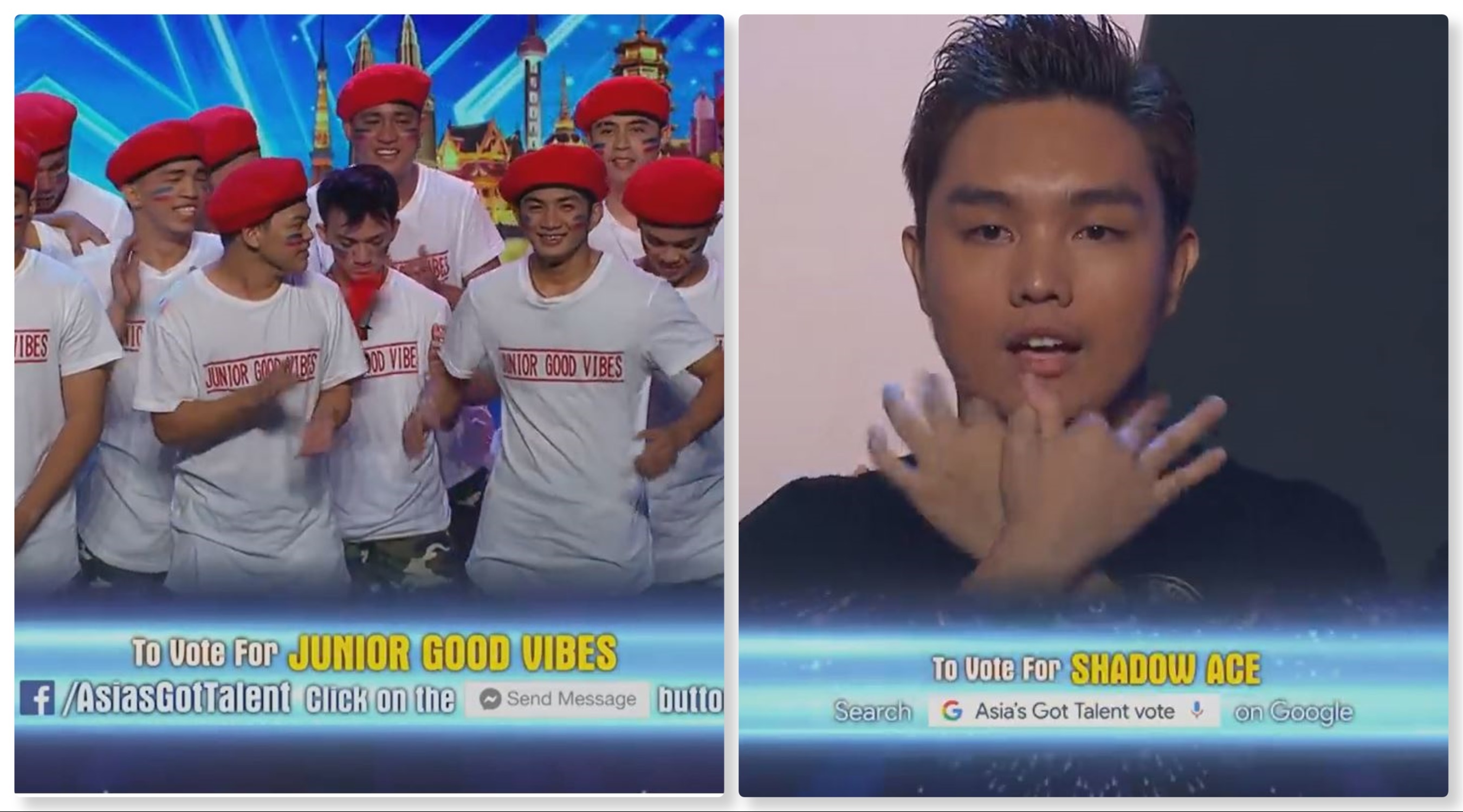 Four more Pinoy acts who went through the semi-finals – Eleana Gabunada, Power Duo, HK Sisters, and Rock Opong vie for the final two spots in the AGT finals, to be revealed also on April 4.

The Philippines is looking at once again dominating the AGT stage after winning the inaugural 2015 season – with shadow play group El Gamma Penumbra emerging as the Grand Champion and opera singer Gerphil Flores in 3rd place, with dance crew Junior New System and singer Gwyneth Dorado also in the finals show. In the 2nd season, DMX Comvaleñoz, a dance group from Compostela Valley, finished runner-up.

In the 2019 season premiere, Filipinos received standing ovations and appeared poised to again dominate the talent competition. The Filipinos are vying for the chance to win the grand prize of $100,000 (more than P5 million).

Philip Ace Galit a.k.a Shadow Ace, who received the golden buzzer in the audition show, was voted by the public into the grand finals.

Teen singer Eleana Gabunada, another golden buzzer act, is waiting to see if she garnered enough votes from her Semi-finals Batch 2 performance to get to the finals show.

The power operatic singing of Hong Kong Sisters Harrah and Hannah, and the dancing couple Power Duo are also vying for a finals slot after their Semi-finals Batch 3 performance.

Rock Opong ricked his way through Semi-final Batch 1 to also be in the running for a finals slot.

Show some love in the comments below for our Filipino world class acts showcasing the Filipino talent on the AGT stage and watch them on April 4 at 8:30PM!