Karen Gallman is the 3rd Filipina beauty queen to claim a pageant crown within weeks of each other – following Catriona Gray who won the country’s 4th Miss Universe crown in December 2018, and Francesca Taruc bagging the Miss Tourism World 2019 Intercontinental in China early January.

The Filipina-Australian beauty with roots in Bohol and Brisbane, Australia won the country’s first crown in Miss Intercontinental’s 47-year-history.

Miss Philippines bested more than 80 candidates from all over the world and was hailed as winner in the coronation night held in Mall of Asia Arena in Manila.

Even before her triumph in international pageantry, the newly crowned Miss Intercontinental has been participating in local pageants since 2012.

GoodNewsPilipinas followed Karen Gallman’s journey from being a pageant repeater to a Filipino Pride champion today. 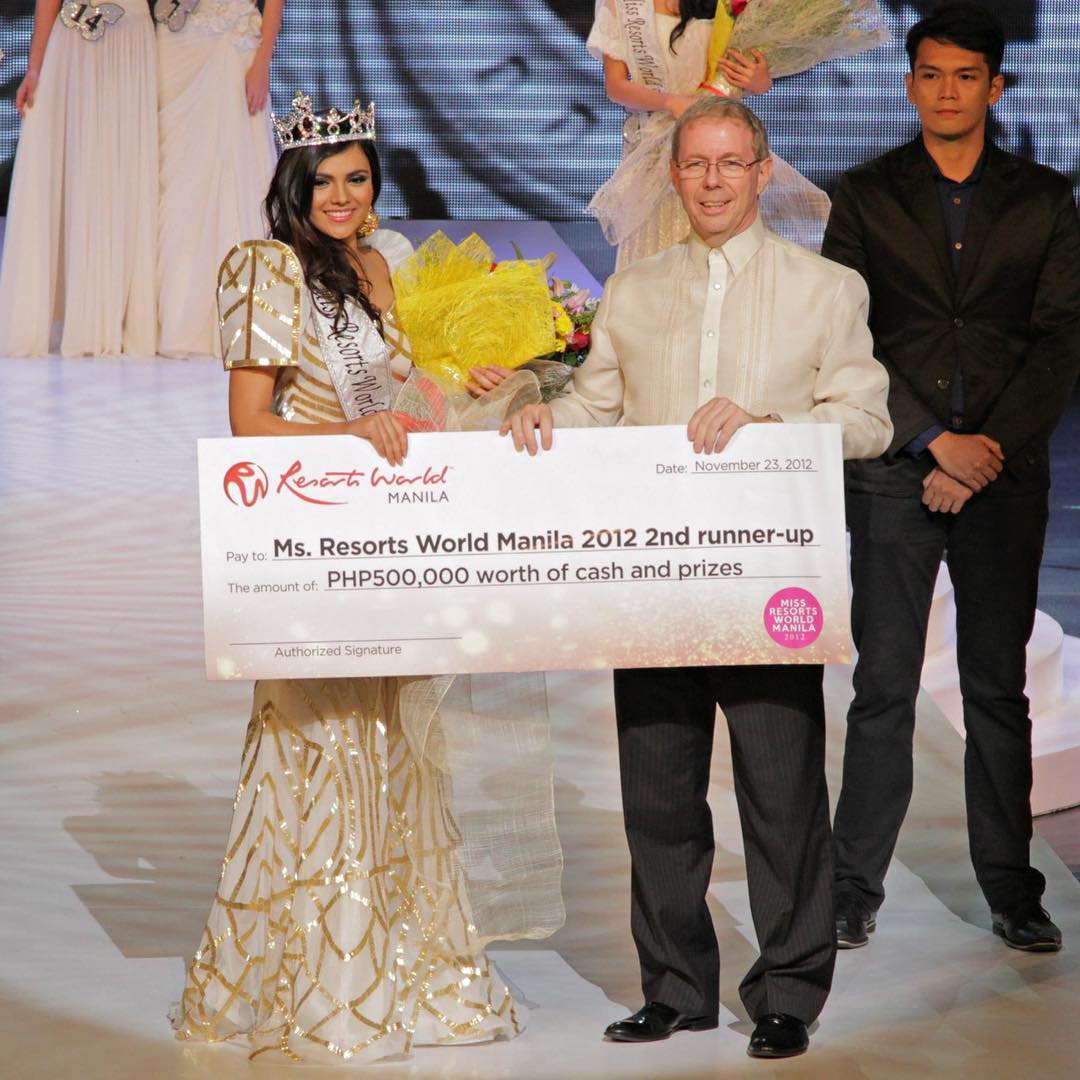 Karen Gallman first joined Binibining Pilipinas, the biggest and most prestigious pageant in the country, in 2012. She won Miss Photogenic Award but landed only in the Top 15 and failed to grab any of the Binibini crowns.

After her pageant stints, the then-19-year-old beauty queen finished her studies and had a successful career as operations analyst in London , a job which brought her to different parts of the world. 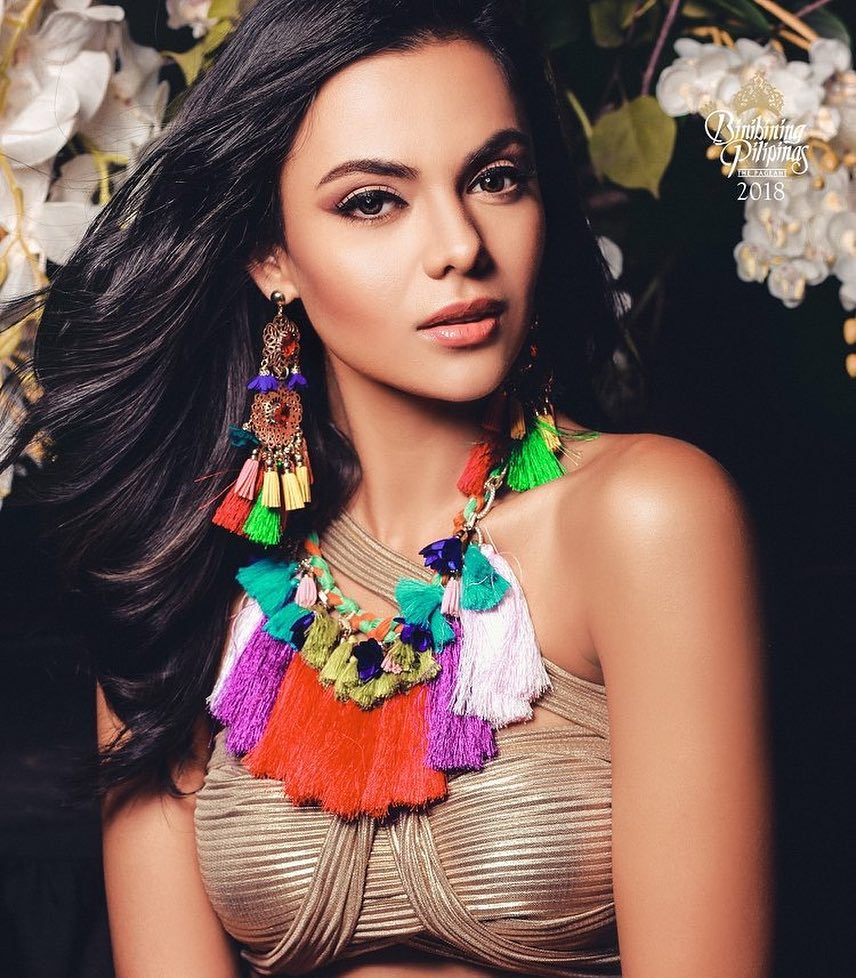 In the interview before the pageant, the beauty queen revealed why she joined the pageant again. “When I first joined Bb Pilipinas, Instagram wasn’t popular back then. So ngayon (now), it’s very big and everyone’s just fanatic about Bb Pilipinas, so you have a lot more fans. And I think it’s a good thing as well because we’re trending our advocacies we can share to everyone.

But the difference now is that, back then, I was only 19 years old. And I wasn’t really ready physically, emotionally…but now, I’ve gained work-life experience through education and my job in London as an analyst. I feel that I am more ready this time around and equipped to be the next titleholder,” she said.

And she finally made it to the international pageant stage – giving the Philippines a historical first Miss Intercontinental crown. 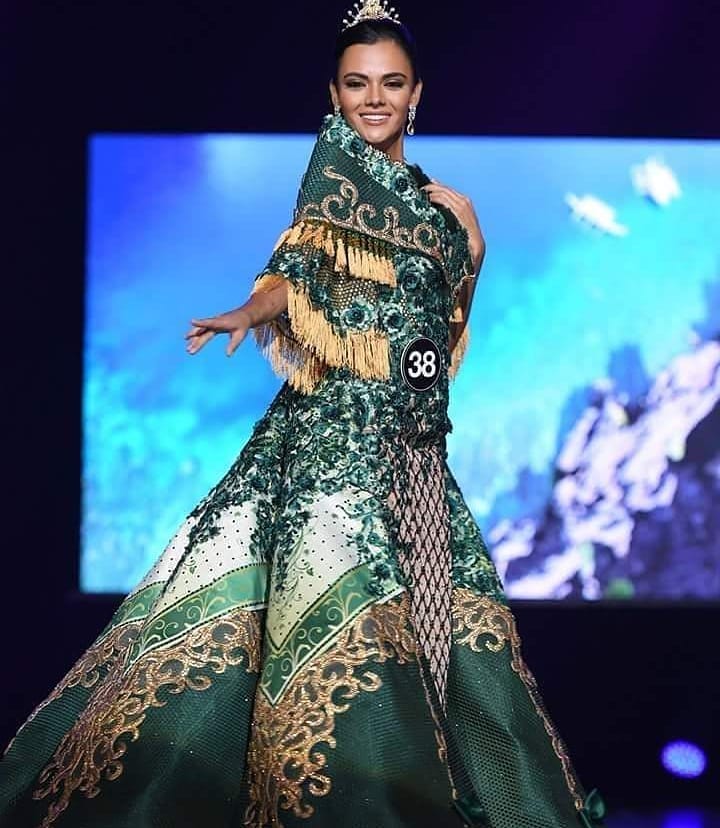 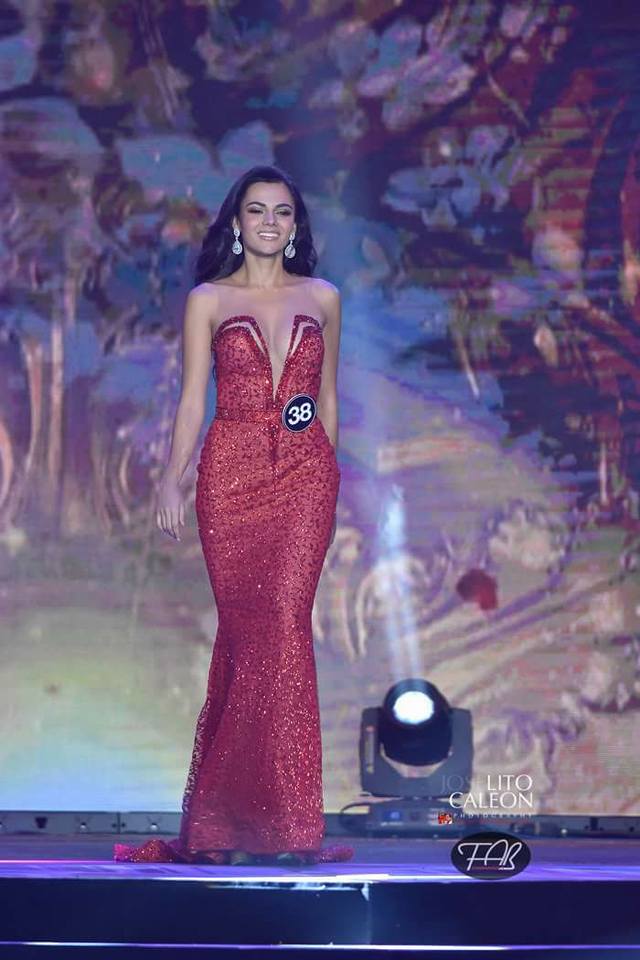 Bohol’s pride Karen Gallman wore a red gown designed by Benj Laguiab IV. She bagged the Binibining Pilipinas-Intercontinetal crown through her sweet and elegant ‘pasarela’ and for answering the question about her opinion on having a third restroom for the transgenders.

She anwered, “I definitely agree there should be a third restroom for transgender because as women, we would like privacy, and also with men. We have a separate room for the transgenders to serve as equality and privatization (sic).”

Her answer earned buzz from netizens so after the pageant she made a clarification.

Weeks prior to the competition, Karen Gallman released an introductory video highlighting her achievements and showcasing the beauty and history of the Philippines.

Japan was originally the host country for the pageant, however, the organizers failed to secure a venue as Japan is busy preparing for Tokyo Olympics next year. The dates were then rescheduled and venue changed to Manila. Gallman said in the video that it would be an advantage to compete in an international pageant before the “best crowd” – the Filipino audience. She also found it as an opportunity to showcase the beauty of the country. 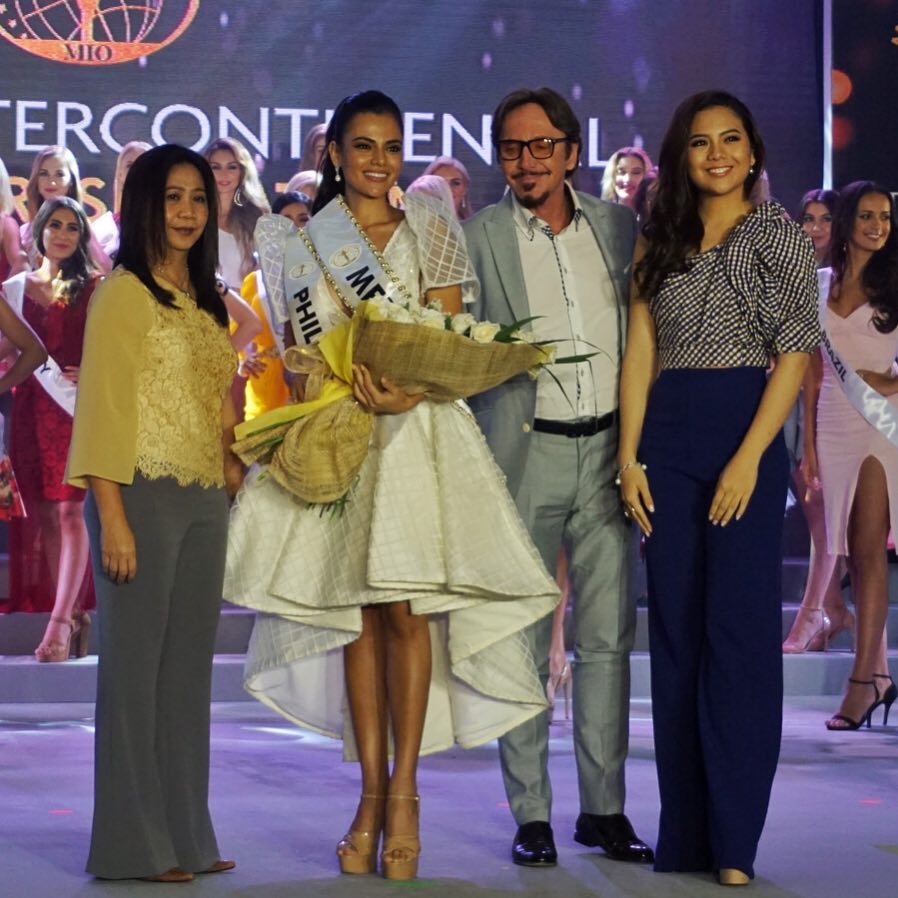 During the Miss Intercontinental media presentation held in Sofitel Philippine Plaza on January 10, the Philippines’ candidate walked the runway in a modern and white Filipino terno designed by Ray Bien Maglonzo.

In the preliminary round, the Filipino-Australian stunner bagged her third pre-pageant award “Miss Body Beautiful.” 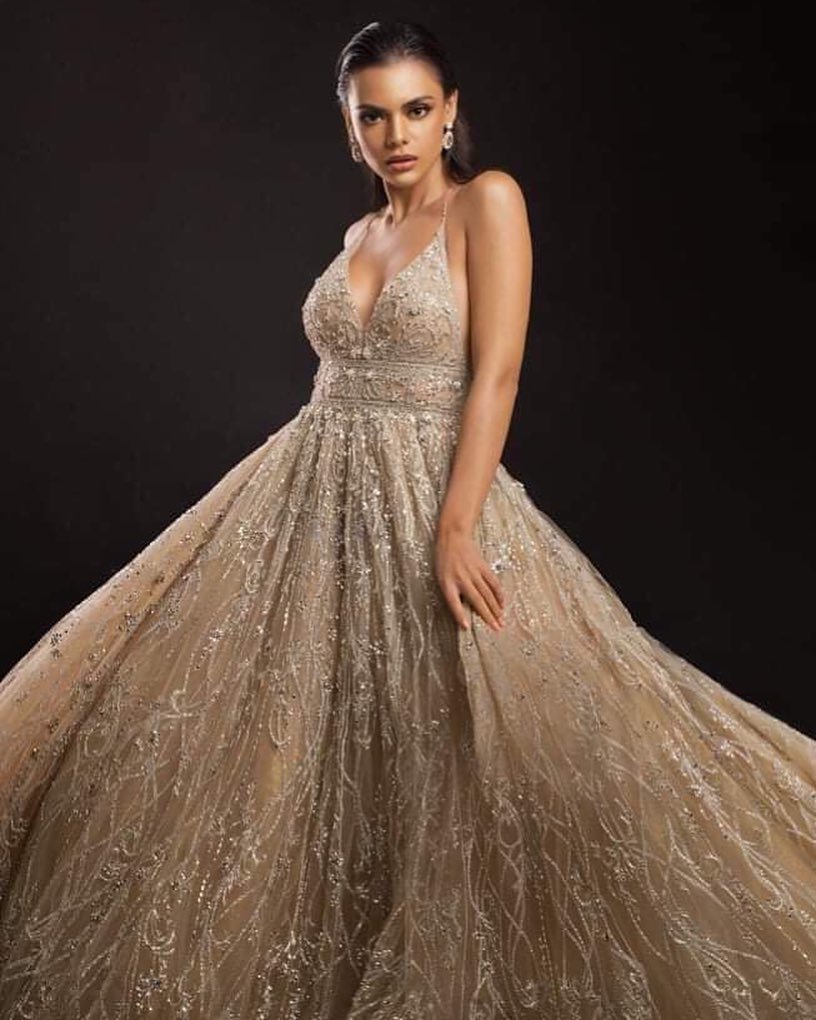 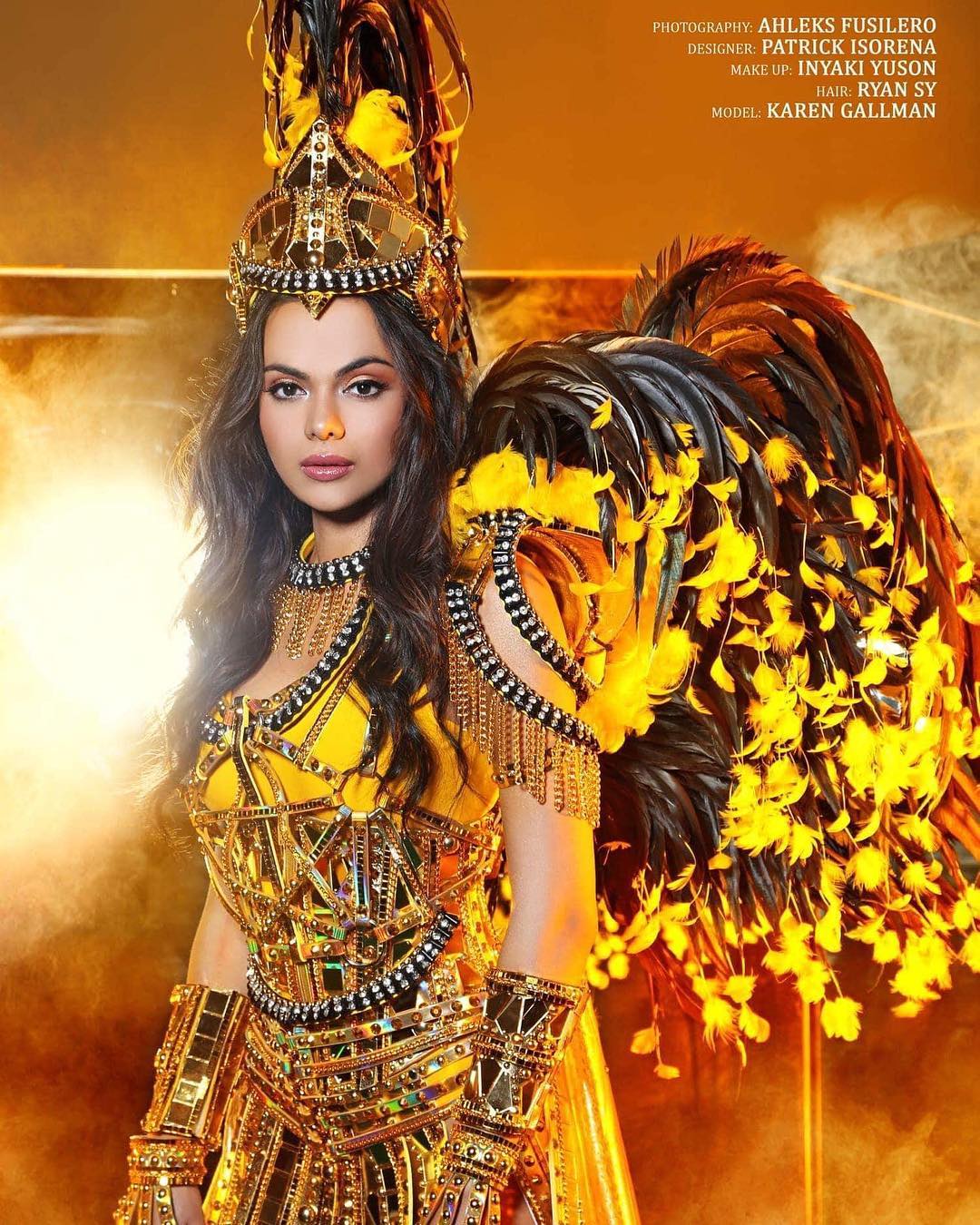 Gallman wowed the audience when she entered the stage for the national costume competition in her Moriones-inspired attire from the Lenten Festival of the island of Marinduque where people dress up and wear masks in the likeness of Roman soldiers during biblical times.

The costume designed by Patrick Isorena was adorned with feathers, said to be inspired from a prominent bird in the culture, art and literature of Maranao people, the Sarimanok. 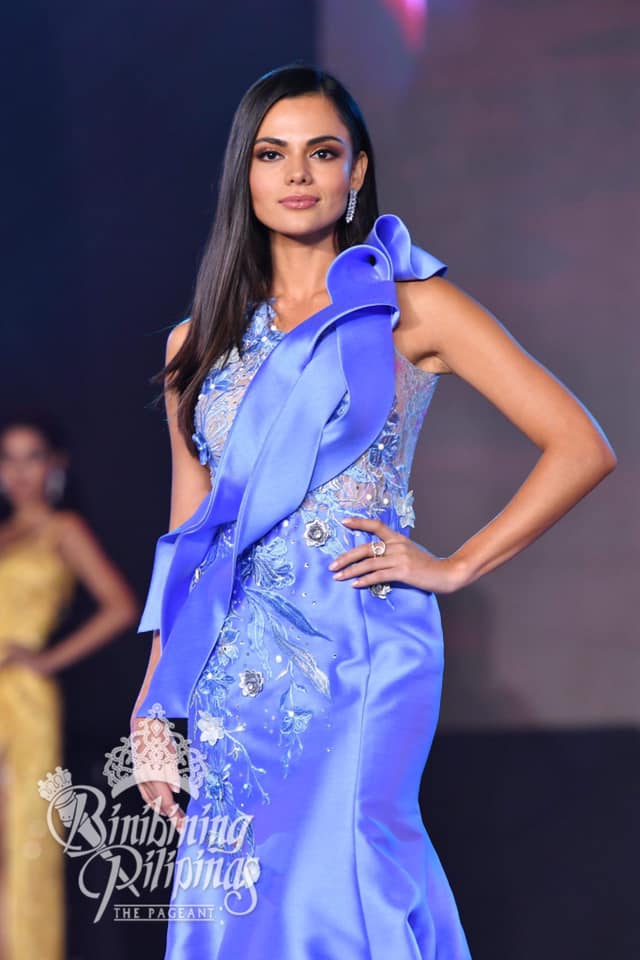 Gallman sealed her victory with her answer to the question of her definition of success.

“For me, success is not just winning in life but setting goals, small goals, and achieving your dreams and working hard for everything you want. And always looking up to God and being thankful for everything. For me, that is success,” the newly crowned Miss Intercontinental said during the Question and Answer portion.

Before joining the Binibining Pilipinas pageant in 2018, Gallman had been a vocal advocate of education.

“One of the things that excites me is to promote my advocacy which is to improve compulsory education in the rural parts of the Philippines,” she said, lifting from her personal experience during her early years in Bohol.

“Having been born and raised in Bohol, I attended primary school there, and looking back, I witnessed the hardships students underwent just to attend primary school. And I realized that there’s a huge lack of teaching materials and quality in secondary and primary education. That’s why it excites me to be able to be given this opportunity to promote my advocacy.”

The newly crowned Miss Intercontinental, Karen Gallman, can now pursue her advocacy throughout her reign while enjoying her cash prize of 15,000 USD and a one year management contract.