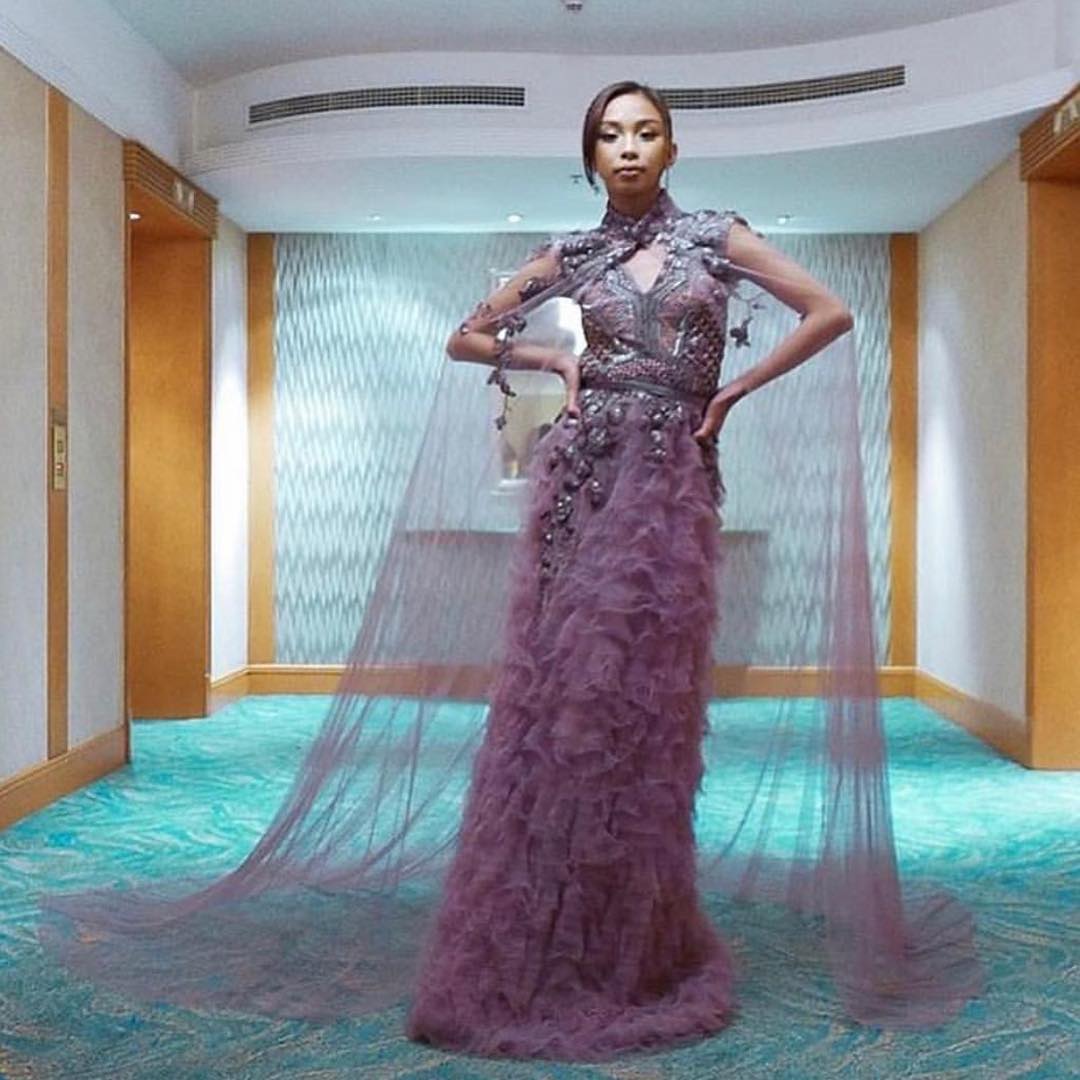 Reality show winner and actress Maymay Entrata has been invited by Amato Couture to the casting call for the Arab Fashion Week.

Entrata will become the first Pinay to walk on the prestigious runway if she makes it through the auditions.

If Entrata makes the grade she will follow in the footsteps of another Pinay beauty, model Kelsey Merritt, who recently caught global attention as she became the first Filipina to walk the Victoria’s Secret Fashion Show in New York.

Maymay Entrata may also possibly be one of the Filipino models who have made successful runs on AsNTM together with Maureen Wroblewitz who won the title in the 2017 AsNTM Cycle 5 and Adela Mae Marshall who made the finals in the AsNTM Cycle 6.

Entrata’s Arab Fashion Week sponsor, Amato Couture, is founded by Dubai-based Filipino designer Furne One who has been dressing up the actress for her various appearances.

The Filipino actress has no formal modeling training but she has revealed in interviews that it was her dream to become a model.

Maymay Entrata, the PBB Lucky 7 Season winner, has since been doing the catwalk for various designers including world-renowned Filipino fashion guru Rajo Laurel who has said she was his dream model.