Internationally renowned Filipino singer Morisette Amon landed a spot in the Top 10 of the prestigious Billboard Next Big Sound Chart (NBS) in the United States.

The Aladdin’s A Whole New World singer, made it to 7th place of this week’s NBS that tracks and lists musical acts of fast-rising artists globally.

Amon debuts in the international music weekly chart at No. 7 behind American contemporary Christian music and worship band Cloverton.

The Asian Dream’s co-host of Michael Bolton was recognized as one of the top artists most likely to become the next big sound who stand out in their recent performances.

The 24-year-old singer is the only Filipino who made it to the Top 10. 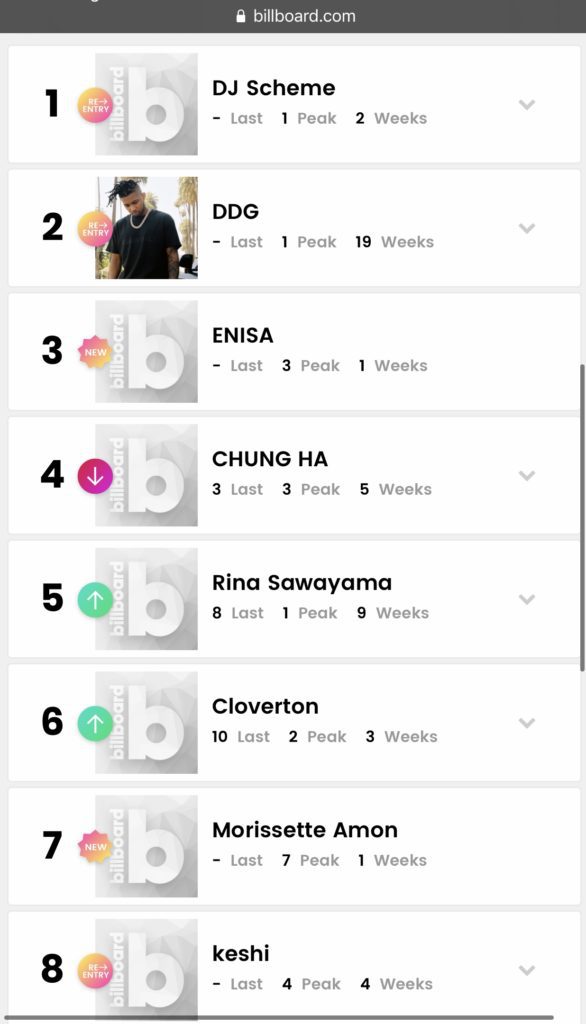 Morisette’s fans quickly rejoiced over the milestone of their idol by posting on social media on December 22, 2020, congratulatory messages:

“Congratulations @itsmorissette !!!🎉🎊🥰
Morissette ranks 7th on Billboard Next Big Sound this week, making her the only Filipino act in the Top 10. We are so proud of you!!

Morisette Amon rose to stardom after competing in the first season of ABS-CBN’s “The Voice of the Philippines” where she became part of Sarah Geronimo’s team.

The “Asia’s Phoenix” was able to build her singing career internationally and was able to appear in Disney’s Aladdin A Whole New World music video in 2019 and was able to perform a duet with its composer Alan Menken in Tokyo.

SEND CONGRATULATIONS in the comments below to Morisette Amon for being on the list of the US Billboard Next Big Sound Chart!