The New Zealand Parliament gallery broke out in song as its newest member, Paulo Garcia, was welcomed to the legislator’s chamber.

The New Zealand House of Representatives gallery was a sight to see and hear while men and women clad in Filipino traditional clothing of Barong Tagalog and Filipiniana terno were singing the popular “Pinoy Ako” of the Filipino band Orange and Lemons.

Good News Pilipinas talked to a KiwiNoy teaching in New Zealand, who witnessed MP Paulo Garcia’s delivery of his maiden statement, about the crowd’s view from the gallery.

HOW THE SINGING STARTED

The Speaker of the House of Representatives announced the permission of the singing of a “waita (song)” at the end of MP Garcia’s speech.

KiwiNoys a.k.a Kiwi-Pinoys and supporters of the first KiwiNoy Member of Parliament then sang after MP Paulo Garcia delivered his stirring and inspirational maiden statement.

The New Zealand Parliament video camera showed people in the public gallery standing and singing the original Pilipino music (OPM) song while MP Garcia was welcomed with handshakes, embraces, and cheers from the other MPs.

SEE OPM singers lending their voice to call for unity after the elections.

It was a proud moment for Filipinos. The “Pinoy Ako” pop song was probably never before sung with such patriotic fervor.

Good News Pilipinas (GNP):
You are a teacher in New Zealand and despite your busy schedule, you made time to attend MP Paulo Garcia’s maiden statement?

Ian Galvan (IG):
An invite was sent out to all KiwiNoys to attend the said event. Since it was a historic event I made sure I have to witness it. First ever Pinoy in the parliament, how can you miss that! 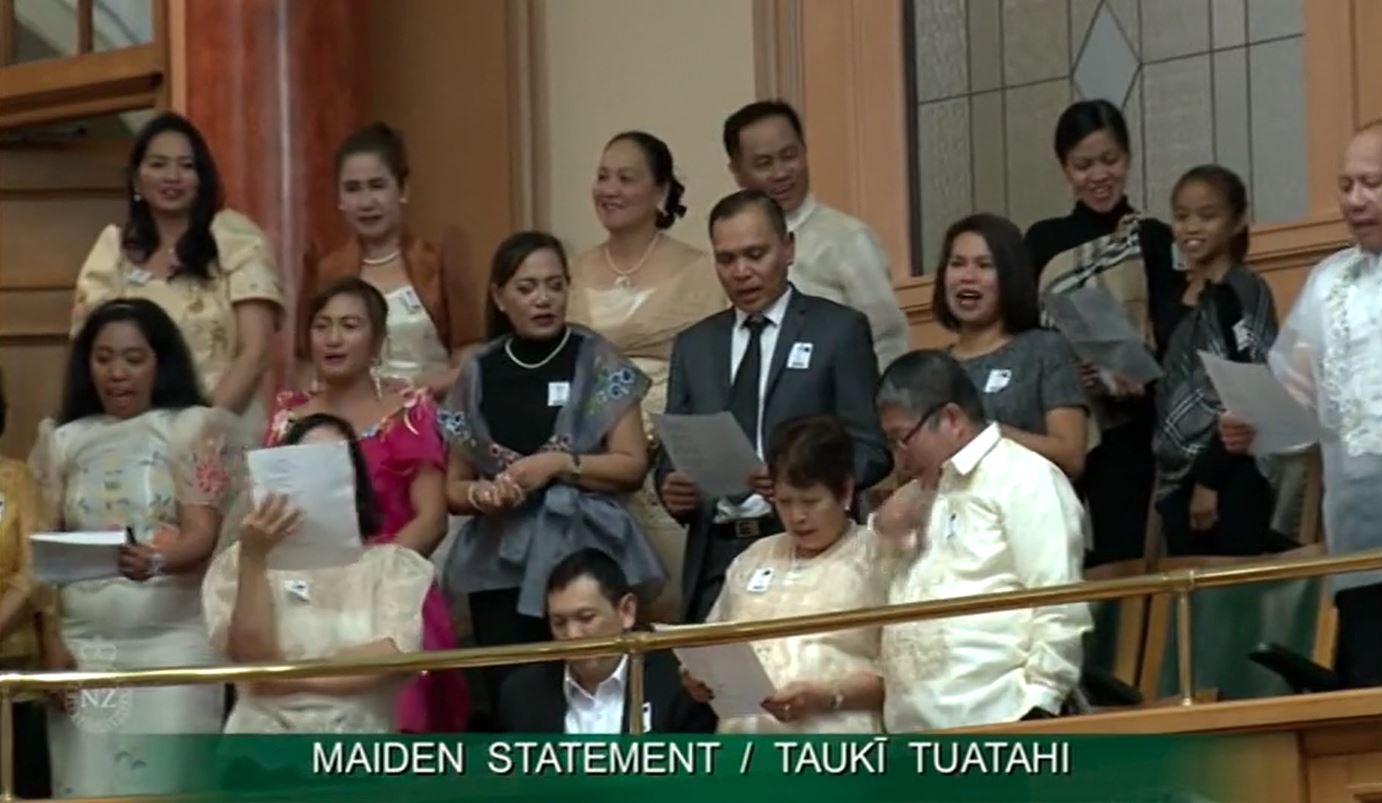 IG: Who wouldn’t know Paulo in NZ? A God-fearing individual, selfless, hard-working and would always be willing to help others.

GNP: What was the mood in the public gallery while Paulo Garcia was delivering his speech?

IG: I was really nervous for Paulo. During that time I was more curious on how his colleagues from different political parties would respond. But as soon as he uttered his first few words in Tagalog, I was like OMG this person was truly special. 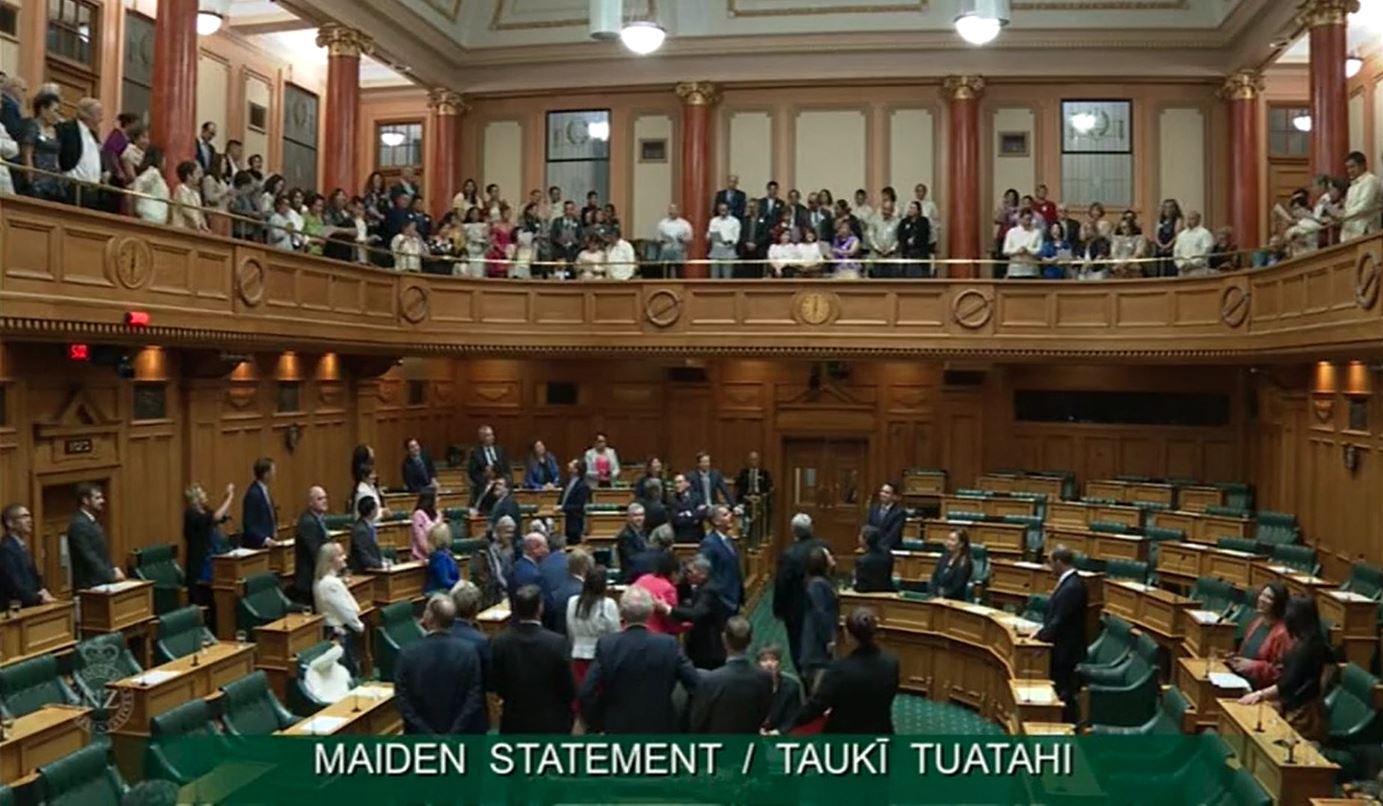 As he went on with his speech, I could see the nod of approval not only from his own party (The National Party) but also from the opposing party.

It felt surreal that finally, a Filipino is in that podium! A voice to everyone and a force to reckon with in the Parliament.

GNP: What was your favorite part of MP Garcia’s speech?

IG: My favorite part was when he talked about the importance of putting God first in everything you do, values and principles over personal accolade. Lastly, his sincerity to give back not only to Filipinos here in NZ but to all its citizens, too.” 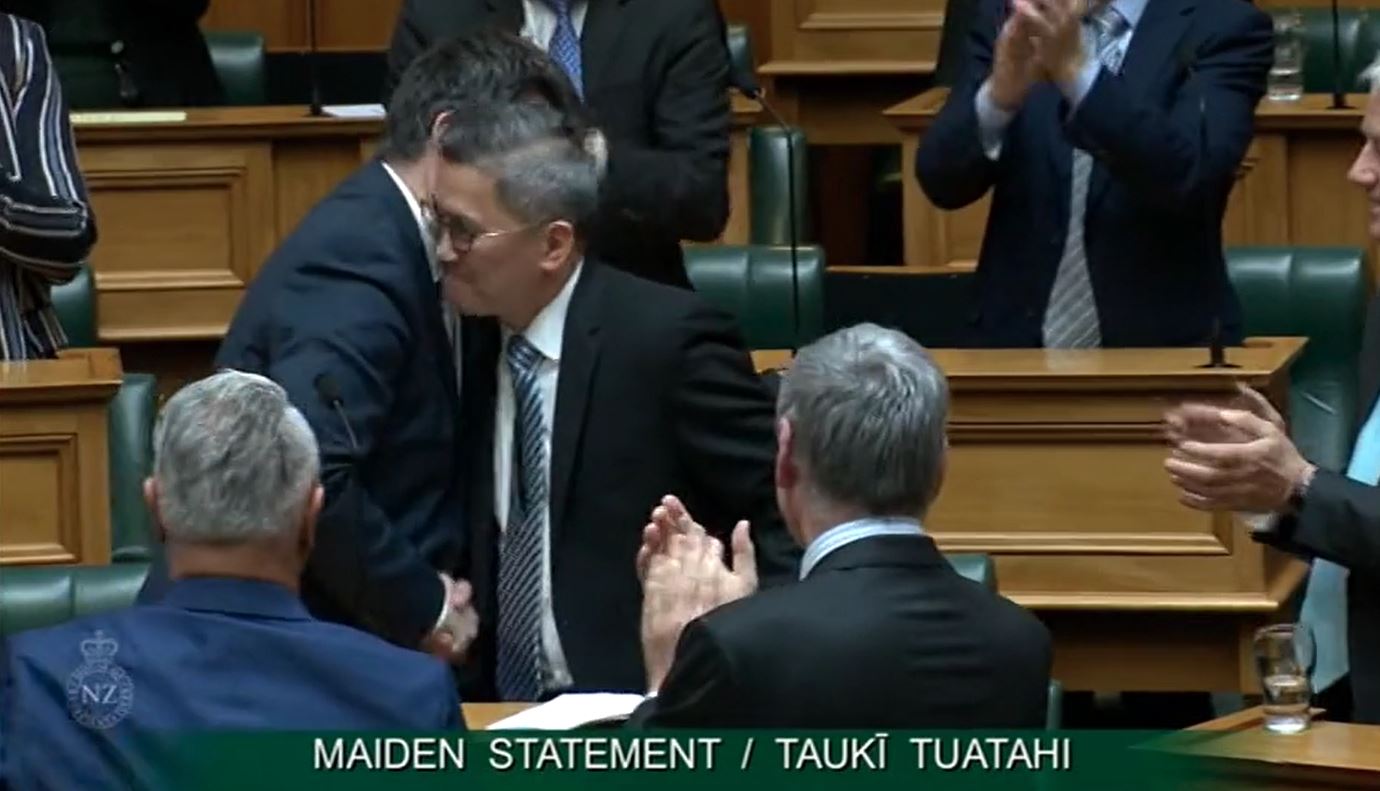 GNP: Please tell us about the song you sang with the public in the gallery.

IG: A Filipino song in the parliament. That is something special, right! People sang it with conviction, some of them were crying while they’re singing it too. The best part was when other MP’s in the Parliament joined in by clapping their hands, trying to catch the beat of the song. Kakakilabot talaga!

The rawness of the song. Yung hindi rehearsed but was sang with passion. Love love love!

But I have to say kudos to many independents, KiwiNoys, church groups, and most especially to Pinoys GO National who made this historic event possible.

Russell Siayngco led the singing in coordination with Cherry Thelmo-Fernandez from the National Electorate of New Lynn.

WATCH the emotional scenes of the New Zealand Parliament gallery singing a Filipino song as a tribute to the first KiwiNoy MP. TELL US in the comments below your own source of Filipino Pride!