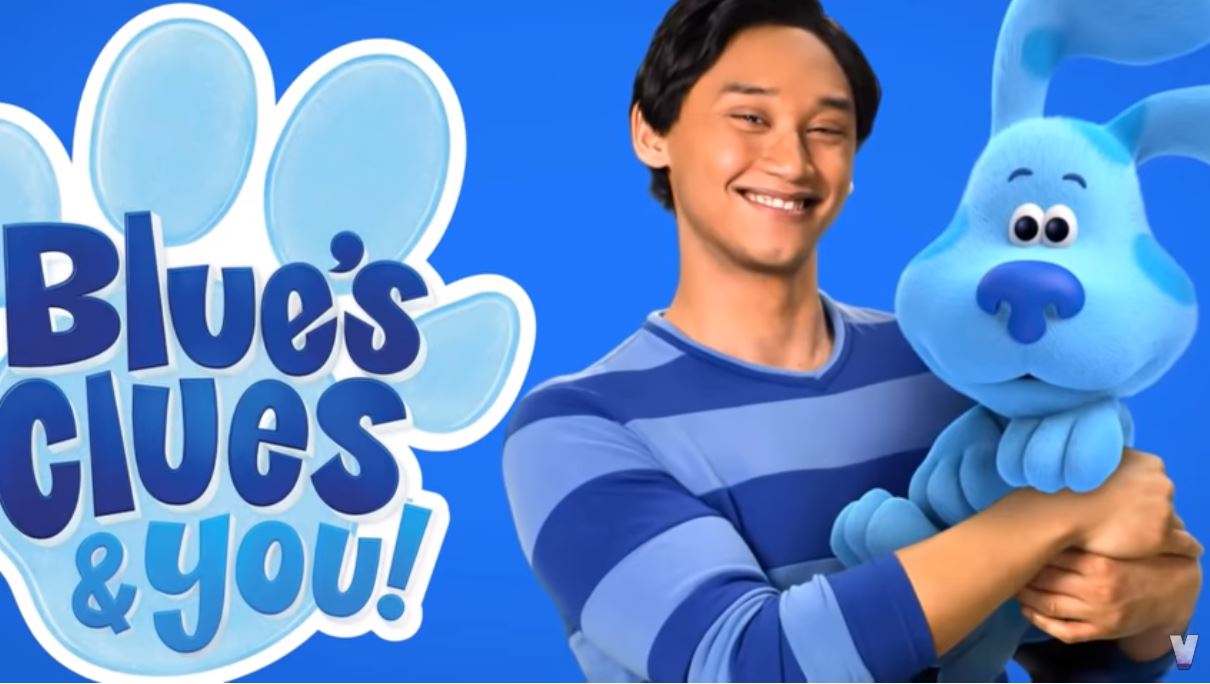 The popular animated series for preschoolers which first aired in 1996 originally starred Steve Burns and a blue girl puppy on a puzzle adventure. The new show trailer has Josh and Blue in the same familiar scenes and sets with enhanced CGI features.

Dela Cruz was handpicked for the role by a search committee that included Steve Burns during auditions in 2018.

FIND OUT How Joshua Dela Cruz became the new host of Blue’s Clues.

Steve Burns praised Dela Cruz saying, “I give Josh two thumbs up! He can definitely fill my shoes, and the rugby shirt.”

On the teaser video Josh is seen wearing a fresh blue-striped shirt, singing with a new musical style, and playing Handy Dandy Guitar.

The new Blue’s Clues host previously performed the role of Aladdin for a limited run on Broadway in 2017.

The Ilocano-Bicolano Dela Cruz began shooting in September 2018 for the 20 episodes of the Blue’s Clues & You production in Toronto.

WATCH Blue’s Clues and TELL US in the comments below your own Blue’s Clues memories! SEND good cheers to its new host, Fil-Am Josh Dela Cruz!