“I can’t believe THEM. They’re sure to get a taste of their own medicine.”

“Hahaha. I can’t believe what SHE is wearing. And look at that make-up!”

What have you noticed about these?

These are all pointing towards other people, right? People other than ourselves.

Maybe for other people, this is just them telling the truth, but if we will look at it closely, this is a way to hurt other people by criticising their actions, behaviours, and attitudes all behind their backs. It’s all about finding fault and focusing on the wrong things about them based on your own opinion, instead of doing the same thing about yourself first so that you can grow and change for the better.

Giving criticisms is okay, but only if it’s a constructive type, meaning it’s meant to make the other person stronger and better. But, if the purpose of your criticism is to gossip, embarrass the person, or make that person feel less good about his or her self, then there is something wrong.

There is a saying that goes, “Why do you look at the speck of sawdust in your brother’s eye and pay no attention to the plank in your own eye?”

Why is it much easier to find fault in other people?

If I may ask, do you also have the habit of finding fault in other people?

What can you do to avoid this?

What can you do to be able to first offer help to others than immediately focus on their weaknesses and faults?

(Chinkee Tan is a top Filipino motivational speaker, wealth and life coach whose goal is to inform, educate, motivate, and disturb. His vision is to help people become financially-literate and debt-free. For more info about Chinkee Tan, please visit his fan page at FB, Twitter and Instagram. Also follow VIBER PUBLIC CHAT GROUP search chinkee tan, and VISIONCHINKEE on You Tube for more news and encouragements.) 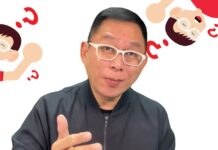 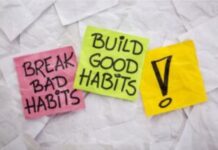 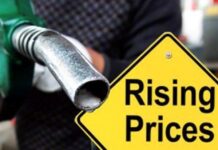