Eleven museums in the Southern Luzon provinces of Cavite, Batangas, Laguna, and Rizal, under the banner of the Southern Luzon Association of Museums (SLAM), are offering the Project Bayani QR Codes-assisted unique tour for art lovers this National Museum and Galleries Month of October in the Philippines.

SLAM’s “Project Bayani: Curating South Luzon” is a simultaneous exhibition among its museum members that can be found using the Project Bayani’s QR Code-Google mapping of the special exhibitions.

Museum-goers only need to Scan the QR code to see the activity details and links to the Google map that takes users around the route of the 11 museum exhibits in the South of Manila. The QR Code Mapping for Google project is the first of its kind among the regional museum associations in the country.

Cecille Torrevillas Gelicame (CTG): It has been SLAM’s desire to hold a collective exhibit that will not only highlight our museums but also support one another’s thrusts and advocacies and aimed to curate South Luzon.

We sought the help of curator Dr. Cecilia De La Paz of UP who was then assisted by Mappee Singson. Dr. Dela Paz proposed a theme called Project Bayani: Curating South Luzon. With this theme, we worked around in identifying who our “bayani” will be and highlight this using our collections.

GNP: What is the core message that SLAM museums are trying to deliver this Museum and Galleries Month?

CTG: Our exhibits are aimed at acknowledging the role of museums and galleries as instruments in creating national consciousness for Filipinos. That the Museum’s function has evolved through the years. From mere cabinets of curiosities to becoming education centers, and now to a venue for community discourse.

CTG: Anluwage is actually a result of a workshop we did with the Southern Luzon Association of Museums during our 2018 summit. While our colleagues featured specific people as their “bayani”, Museo De La Salle opted to highlight our artisans.

The exhibition ANLUWAGE hopes to promote or reinforce the appreciation and recognition of a nearly dying trade which is artisanal carpentry. With the advent of technology and high powered tools, the traditional anluwage or karpintero, who would toil with their hands for those beautifully crafted woodworks like in ancestral houses and heirloom furniture are becoming rare.

There is this environmental consciousness on forest and tree preservation. With this, the exhibition is a good venue for the discourse on sustainability through green architecture.

GNP: Why did you decide to highlight Filipino carpentry for this museum and galleries month?

CTG: The Anluwage exhibition features photographs and actual woodwork pieces done by traditional anluwages from the past. It also showcases and highlights some of Museo De La Salle’s notable “anluwage” pieces that are spread out all over the museum. It is also important to note that the Museo in its entirety is a product of a modern anluwage’s masterpieces.

GNP: How did the Project Bayani QR Codes mapping for Google come about?

CTG: It’s actually my legacy project as director for SLAM. It was done with the assistance of Jop Baylon, a friend who used to work with Museo De La Salle and now lives in San Francisco.

Philippine museums have been introducing innovations in their exhibitions, among them, the living history tour at the Museo ni Emilio Aguinaldo, El Deposito reservoir reopening at Pinaglabanan National Shrine, the braille exhibit at Museo ni Jose Rizal, the Lakbay Museo, and the upcoming 21AM at the Cultural Center of the Philippines

CHECK OUT the Project Bayani Museum and Galleries Month exhibitions by Scanning the QR Code here and this link here and TELL US in the comments below about your museum-hopping experience! 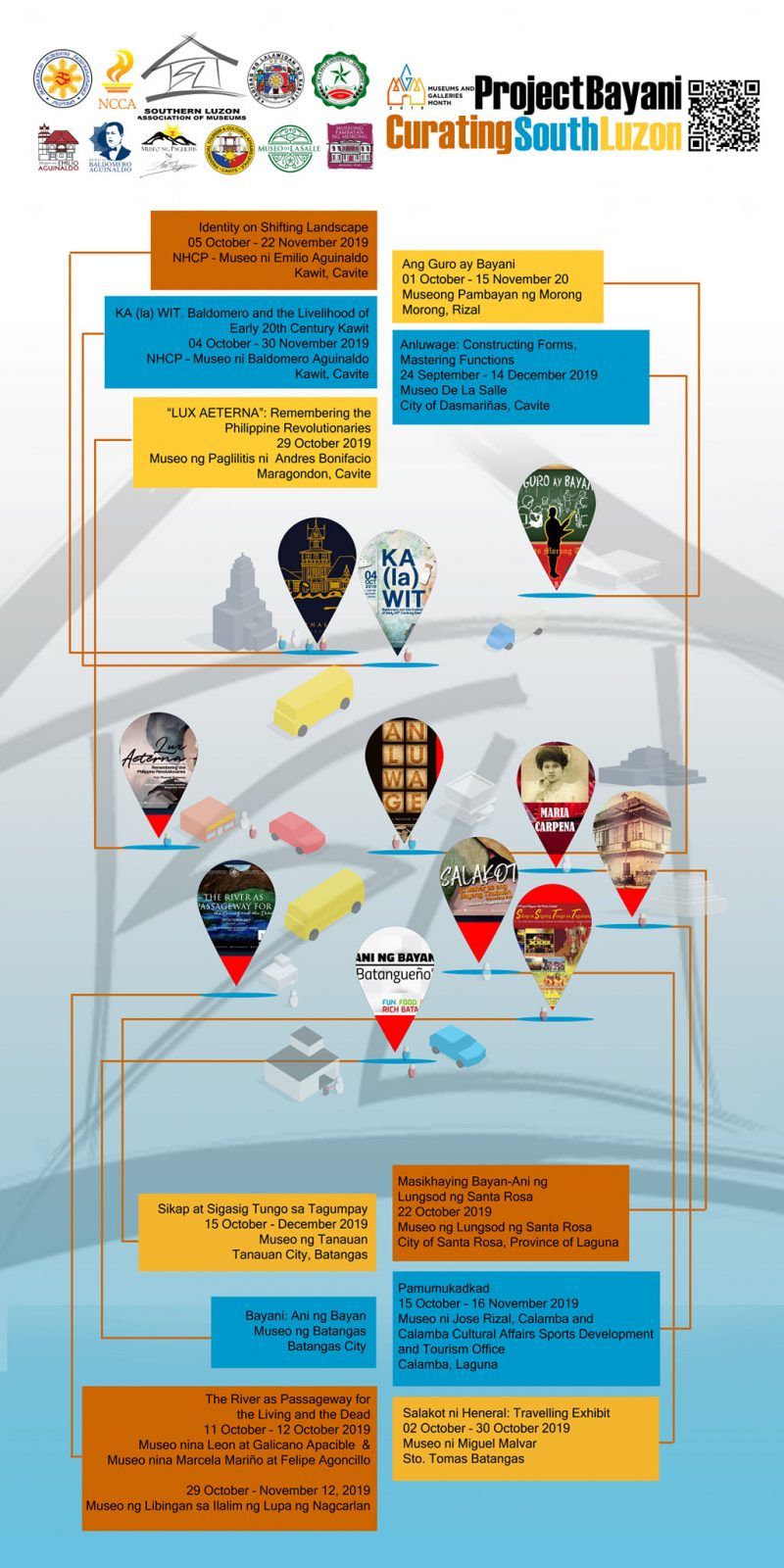 Get to know Filipino satellite technology for outer space exploration