Aquino who is known to champion minority cultural representation on the theater stage received a nomination from the Helen Hayes Awards for her portrayal of a mass shooting survivor in “The Events.”

TheatreWashington announced in February Aquino’s selection as nominee for Outstanding Lead Actress in a Play for essaying the role of Claire, a church chorus leader who is the lone survivor of a gunman’s shooting of her diverse chorus group.

The TheatreAlliance DC actress went on Instagram in reaction to the nomination to say “The Events” was her most important work to date together with Josh Adams who was himself nominated for Best Lead Actor.

“THE EVENTS was the most important work I have ever created and I dare say he felt the same. We were humbled and joyful and full of love. I am so grateful for @colinhovde. He has given me so much more than he will ever know, he brought me back to life, and made it possible for me to live my dreams. He’s a true ally and friend and genius. There is no other artist who has had more direct impact on my life and art than him. I am so thankful. There really are no words. Just tears, gratitude, and love. So much love,” wrote Regina Aquino on an Instagram picture of the two nominated actors.

The Events excavates the humanity found even in circumstances of extraordinary evil, examining the actors on both sides of an unimaginable tragedy, according to the playbill.

The Boy. If I’m going to make a mark on the world I have to do it now.

The only means I have are art or violence.

And I was never any good at drawing. 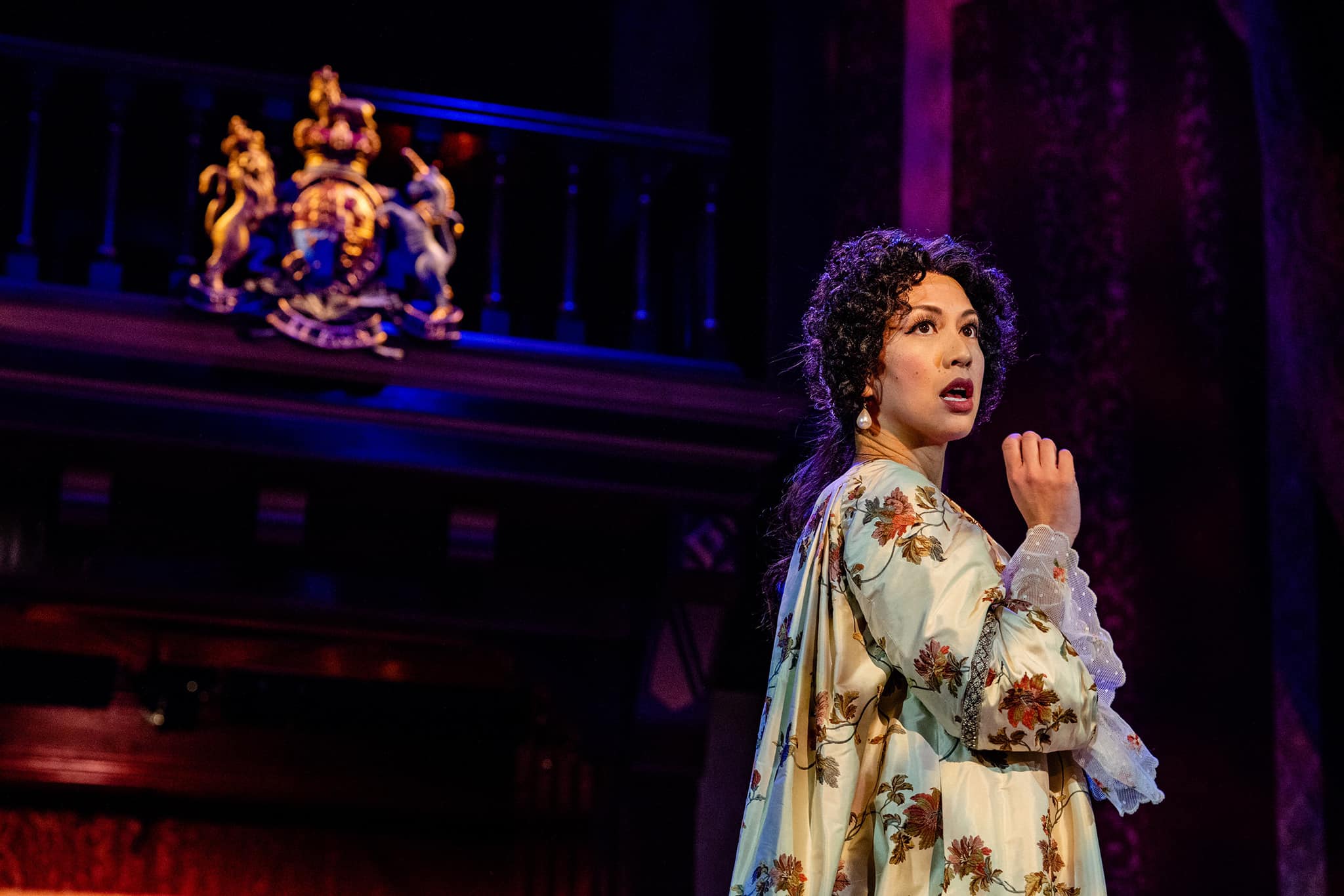 The well-known DC actor was interviewed by Janet Kope on WERA 96.7 FM radio in Arlington to talk about The Events and the importance of art connecting to real life.

Aquino talked about her decision to stay in the DC area instead of moving out to pursue other stages like her peers. Aquino noted how her high school studies at the International School in Manila and her family in the Philippines opened her world to more of the arts.

Aquino also talked about singing as the character of Tong in Vietgone with fellow Fil-Am actor Marc dela Cruz who is currently playing the lead in the hit Broadway musical, Hamilton.

Regina Aquino has received rave reviews about her current portrayals on stage as the tempestuous Lady Castlemaine and Louise de Kéroualle, two influential mistresses of King Charles, in the play Nell Gywnn which runs until March 10 at the Folger Theatre.

Regina Aquino will vie for the 2019 Helen Hayes Awards given in celebration of honoring theatre excellence on stages across the Washington area, on May 13 at The Anthem – District Wharf.

Wish Regina Aquino best of luck at the Helen Hayes Awards on May 13 and as she continues to advocate for more Filipino stories on the U.S. stage.