The national tennis team under the banner of Unified Tennis Philippines (UTP) competed against other Asian tennis players and emerged with gold medals from all tournament divisions for both boys and girls.

Team Philippines swept not only the Singles divisions but also dominated the doubles divisions, capturing the gold medals at the Sarawak ATF tournament.

Tortal, who hails from Surigao City, and Cortes, a native of Lanao del Norte, prevailed over Velez and Selmar, 6-4, 6-0, in the championship round.

Milliam, on the other hand, won the girls’ doubles title with Filipino-Singaporean Tamryn Brown.

“I am happy with the overall performance of the kids. We won all events. They worked hard for this and got the reward,” said Roland Kraut, who served as coach of the team funded by the UTP. Kraut has been coaching the multi-titled De La Salle University tennis team for 20 years.

“I think this is the key for the Philippines to get back on track in tennis. We need to make the young kids play in international events,” added Kraut.

Filipino tennis player Alexandra Eala is the reigning 2018 ITF Asia 14 & Under Development Champion and has been picking up championship titles all over the world. The new Filipino sports championship team is composed of players from Luzon, Visayas, and Mindanao who are ranked in the top 4 of the UTP National Ranking System.

Velez, Milliam, Cortes, and Selmar are first-timers in the ATF Circuit. Velez and Milliam, both students of the Colegio de San Juan de Letran, are trained by Macs Crankit Tennis Academy of Australia. 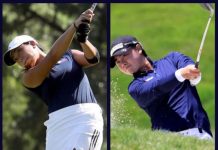 Olympics Results: Filipina golfers Pagdanganan in top 10, Saso in 47th spot after Round 1 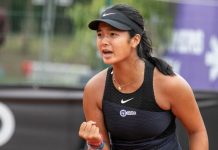 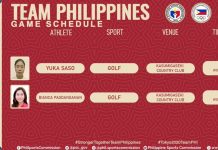