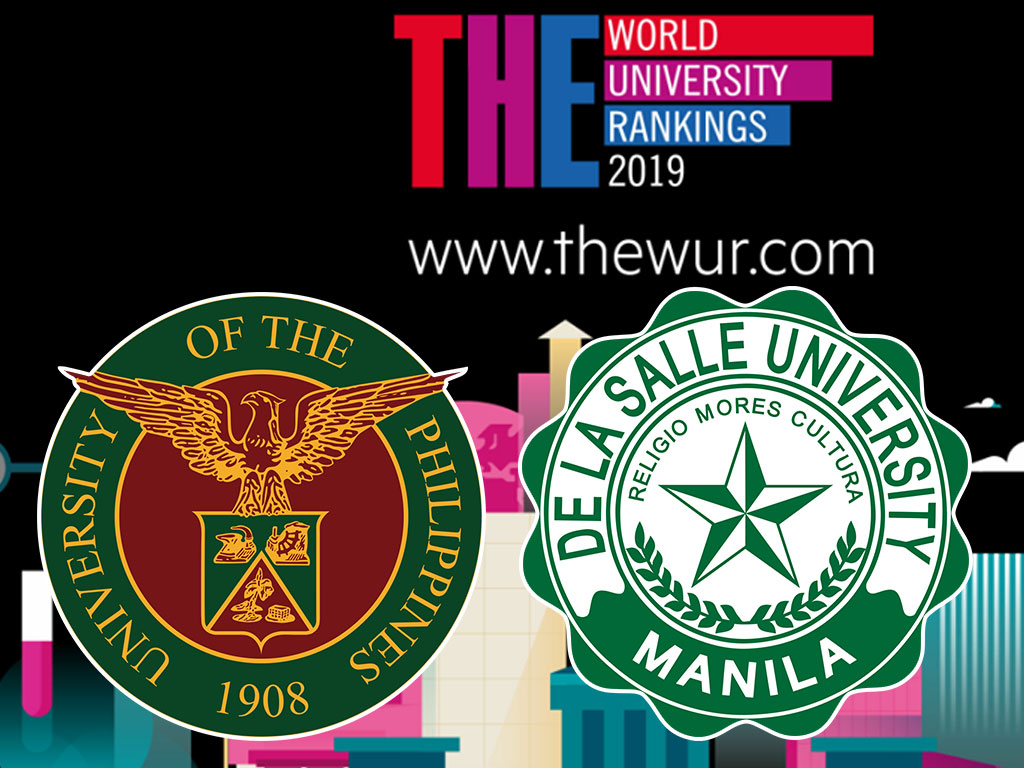 The University of the Philippines (UP) improved its standing in the 2019 edition of the Times Higher Education (THE) World University Rankings, as De La Salle University (DLSU) entered the list for the top 1000 higher education institutions across the globe.

DLSU entered the top schools listing at the 801-1000 bracket for educational institutions evaluated based on 13 performance indicators grouped into the following areas: teaching, research, citations, industry income and international outlook.

The two Philippine universities join the elite list of excellence-marked institutions led by the top 3: University of Oxford, University of Cambridge, and Stanford University.

The University of the Philippines kept its 156th rank among the top-performing Asian universities, currently led by Tsinghua University in China and the National University of Singapore.

The national university also placed 7th globally in terms of earning citations after earning a nearly perfect score of 98.8 points.

UP, established in 1908, is a state-funded network of seven universities and one autonomous college across the Philippines. UP Diliman is the main campus which houses the UP System center. 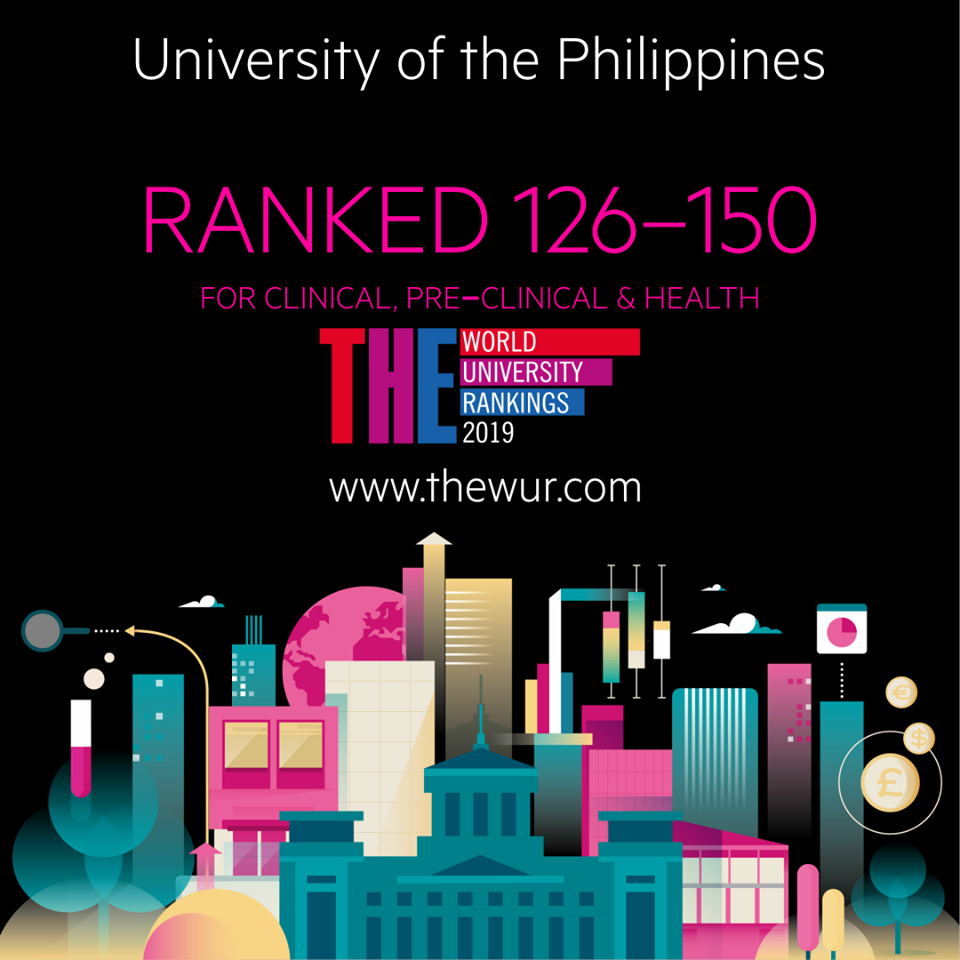 UP Open University is the distance-learning leader which runs a range of online courses for home and overseas students.

UP Visayas takes special interest in fisheries and marine sciences.

UP Mindanao emphasizes studies on architecture and biotechnology programmes.

The newest university in the chain, UP Baguio, founded in 2002, enjoys a reputation as a national leader in sciences, mathematics and humanities.

UP’s autonomous college, UP Cebu, used to be part of UP Visayas but became independent in order to focus on business and IT courses.

UP is largely seen as one of the best Filipino universities in national rankings and among the top institutions in Asia. Recent improvements include academic reputation and international faculty ratio.

De La Salle University ranked as the top Philippine university for engineering and technology, appearing in the 501-600 bracket.

The private Catholic university makes its inaugural appearance in the 801–1000 bracket, placing it in the top three percent of higher education institutions worldwide.

DLSU was founded as a college in Manila in 1911 by the lay Catholic order of Christian Brothers and evolved into a more advanced institution, running its first advanced courses in 1920 and bachelor of science degrees from 1931. The oldest of the 17 De La Salle institutions in the Phillipines, it attained university status in 1975.

One of 40 Filipino universities granted autonomous status in 2011, it has been ranked third among the nation’s universities by the Commission on Higher Education and has six programmes identified as “Centres of Excellence”.

It has expanded rapidly in the last decade, opening colleges of Law and Business in 2010. Its main campus remains the bustling 5.45 hectare downtown Taft compound.

UP and DLSU were ranked against over 1,250 universities from 86 countries for the Times Higher Education World University Rankings 2019.