The annual Ryder Cup-style event was held at Arnold Palmer’s Bay Hill Club & Lodge from December 21 to 23, 2020, featuring the top men’s and women’s college golfers matching the United States against their international counterparts.

Ria Quiazon Scott, originally from the Philippines, is the head coach for the International team which claimed 14 out of 24 points during the singles matches, winning the event, 40.5 to 19.5.

Scott also served as an assistant coach for the International team at the 2019 Arnold Palmer Cup, helping the squad to a victory and giving the Internationals back-to-back wins with the Filipino coach.

Alan Murray, the head men’s coach at Washington, is the other head coach for the International team in this year’s Palmer Cup. Alan Bratton of Oklahoma State and Dan Brooks of Duke led the U.S. team. 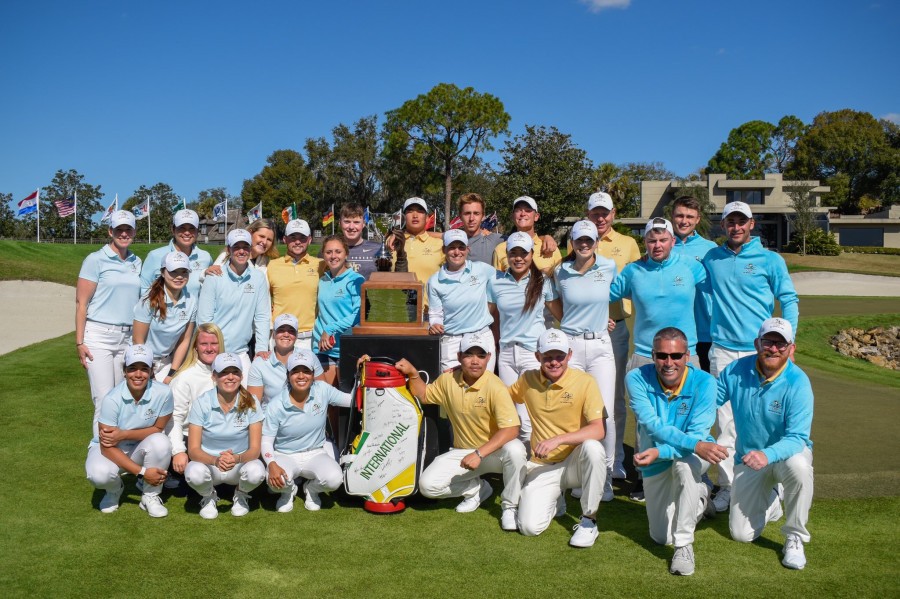 Ria Quiazon Scott, the University of Virginia (UVA) women’s golf head coach, was recognized as the state’s women’s golf Coach of the Year by the Virginia Sports Information Directors.

Before becoming a coach, Scott played professionally around the world. Her professional highlights include appearances in the 2006 Women’s World Cup in South Africa and the 2004 U.S. Women’s Open.

Scott was the first woman to compete in an Asian PGA event, competing in the 2004 DHL Philippine Open.

The Philippines has also produced top women golfers, Bianca Pagdanganan and Yuka Saso, who teamed up to claim two golds at the Asian Games 2018 in Indonesia.

SEND CONGRATULATIONS in the comments below to Virginia women’s golf head coach Ria Quiazon Scott and her team for winning the 2020 Arnold Palmer Cup!