Lola Melvie Telmo is showing how grandparents can join and enjoy the techy world of young people via the Tiktok mobile app.

Netizens have been loving and sharing Lola Melvie’s Tiktok videos, sending the lip-sync singing and acting videos to trending status.

The Cavite-based Telmo’s funny Tiktok videos show her singing pop tunes, acting out iconic scenes, and even doing a stunt – all caught on camera! Her trending videos have been on television and online news.

TikTok, a video-sharing social networking service launched in 2017, is used to create short lip-sync, comedy, and talent videos. It became an instant hit among the youth.

A Filipino mobile app has been developed for an electric tricycle (e-trike) ride-sharing system called “Hatid” and has already started its test run at the University of the Philippines (UP) Diliman.

WATCH techy Tiktok Lola here and SEND CHEERS in the comments below! 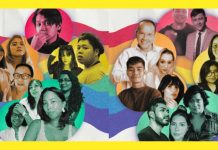 Aurora Quadra-Balibay - June 22, 2021
University of the Philippines (UP) Anthropology alumnus Dr. Stephen Acabado has been appointed the new Director of the Center for Southeast Asian Studies (CSEAS) of the University of California, Los Angeles (UCLA) International Institute.