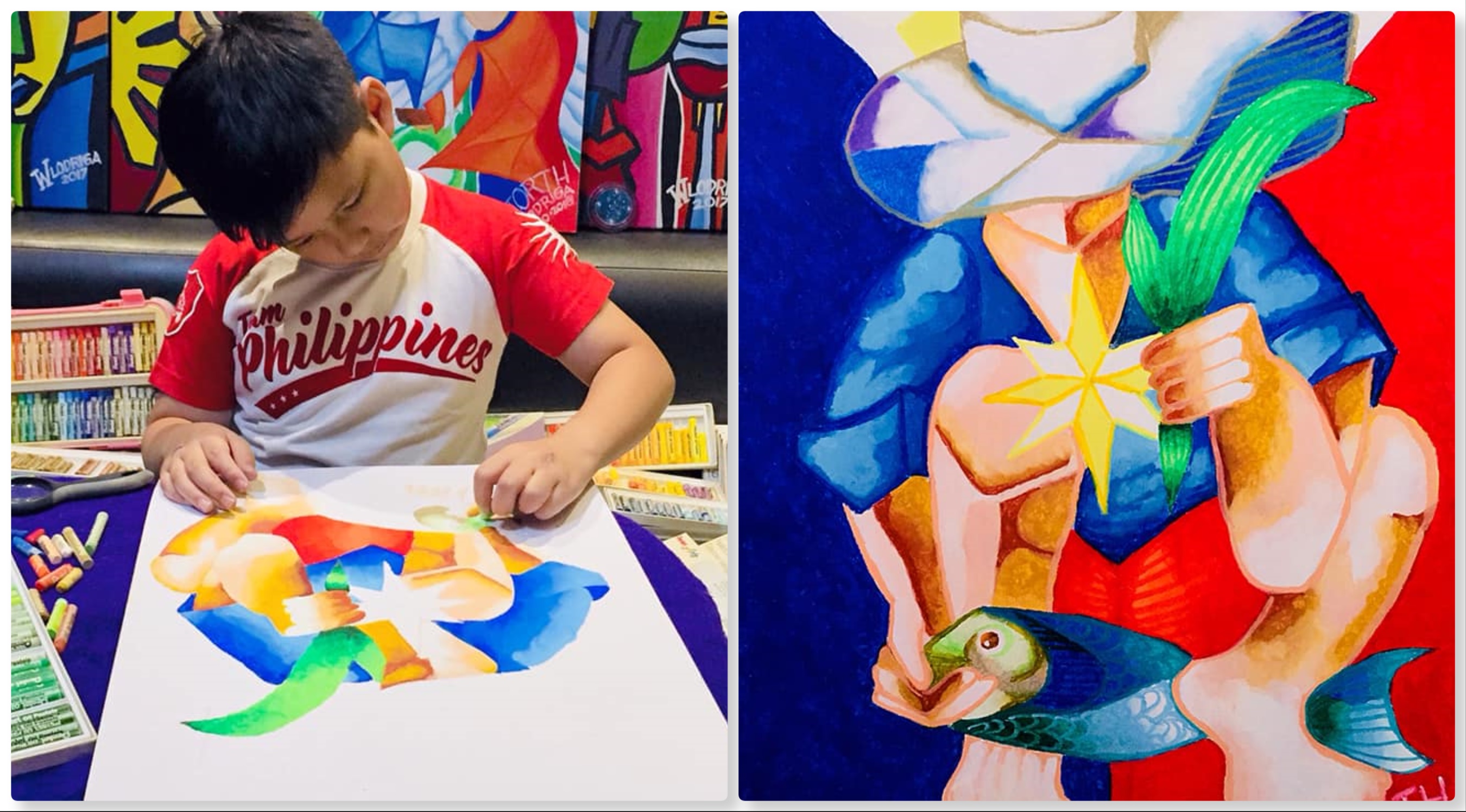 The Philippines’ very own “Little Picasso” Worth Lodriga has just received his second 7-Star Artist Award from the Junior Picasso 2018 contest held in India.

The young Filipino artist previously received his first 7-Star Artist Award in the 2016 edition of the Picasso Art Contest in India.

Lodriga’s 2nd Picasso Star from the Picasso Art Contest was announced on the organizer’s website and confirmed on the young Filipino artist’s Facebook page on February 7 where he shows images of his winning art depicting a Filipino agricultural worker painted on a setting of the Philippine flag.

The Filipino child prodigy is known to attend competitions and awards rites also proudly wearing the Philippine colors and his artist-at-work photo shows the same.

The La Salle Greenhills student was given the highest award along with 20 other young artists in his division given in the international competition that has drawn in entries from over 60 countries.

In a Facebook page post, Worth Lodriga thanked “everyone for the continuous love and support” and dedicated his “huge win for our beloved Philippines.”