University of the Philippines Diliman is the country’s top university according to the Quacquarelli Symonds (QS) World University Rankings (WUR) for 2019.

UP Diliman is ranked #384 on the QS World University Rankings® 2019 released in June which showcases 1,000 of the world’s top universities in 85 countries.

The country’s premier university has held its number one Philippine university ranking since 2012 when it was first included in the QS World University Rankings.

The state university’s Asian University Ranking is at #75, the same as its 2018 ranking.
QS WUR assesses each university on six metrics, including its reputation among academics and employers. UP Diliman was given the following scores:

UP Diliman is the flagship university of the UP System. It is the administrative seat of the system as well as an autonomous university in its own right.

UP Diliman is not only the home of diverse colleges, offering 94 graduate and undergraduate courses, it also runs several centers of research, many of which have been declared by the Commission on Higher Education as National Centers of Excellence.

UP Diliman and the UP System will hold the UPCAT, its highly competitive nationwide examinations, in September. 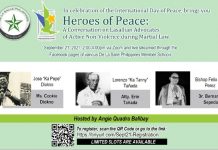