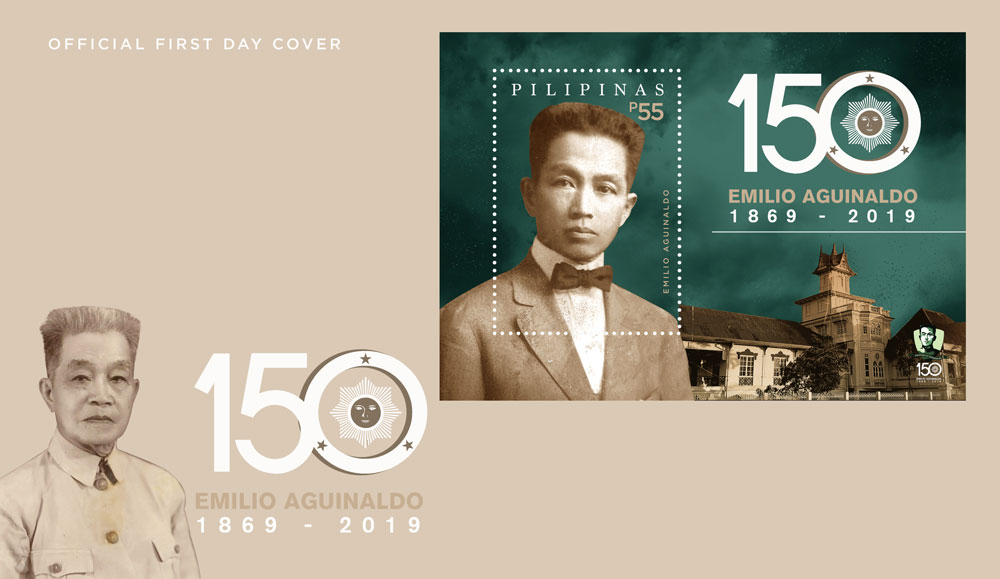 The 150th birth anniversary of the Philippines’ first and youngest president, Emilio Aguinaldo, was celebrated by the Philippine Postal Corporation (PHLPost) with the release of commemorative stamps honoring the revolutionary leader.

Aguinaldo is credited with leading the Declaration of Philippine Independence from the Spanish colonizers, giving the Philippines its national flag, and a national anthem which were all together first publicly presented at the Aguinaldo house in Kawit, Cavite on June 12, 1898.

The PHLPost Commemorative Aguinaldo Stamp features the colorful illustration of General Emilio Aguinaldo in P12 denomination and the Souvenir Sheet which will be sold at P55 each.

PHLPost in-house artist Rodine Teodoro designed the two different denomination of the stamp. The postal agency has printed 50,000 pieces of the stamps.

Stamps and Official First Day Covers of the Aguinaldo @150 Stamp have been made available starting March 22, 2019 at the Philatelic Counter, Manila Central Post Office, Liwasang Bonifacio 1000, Manila and post offices in the country.

Grand celebrations for Emilio Aguinaldo including a national program and cultural presentations were held in Cavite to mark the president’s 150th birth anniversary on March 22, 2019. 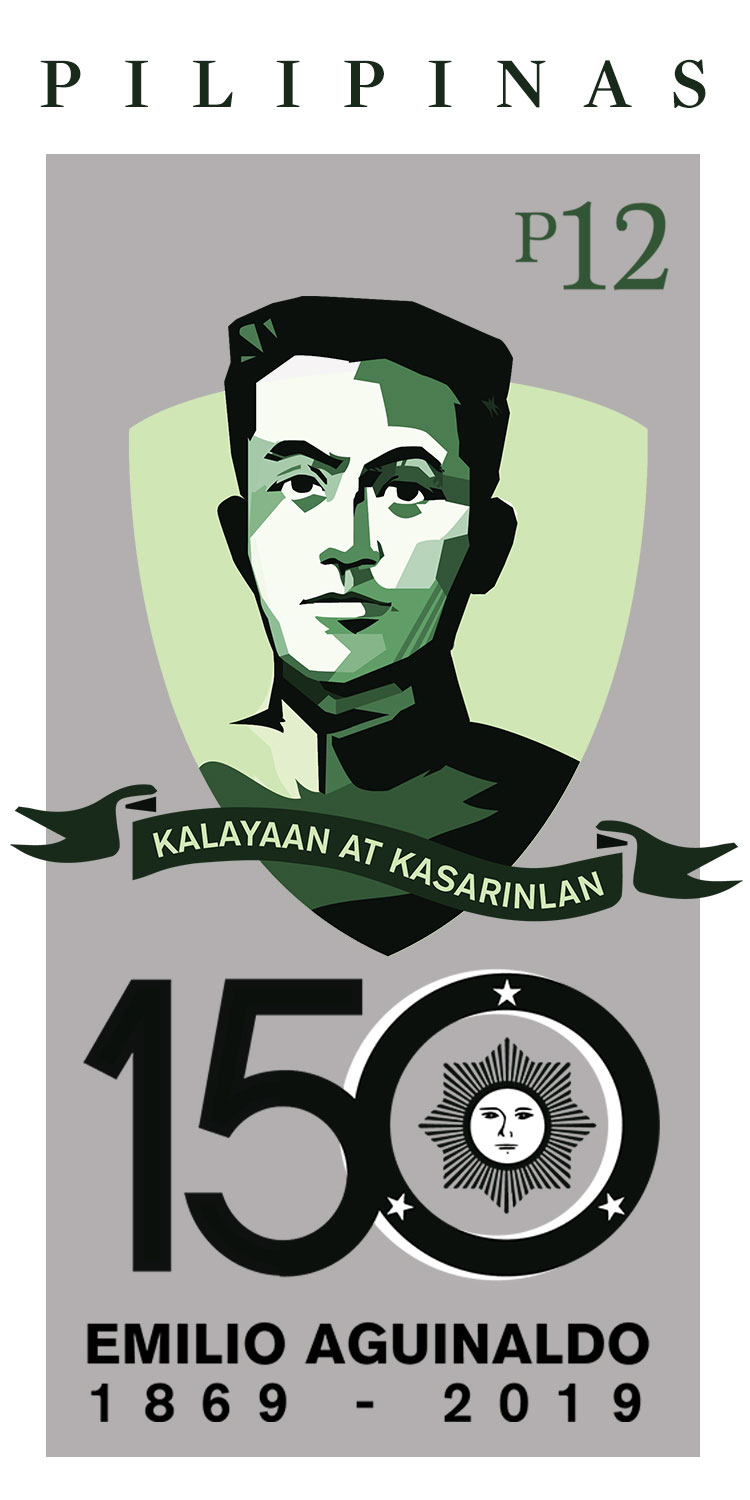 Tell us in the comments below if you are proud of our revolutionary heroes like President Emilio Aguinaldo.