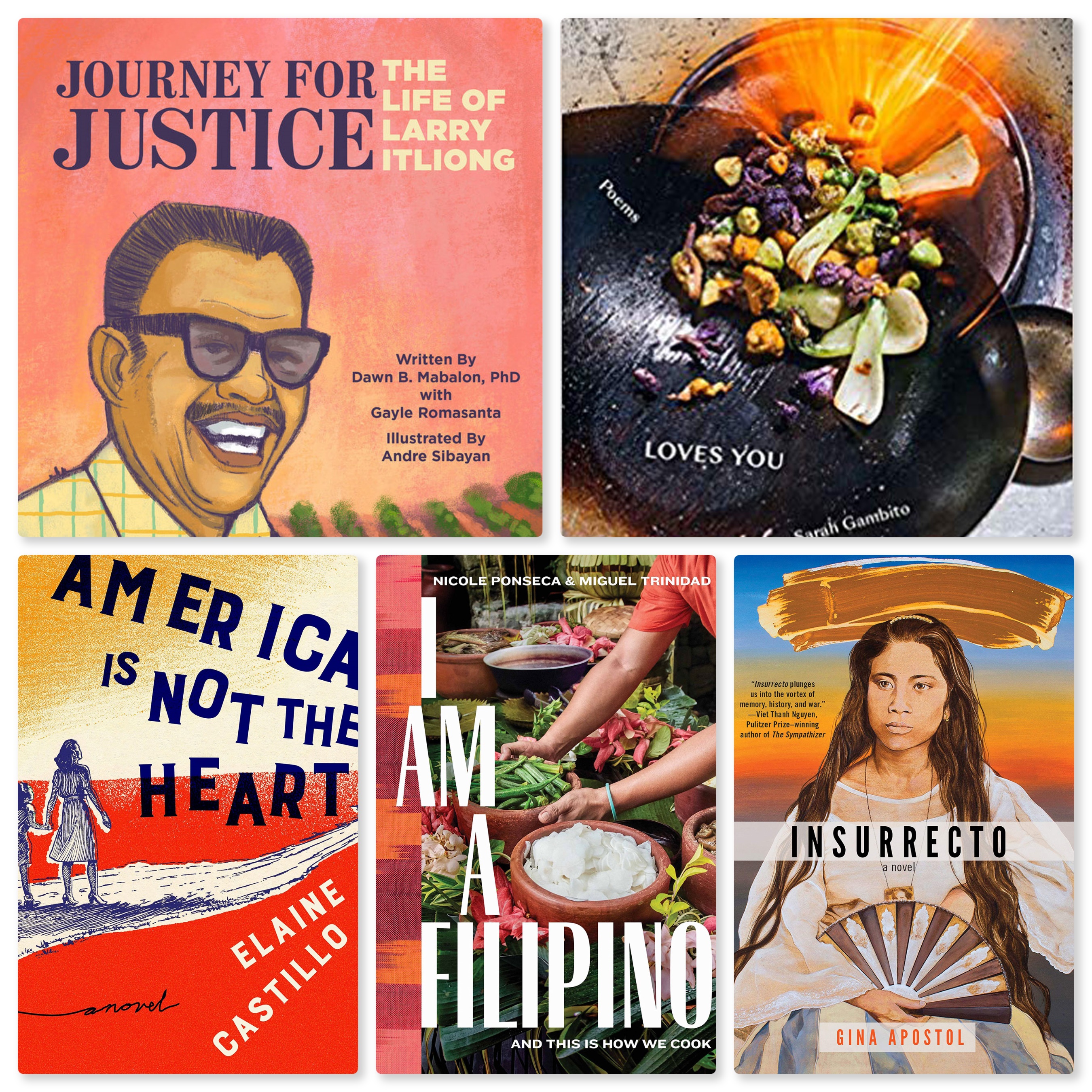 In the list is a variety of great reads from historical fiction, children’s books to several cook books with a twist.

1. “Insurrecto” by Gina Apostol is a story about two women, American filmmaker Chiara Brasi and her Filipina translator Magsalin, travelling in present day Philippines to work on a script about the Balangiga massacre during the Philippine-American war.

Looking at the events from two different cultures and from opposing sides; Magsalin and Chiara end up providing readers two different point of views – the perspective of a Filipino school teacher and from the lens of an American photographer.

“Insurrecto” is the fourth novel by Gina Apostol, who previously won a PEN/Open Book Award and a Philippine National Book Award. Apostol also recently launched “Insurrecto” in London during her masterclass workshop for Southeast Asian writers for SULAT at the School of Oriental and African Studies at the University of London.

2. “I Am a Filipino (And This is How We Cook),” by Maharlika Bistro restaurateur Nicole Ponseca and Miguel Trinidad. The authors made sure the whole spectrum of Filipino cuisine is reflected in the book from the simple to the most complex recipes and from exotic street food, regional food and the classic comfort food dishes like adobo, karekare and kinilaw.

This latest collaboration by Nicole and Miguel has made it to the Best of 2018 lists of many reviewers. From The New Yorker, Boston Globe, Chicago Tribune, Los Angeles Times, New York Times Book Review, Houston Chronicle, Food52, PopSugar.

3. “Journey of Justice (The Life of Larry Itliong) by historian Dawn Mabalon, writer Gayle Romasanta and in collaboration with illustrator Andre Sibayan released in October 2018 by Bridge + Delta Publishing. This is the first nonfiction illustrated children’s book on Fil-Am history that details Itliong’s efforts as a farm labor organizer and civil rights activist who led the Delano Grape Strike in 1965 and eventually co-founded the United Farm Workers with Cesar Chavez.

4. “Loves You” by Sarah Gambito, was released January 22 by Persea Books. The collection of family recipes and other recipes are transformed into poetic form. The book explores how a dish not only nourishes a reader’s appetite and body but how a recipe can touch a person’s soul and psyche with the use of words.

Sarah is an Associate Professor of English and Director of Creative Writing at Fordham University. She has authored other poetry collections “Delivered” and “Matadora” and received honors for her work from Barnes & Noble.

5. “America is Not the Heart” by Elaine Castillo. The story about a woman with broken thumbs who works in a restaurant and babysits and lives in Milpitas, San Jose, California. The story reveals the harrowing long journey from a privileged life, to joining a rebel group as a doctor, captured, tortured and getting a chance to live a life in America.

Elaine Castillo grew up in what she describes as a “very Filipino neighborhood in a very Filipino atmosphere.” Her town, Milpitas in California is a majority-minority where there’s a large Filipino, Vietnamese, Mexican, Taiwanese communities, which is why she said she didn’t grow up thinking of herself as a minority.