Walt Disney Studios is looking to cast a “Lola” (Filipino grandmother) for an upcoming feature film.

Katie Doyle Casting in Hawaii and Sarah Finn Casting (Avengers: Endgame, The Mandalorian, Guardians of the Galaxy) announced on the Project Casting job portal that the still-undisclosed role calls for a Filipino or Filipino-American elderly lady, aged 50-90, to play “Lola” in the Disney movie which will be filming in Atlanta, Georgia.

No professional acting experience is required but the female applicant must be able to speak English fluently. She should also be authorized to work in the United States (either a US citizen, a green card holder, or an O-1 visa holder) and willing to fly to Atlanta for a few days in February 2021.

“We are committed to diverse, inclusive, and authentic casting. We highly encourage performers who are Filipino or of Filipino descent to apply,” Project Casting announced. 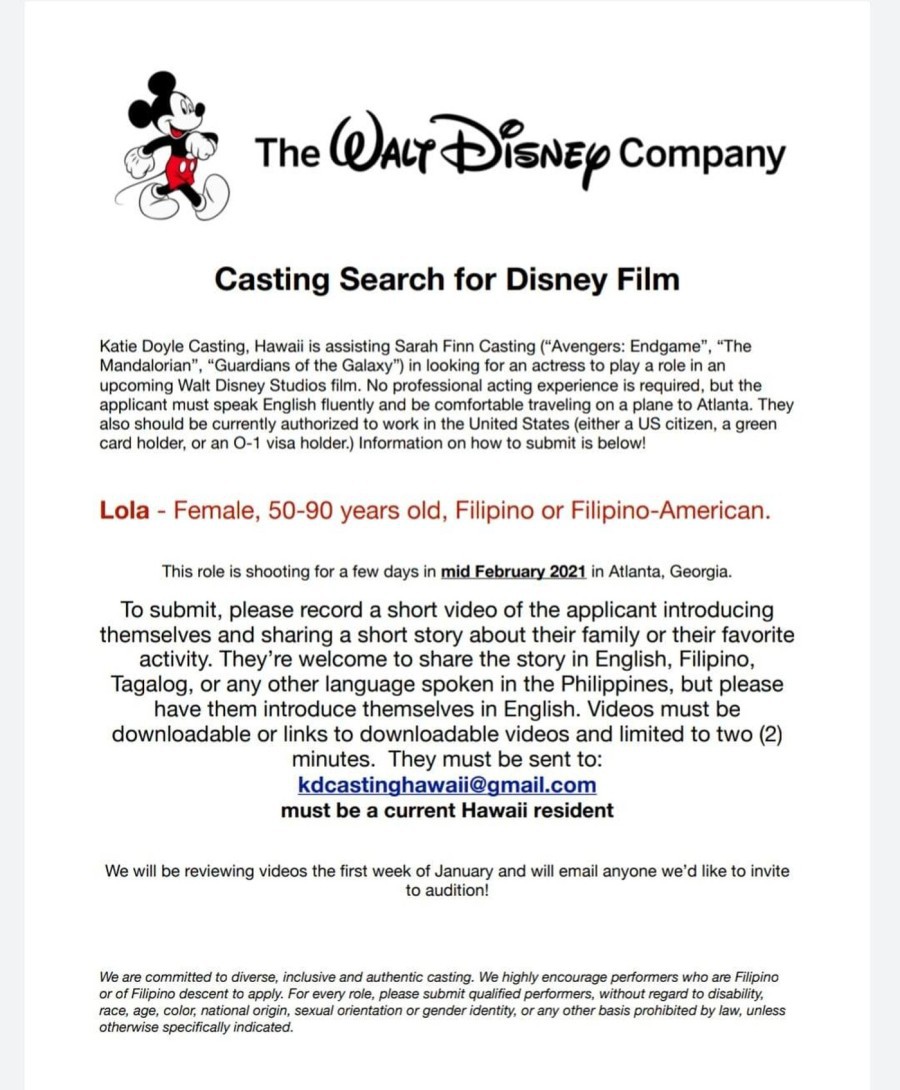 According to the casting call, casting directors are seeking talents to record a short introduction video about their family or their favorite activity.

Applicants are welcome to share their stories in English, Filipino, Tagalog, or any other language spoken in the Philippines, but the introduction has to be in English.

Interested applicants have until January 31, 2021, to submit their videos to this link.

Details for the film production have not been released yet but a December 23, 2020, Project Casting post referenced to Marvel Studios’ Spider-Man 3 which is also filming and casting in Atlanta, Georgia.

Filipino-American actor Jacob Batalon will reprise his role as Spiderman’s sidekick Ned Leeds in the sequel to Spider-Man: Homecoming and Spider-Man: Far From Home.

SEND CHEERS in the comments below to Walt Disney Studios for casting a Filipino Lola for an upcoming feature film!