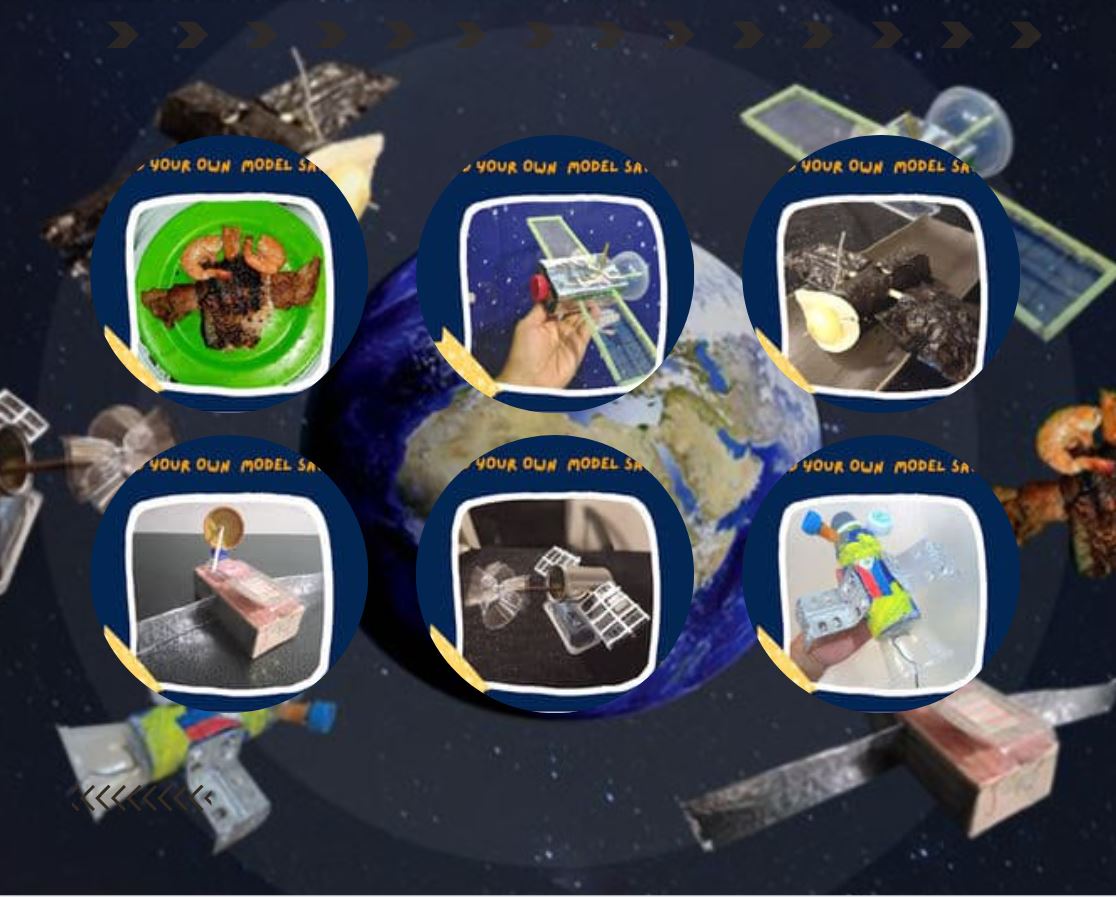 Face shield, medicine blister pack, fried bangus (milkfish), and nori have found their way into model satellites made by kids who joined the first-ever Build Your Own Model Satellite (BYOMS) activity held by the Philippine Space Agency (PhilSA).

What it takes to build your own model satellite

Registered participants and their parents were introduced to the world of satellite development through a live virtual lecture by Diwata satellite engineer Ariston N. Gonzalez of the STAMINA4Space Program held on October 4.

To fully engage the kids in the lecture, Engr. Gonzalez explained a satellite’s parts by making references to the human anatomy. For example, he likened the satellite’s computing system and its functions to the human brain and its role in the nervous system. But it’s not enough to just put together materials to form a satellite.

Engr. Gonzalez emphasized that central to developing satellites is the intended mission or purpose, which are:

Earth observation was demonstrated to the participants by showing images captured by Diwata-1 and Diwata-2 over the past years. The future of Philippine satellite development, especially cube satellites Maya-1 and Maya-2, and their role in space missions were also highlighted.

The question and answer portion proved to be the most exciting part of the lecture since we all know that kids ask the most thought-provoking questions. The participants didn’t disappoint with their endless questions on space exploration and the universe:

“Has anyone launched a satellite to Neptune?”
“How far can people travel in space?”
“How do satellites avoid crashing into each other?”
“How hot is the sun?”

Engr. Gonzalez answered each question and encouraged the participants to ask more, driving home the point that building satellites doesn’t stop at putting it together and setting its mission. One must also have that insatiable curiosity and courage to ask questions.

The competition had two categories: Category A for recyclable materials and Category B for edible materials. Using what they’ve learned from the lecture, the participants were given two (2) days to build their own model satellites. They were asked to send photos of their work, as well as a short video of themselves explaining the materials they used for the satellite and what is supposed to be the mission of the satellite they built.

Encouraging the participants into the field of science

During the Closing Program, each member of the panel of judges shared words of encouragement and motivated the participants to continue being curious about the world.

Dr. Ruby R. Cristobal, Chief Science Research Specialist of the Department of Science and Technology – Science Education Institute (DOST-SEI), was impressed with how the participants were able to demonstrate their understanding of man-made satellites despite their young age and the short time given to them to build their model satellites. “We hope that this will further spark more curiosity in you to learn more about space science and help discover new knowledge and new ways to improve our understanding of the moon, the stars, the planets, and the universe,” Dr. Cristobal said.

For Engr. Gonzalez, seeing the outputs of the participants was an enjoyable and inspiring experience. He believes that through the activity, the kids have made their first step in an exciting journey towards space science, technology, and explorations. His advice to the kids: “the journey in life will always be filled with these fun projects…there will always be challenges and downturns along the way, but in the end, these will all add up and contribute to milestones that we can be proud of. May you continue to dream, envision the future you will build, and reach for the stars.”

Senior Education Program Specialist, Joseph V. Gutierrez of the Bureau of Curriculum Development of the Department of Education encouraged the participants to keep learning. He underscored the importance of having a support system and access to education to achieve dreams. With their newfound knowledge of artificial satellites, he hopes to see the next generation of space scientists from the participants: “These kids have exhibited creative and innovative skills. Building out of something is an ability that may come naturally but can also be developed given the right conditions, especially the support of parents. We hope to see our next generation of space scientists from these kids. Keep the spirit of creativity and innovation burning.”

Dr. Marc Talampas, Director of the Space Technology Missions and Systems Bureau of PhilSA described the activity as “delightful,” “heartwarming” and “inspiring” because of the eagerness and attentiveness of the participants during the lecture, and the creativity they showed in their outputs. Dr. Talampas added that he had a challenging time rating the entries because, for him, the mere participation of the kids already makes them winners. His message to them: “I hope you carry the maker mindset with you as you grow. Keep tinkering and keep building.”

Check out the model satellites and see how the participants skillfully and resourcefully created the container (body), power source, scientific instruments or payloads, communication device or antennas, and the orientation finder out of recyclable or edible materials such as milk carton, face shields, bottles, bottle caps, tin can, medicine blister packs, nori, fried pork, shrimp, and daing na bangus.

As part of PhilSA’s key development areas, the agency strives to build and sustain programs on space education and awareness, with the goal to increase public consciousness on how space science technology and its applications improve lives. PhilSA seeks to encourage the younger generation to someday #JoinTheMission and take the lead in making innovations to benefit humanity. 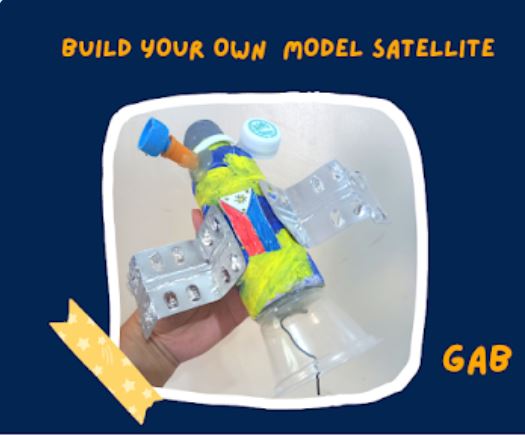 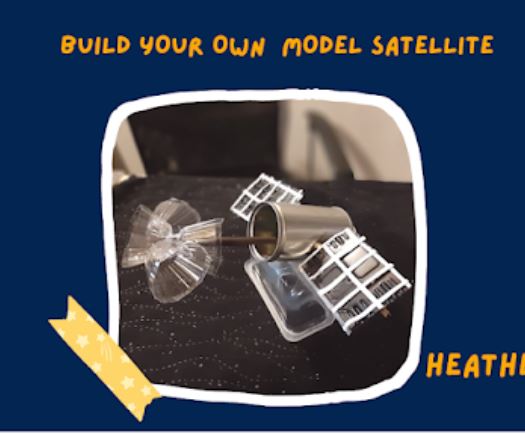 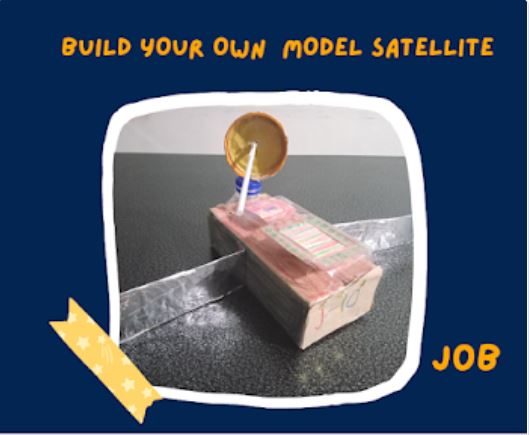 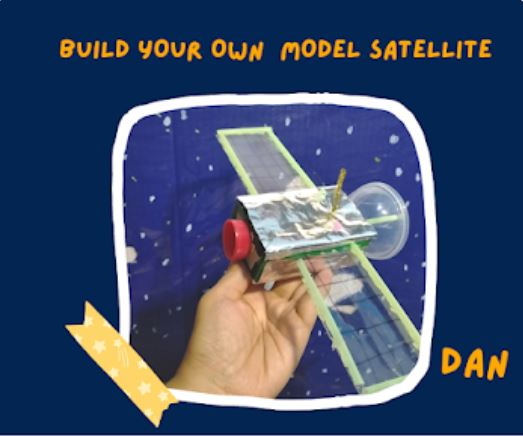 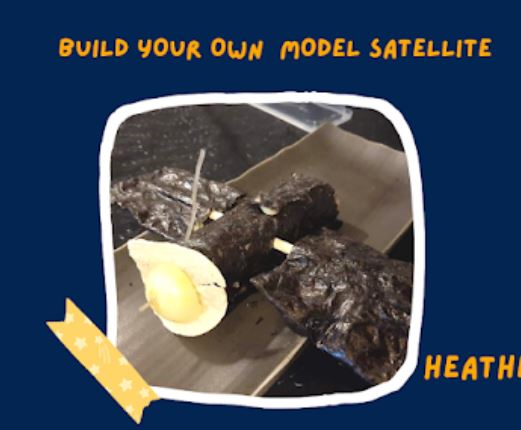 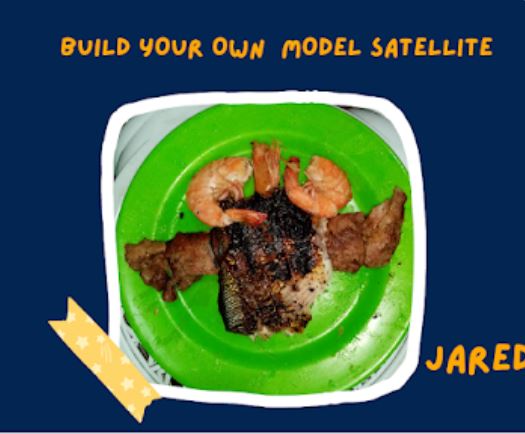 The World Space Week is the largest annual international space event proclaimed by the United Nations General Assembly in 1999. This begins on every 4th of October, to commemorate the launch of the first satellite into space in 1957, the Sputnik 1, and lasts until the 10th of October to mark the signing of the Outer Space Treaty in 1967.