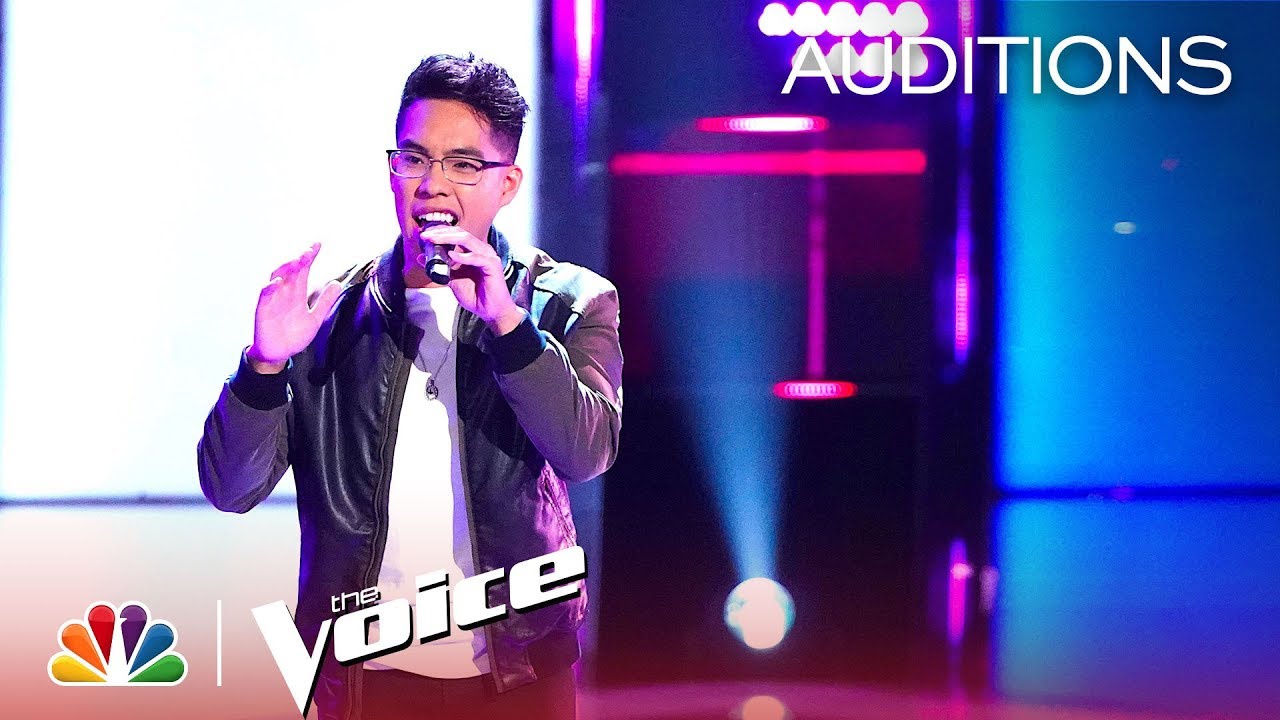 Filipino singer Jej Vinson so amazed The Voice US judge Blake Shelton enough for him to declare they were looking at the “future The Voice winner!”

Shelton was not alone in his adoration for the migrant Filipino from Davao who performed “Passionfruit” in the blind audition for Shelton, Adam Levine, John Legend, and Kelly Clarkson – with the performance video trending and hitting 1 million views overnight after its posting on YouTube on March 4 (US time, March 5 Mla time).

The Filipino singer went on social media to post his gratefulness to the judges after he qualified to move on to the next round of the competition, tweeting –

“FOUR CHAIRS?! And most of all… #TEAMKELLY?!? @kelly_clarkson thank u so much for turning for me! I’m so excited to work with and learn from a LEGEND,” Vinson tweeted.

Vinson received compliments from all four judges who turned around signifying their yes vote for Vinson during his performance.

John Legend exclaimed his surprise at seeing how the young contestant perform Drake’s 2017 hit song. Legend described Vinson’s performance: “It’s like you knew the note you wanted and just picked it out in the air. And you hit every single one with precision and beauty and excitement.”

Adam Levine offered himself as mentor to help Vinson connect to the audience and put more feelings into his performance.

Kelly Clarkson who even embraced Vinson after his performance said that she would help him win the competition as his coach. Announcing Jej Vinson’s joining her team, Clarkson tweeted, “Ladies and Gentlemen, WE GOT HIM! Jej, you are absolutely magical.”

Vinson had to choose which among the four judge mentors he would want to work with. “This is the hardest decision I’ve ever made in my life, but I’ll pick Kelly,” Vinson declared.

The 22-year-old Filipino singer auditioned in 4-time Emmy-winning The Voice US which has versions around the world and even a kids competition – with The Voice Kids Germany won by Filipino-Australian Lukas Janisch in 2016.

The Los Angeles resident was raised in the Philippines until he was 15 years old before moving to America with his family. In The Voice Contestant profiles, Vinson says he was inspired by his parents who sing in a choir. He decided on a music career path after joining an a capella camp when he was 18 years old and went on to study music at USC in California – with his family packing up and following Jej. Vinson was formerly the music director of the school’s a cappella group. Outside of school, Jej has a part-time job at a restaurant.

Jej Vinson is now officially on Kelly Clarkson’s team competing in The Battle Rounds of The Voice US Mondays and Tuesdays. The Filipino singer would need to get through four more stages of competition after passing the Blind Auditions, then the Battle Rounds, Knockouts, Playoffs and the Live Performance Shows.

WATCH Jej Vinson’s successful blind auditions performance here and tell him you are cheering him on in the comments below!