Hollywood’s four-time Best Actor awardee Darren Criss chose to pay homage to his roots and proudly displayed his Filipino side when he married his longtime girlfriend Mia Swier on February 16 on New Orleans.

The 32-year-old Filipino-American multi-awarded actor got married in a Giorgio Armani off-white tuxedo and then changed into the custom-made Barong Tagalog created by Filipino designer Francis Libiran for the wedding celebration.

Criss was seen clad in the Filipino men’s fashion as he and his wife surprised their wedding guests with their first duet performance as a couple.

“One of the things we looked forward to the most was something we actually hid from nearly everyone at the wedding,” Darren, a songwriter and musician, explains in a Vogue magazine feature about his musical extravaganza-wedding in New Orleans.

“The idea was to take an old tradition and turn it into something a lot more fun for us as bride and groom. I quickly put on a guitar and Mia put on a bass, and we exploded into ‘The Ballroom Blitz’ by Sweet to get the party started. We had a first song together as husband and wife—it was the coolest,” the Fil-Am celebrity was quoted saying in the caption of a photo of him and his wife performing with guitars.

Vogue featured another Criss wedding photo of Darren dancing with his Filipina mother Cerina to whom he dedicated his first Golden Globes and Emmy awards.

“Darren honored his Filipino heritage by wearing a traditional barong tagalog by designer Francis Libiran while dancing with his mother. This custom-designed piece was hand-loomed from pure pineapple fabric, and the intricately embroidered design was inspired by the famous tattoo patterns of the indigenous people of Cebu,” went the Vogue caption. Two other photos showed Darren partying wearing his barong Tagalog. 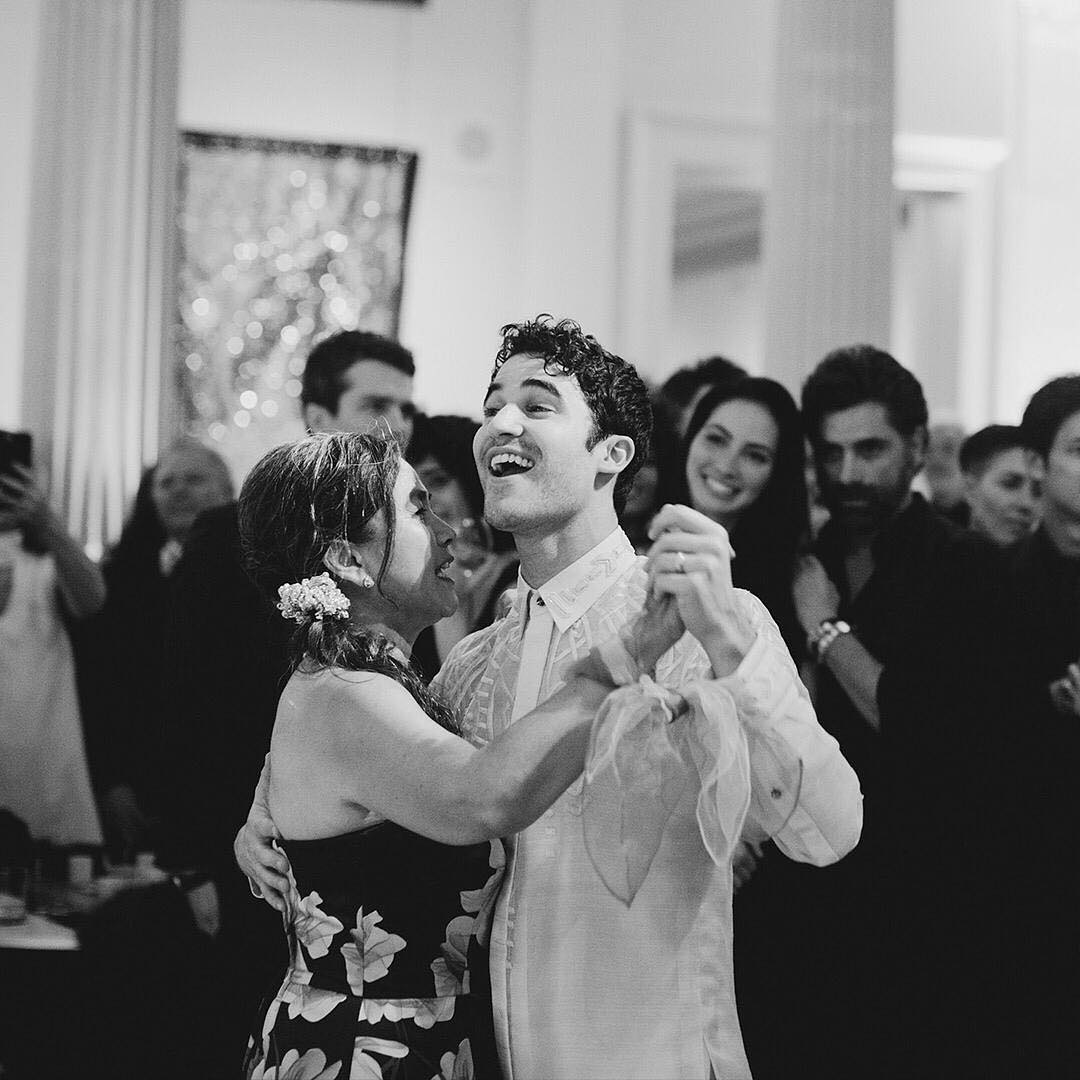 In a Hollywood Insider interview Filipino designer Francis Libiran shared how he was called upon to work on the former Glee star’s wedding party garb.

Libiran said, “My business partner Arsi Baltazar was contacted by Ashley Weston, the stylist of Darren Criss asking if we can create a modern design of the Barong Tagalog for Darren’s wedding. We were ecstatic upon hearing this considering that we had just met him and partied with him at the Golden Globe Awards last January in Hollywood.”

The Filipino fashion designer described actor Darren Criss and his stylist as “very hands on” from designing up to the fitting of the Barong made from loom flown in from Cebu.

“I was thinking that it would be really nice for Darren to wear a traditional button-down Barong embroidered with Art Deco-patterned threadwork. We sent several design options and he chose two,” Libiran shared referring to the Barong Tagalog embroidered with designs inspired from the Pintados of Cebu – his mom’s hometown whom he described in his Golden Globe speech as a “firecracker Filipino woman.” 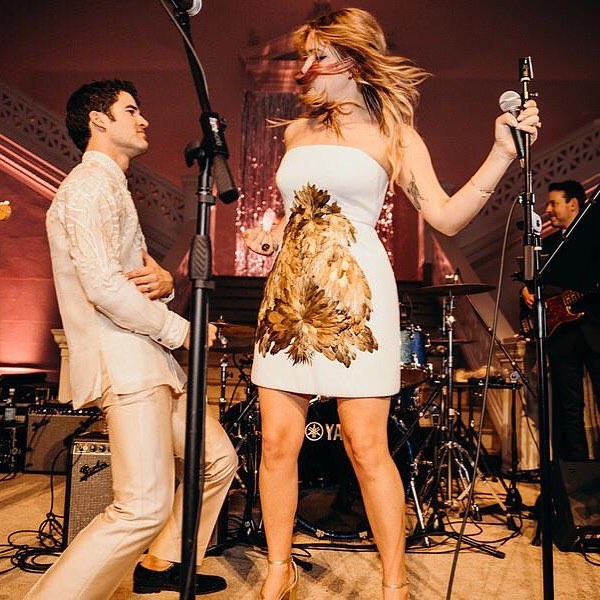 Libiran went on social media to post the Vogue photos and described his Filipino Pride at Darren Criss’ choice:

“What a great Pinoy Pride moment!! 🇵🇭 It feels wonderful to be featured on Vogue Magazine as the fashion designer of multi-awarded Hollywood star Darren Criss (@darrencriss), who honored his Filipino heritage by proudly wearing the traditional Barong Tagalog I designed for him on his extravagant wedding. Mabuhay!!!🇵🇭”

Darren Criss who was first known for his role in musical TV series Glee, made history for being the first Filipino-American to be awarded Best Actor in Golden Globes for his role in American Crime Series: The Assassination of Gianni Versace. In addition to the Globes and Emmy awards, he also won the Critics Choice and Screen Actors Guild Awards for the same role.

Send your compliments to the Barong Tagalog-clad Darren Criss and congratulate him on his wedding to Mia in the comments below.