The 6-foot-5 Utah Jazz guard was awarded for his contributions in a reserve role, the NBA announced on May 25, 2021.

Clarkson reached the top of the ranking with 65 first-place votes worth 5 pts each), 25 second-place votes (worth 3 pts each), and 4 third-place votes(worth 1 pt each) for a total of 407 points from a global panel of 100 sportswriters and broadcasters.

Clarkson averaged over three 3-pointers per game, providing immediate offense off the bench. The hot-shooting guard averaged a career-high 18.4 points, 4.0 rebounds, and 2.5 assists in 26.7 minutes in the 2020-21 regular season, playing 68 of his 69 games off the bench.

Following are Jordan Clarkson’s career highlights cited by the NBA:

The 28-year-old Clarkson helped deliver an NBA-best 52-20 record for the Utah Jazz.

Here are the voting results for the 2020-21 Kia NBA Sixth Man Award, tabulated by the independent accounting firm of Ernst & Young LLP: 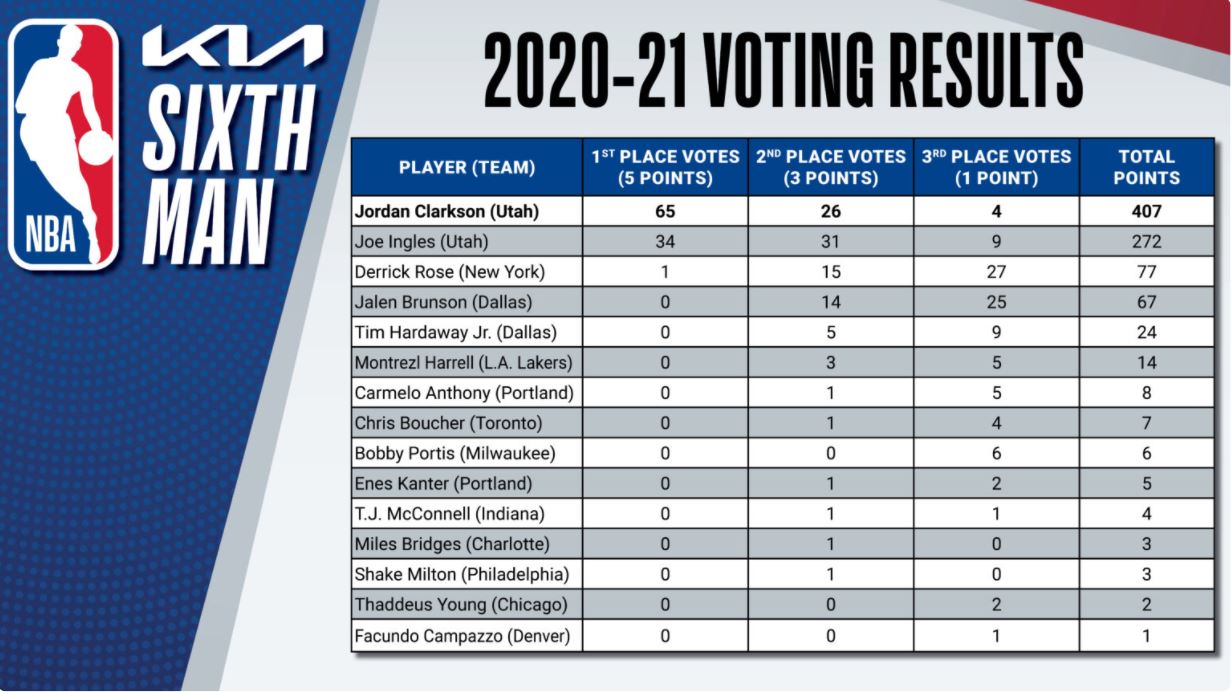 SEND CONGRATULATIONS in the comments below to Jordan Clarkson for winning the NBA Sixth Man of the Year award!