Cobonpue, who had previously collaborated with Disney for a Star Wars furniture collection, created the Philippines booth set on 4 individual stands inspired by the sea, mountain, city, and ethnic highlands.

A media release sent to Good News Pilipinas describes the scene at the ITB Berlin:

The booth was casual, inviting, and interactive with elements such as the bar in the center, the hanging lamps reflecting Filipino craftsmanship and symbolizing buntings that you will find in local fiestas, as well as the dominant wall giving passersby a feel of the tropics.

Overall, it was a warm welcome to anyone who joined the fun in the biggest travel fair in the world.

The houses were programmed to change colors and intensity according to the time of day, and were floating in front of a majestic moving backdrop of Palawan

The Philippine Department of Tourism’s booth was one of over 6 continents and 180 countries represented at the ITB Berlin which had 160,000 visitors. 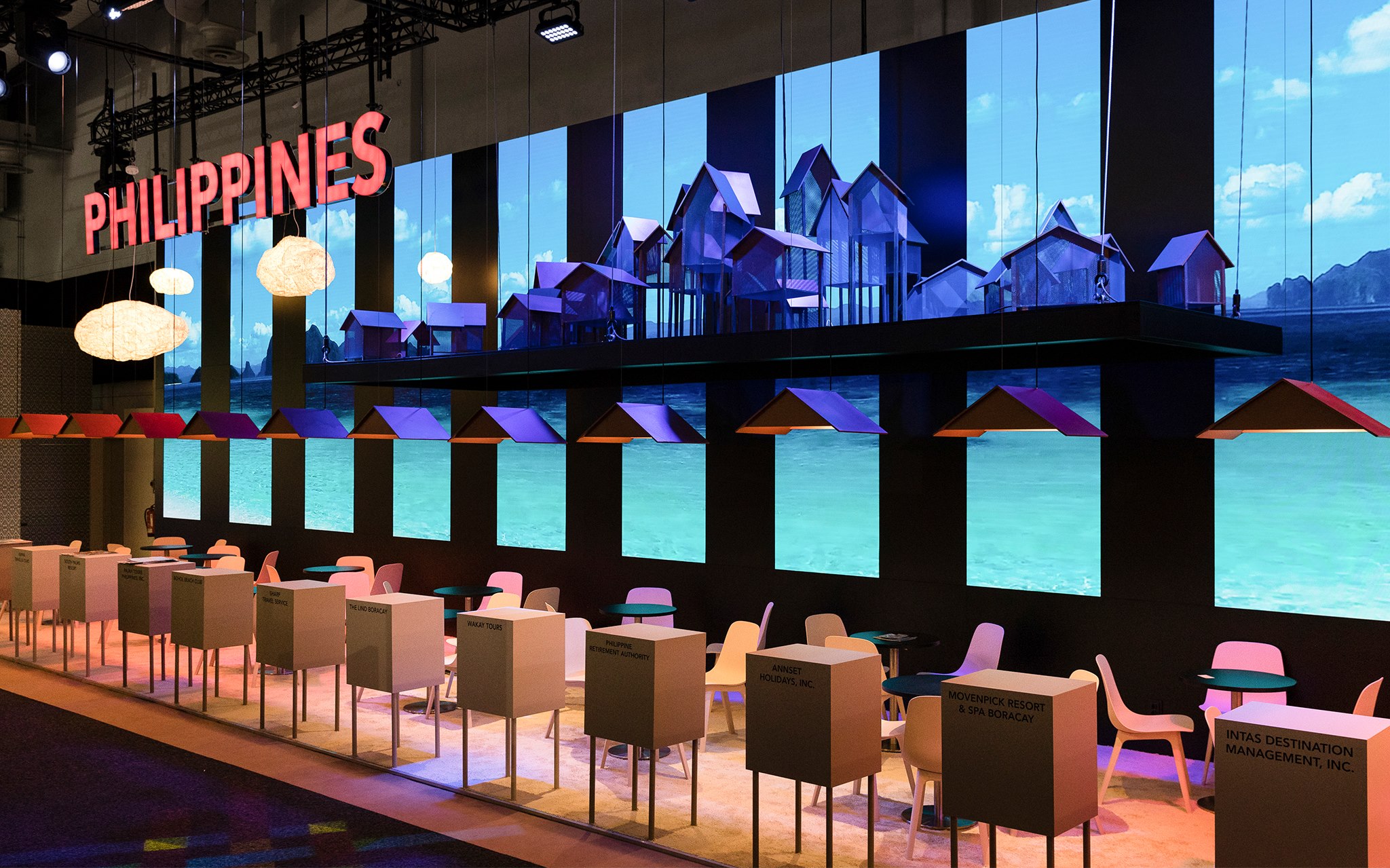 Cobonpue’s social media described their involvement as “another chance for us to show the beauty of our home to the world… we were honored to represent our country in the biggest travel fair in the world.”

Send your cheers below to Kenneth Cobonpue for showcasing the Philippines’ best to the world!