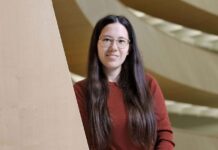 Meet Iza Calzado, BenCab’s Sabel, the Filipino actress who captured Japan’s Yakushi Pearl Award for her portrayal of an actor-producer in the film “Bliss,” recipient of multiple Philippine film and television recognitions including one from the recent GEMS Hiyas ng Sining Awards.

Good News Pilipinas talked to Iza about staying positive, her source of pride in being Filipino, and she even revealed a few things that most people do not know about her.

Tell us in the comments section below if you know of a Filipina woman of power, substance, or inspiration we should feature on Good News Pilipinas. Comment her story, tag us, or use #GoodNewsPilipinas on a social media post.