The Sasmuan Pampanga Coastal Wetland (SPCW) has been declared a Wetland Site of International Importance under the Ramsar Convention.

The Department of Environment and Natural Resources (DENR) together with the Ramsar secretariat based in Switzerland named the SPCW as the Philippines’ eighth Wetland of International Importance during the celebration of World Wetlands Day on February 2, 2021.

SPCW is a wetland complex of coastal waters interconnected with mangroves, mudflats, and a river ecosystem that offer a range of ecosystem services at the local and regional levels.

According to the DENR, the Sasmuan Pampanga wetland met four of the nine criteria of the Ramsar Convention, confirming the international significance of its biodiversity and services both at the species and ecosystems level.

“We met criteria 2 and 3, which means that SPCW supports vulnerable, endangered, or critically endangered species or threatened ecological communities, and play a big role in maintaining the biological diversity of a particular biogeographic region,” explains the executive director of DENR in Region 3, Paquito Moreno, Jr.

Moreno added that SPCW also met criteria 5 and 6 indicating that the site regularly supports 20,000 or more water birds. The SPCW shelters mangroves and riverine habitats that serve as important stopover points for migratory waterbirds on the East Asian-Australasian Flyway, with over 50,000 individuals counted in 2020. 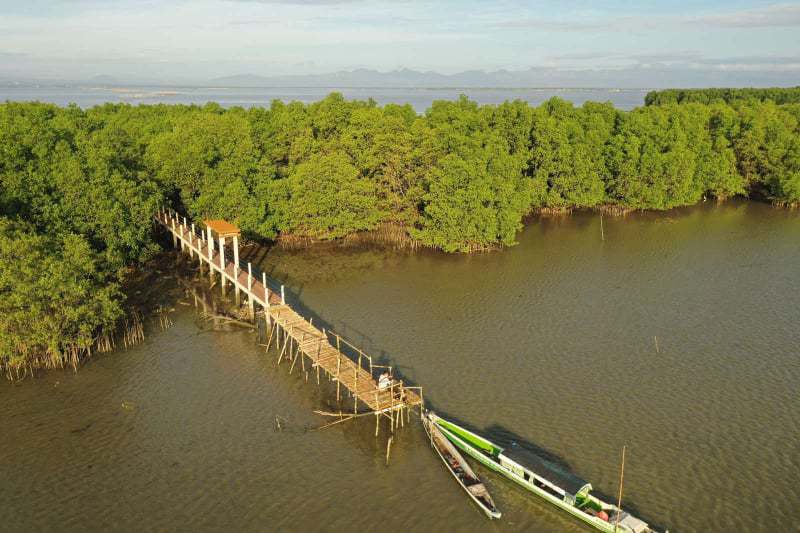 The DENR-Biodiversity Management Bureau shares that over 80,000 migratory birds composed of 63 species have been observed in SPCW during the January 2021 Asian Waterbird Census (AWC).

Threatened bird species recorded in the Ramsar Site include:

Aquaculture ponds also cover large parts of the site, helping to support local livelihoods. It also hosts zones of the vulnerable mangrove species “Avicennia rumphiana,” which, along with the more common “Sonneratia alba,” provides shelter for juvenile species of fish, molluscs, and other marine and estuarine species.

The Convention on Wetlands of International Importance, more commonly known as the Ramsar Convention, is an international agreement promoting the conservation and wise use of wetlands.

The Masungi Georeserve geopark in the Philippines recently won first place at the inaugural global Water ChangeMaker Awards for its efforts to restore and protect the Upper Marikina Watershed from large-scale environmental threats.

SEND CHEERS in the comments below to the local conservationists behind the Sasmuan Pampanga Coastal Wetland, the Philippines’ latest addition to the list of Ramsar Sites or Wetlands of International Importance around the world.