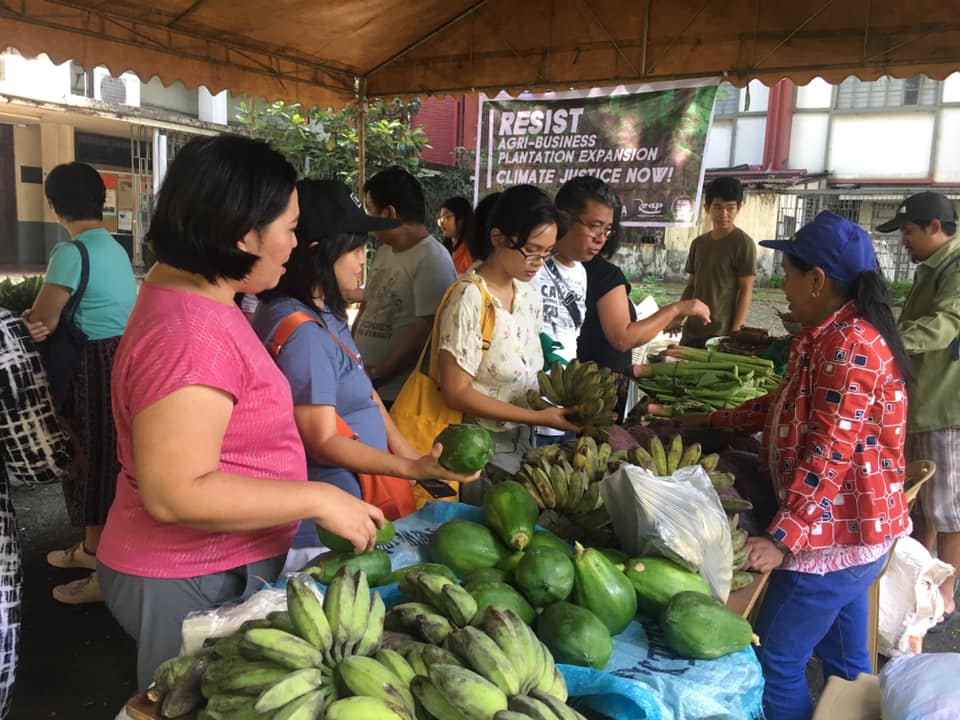 Groups from the University of the Philippines Diliman and Los Baños campuses are practicing what they preach in assemblies and fora by helping Filipino farmers sell their produce at the right fair trade price.

The UP Diliman Farmers Market enabled farmers to directly sell their sacks of brown/white rice and organic fruits and vegetables to the UP community and campus visitors. Organizers have declared the event a success after the produce were sold out within hours of both days.

Additional orders for sacks of rice were announced to be available on October 30 at the UP Center for International Studies.

The organizers said the farmers and the climate justice network are finding ways to build resilient, farmer friendly, and just communities.

The UNESCO Club of the University of the Philippines Los Baños (UNESCO Club-UPLB) has set up the “Help A Farmer” initiative that gathers orders for organic rice produce from the farmers of Isabela.

The socio-cultural organization in the state university’s Laguna campus said they created a market for the locally produced rice at the rate of Php35/kg. “in line with the recent issues regarding the drastic decline in the selling price of palay” and as part of their service to the marginalized sectors.

The organization set up an online ordering system and scheduled deliveries and pick up points in Quezon City, Alabang, Calamba, and Los Baños.

UNESCO Club-UPLB reports it has already garnered 2 batches of orders with the first batch of deliveries sent out today. The group says it continues to log orders for the next batch.

For orders go to this Online Order Form. For inquiries message the UNESCO Club-UPLB Facebook page.

SEND cheers and well wishes to these University of the Philippines organizations for assisting local farmers!