The University of the Philippines Fighting Maroons Men’s Basketball Team (UPMBT) players are taking a stand as UP student-athletes to support local farmers.

Members of the UP basketball squad were seen on social media this week holding up signs that say “Bilhin ang bigas ng Pinas (Buy Philippine rice) Save our farmers”.

The photos were posted on social media by Renan Dalisay, Founding Chairman of Nowhere to Go But UP – the network of UP alumni who led efforts to build up financial and logistical support for the UP Fighting Maroons towards a vision of rebuilding the UPMBT back into a formidable college basketball team.

The support that was coming from the community gave the UP Men’s Basketball Team a chance to be competitive against teams with big sports programs in their private universities. The training infrastructures and facilities were improved and funds came in for training abroad.

Dalisay and Agaton Uvero saw their dream come true after 5 years – the UP Fighting Maroons went from UAAP perennial cellar-dweller to Silver Medalist of the 2018 UAAP, the team’s first finals appearance since their 1986 championship title.

The backstory of the UP Fighting Maroons’ struggles would reveal just how close the farmers’ plight is to the team’s heart. In Renan Dalisay’s 2014 social media shoutout for help, he recounted how the players had been literally playing hungry.

“We need more food” were the words of the student-athletes who went to practice on empty stomachs, “playing competitive games without the nourishment required of a student-athlete,” Dalisay wrote.

“They’ve been walking on foot from one class to the next, one destination to another to save a coin or two for their education. They have not been receiving their allowances, the measly sum of anywhere from P5,000 to P10,000 – a pittance considering what they have to go through to play for the country’s Premiere University while measuring up to its stringent academic standards,” said Renan Dalisay, the UP alumnus who was also at the time the National Food Authority’s administrator who through his “Food Guardians advocacy” led to the stabilization of the supply and price of rice despite the severe El Niño.

Dalisay told Good News Pilipinas how he and the team players discussed the rice farmers’ situation in a huddle.

“Even before talking to them, they were aware of the issue. Kasi actually nung nakita nila hawak ko yung sign na buy local, sila nagtanong kung ano nangyayari sa farmers kasi sobrang kawawa daw. Nababasa nila ang balita about the farmers (They were the ones who initiated the talk when they saw the sign I was holding. They heard the news of how the farmers were suffering),” revealed Dalisay.

Dalisay eventually saw the boys declare their support to the call to buy local rice, to bring back the demand so that the price of palay would go up. “It is the least they can do to help,” said Dalisay of the “Iskolar ng bayan” student-athletes.

Here are Renan Dalisay’s notes about each UPMBT player who has taken up the cause of local farmers. 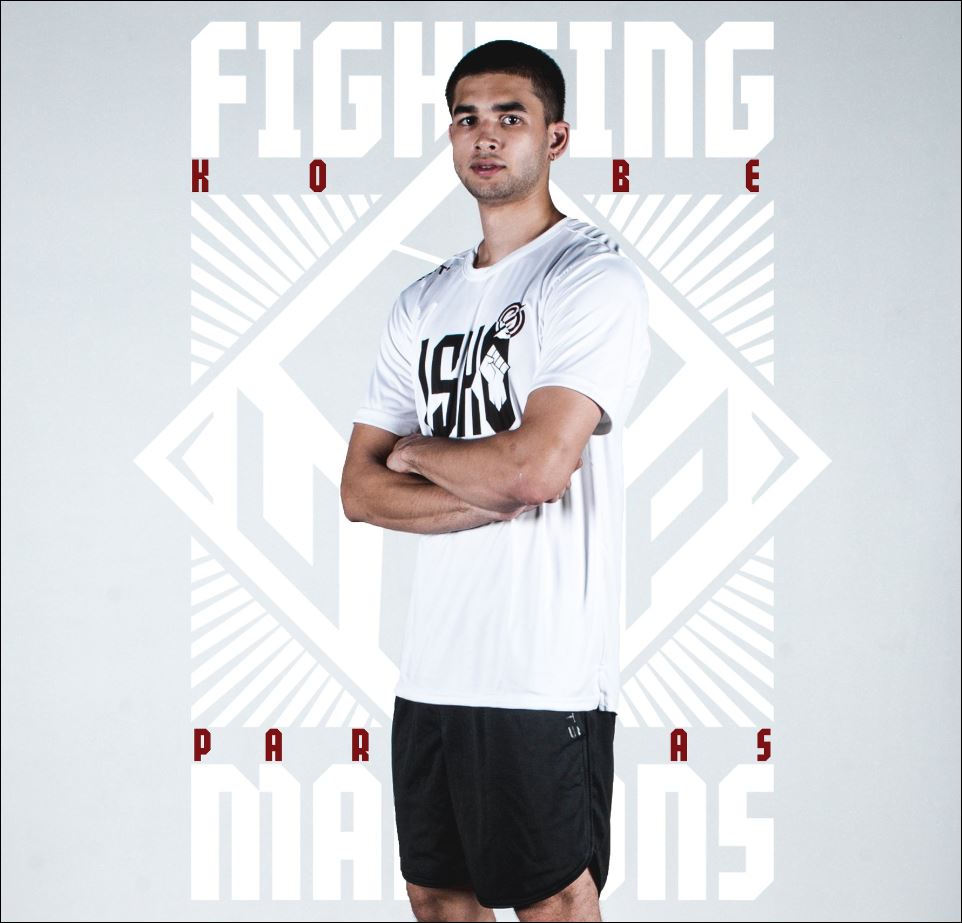 “This young basketball star never fails to surprise me on and off the court. He engaged me in a brief discussion on the plight of the farmers and expressed that he wants to help. He’s also been itching to play. Will he play already this Sunday or not? Abangan nyo na lang. In the meantime, Kobe Paras hopes that his small effort will help our rice farmers to bounce back.

One Kobe Paras will hardly create an impact. But with millions of Filipinos buying local rice, it can influence the price of palay to go up. He hopes that just like the Maroons, with the help of the many Filipinos, our own farmers have also nowhere to go but up.” 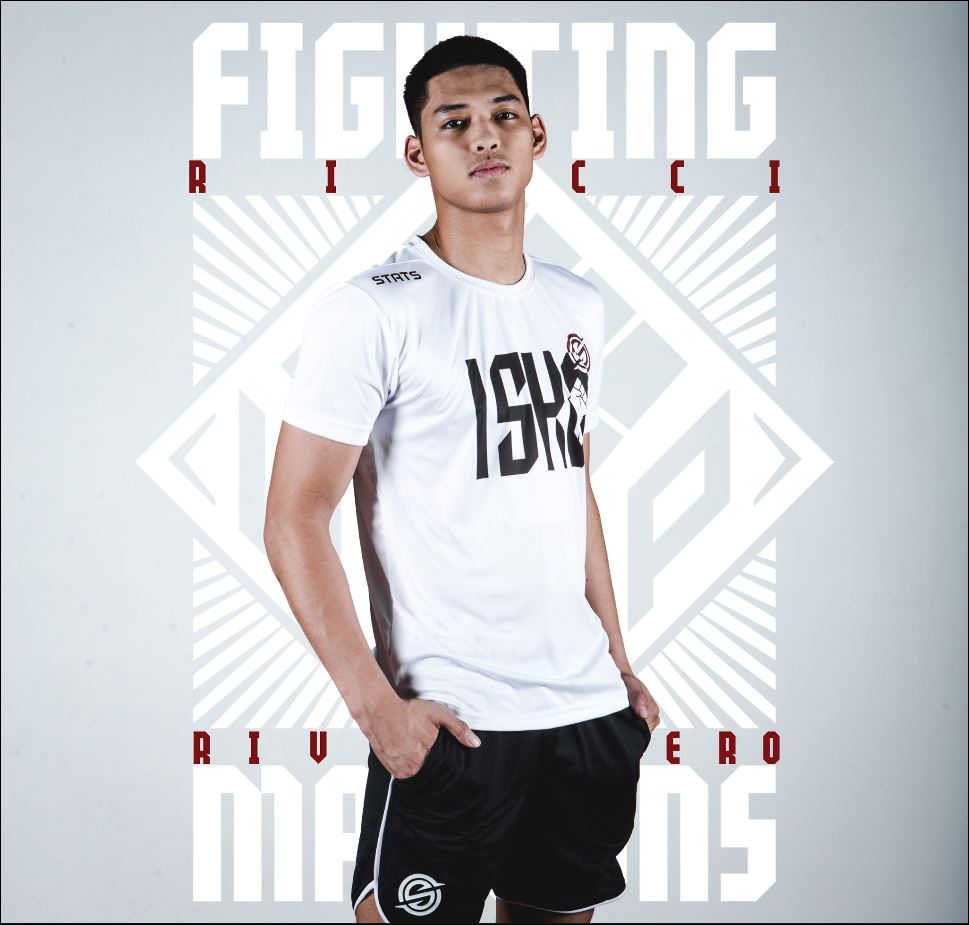 “Ricci Rivero listened intently while I answered their query about what is happening with our rice farmers. He is beginning to understand that having that raging maroon blood in that UP Fight means not to be confined to the four walls of the classroom only but also to the bigger society where he belongs. As the Team hopes to bounce back this Sunday, he is hoping also that his small effort can help our rice farmers bounce back as well. So far with what you’ve shown on and off the court, you truly deserve to be a Fighting Maroon.”

Ricci Rivero announced his return to the UAAP hardcourt, playing for the UP Fighting Maroons after missing Season 81, with a sensational one-hand slam dunk that earned the attention of both the national and international sports media, earning a spot in the top 10 plays of the night from ESPN. Rivero was also showcased as a rising basketball star as he played for the FIBA prior to the new UAAP season

“As a Scholar ng Bayan, UAAP Jrs. Season 79 MVP, Season 80 Rookie of the Year, and Mythical 5 in Season 81, UP Maroon Juan Gomez de Liaño gives back by supporting the call to buy local rice to help our farmers. He hopes that his small effort will help our farmers bounce back. Thank you for being Juan with our rice farmers.”

“These three young men, James Spencer, David Murrell, and Jaydee Tungcab have been working very hard on and off the court. That is why I know that the UP Maroons will definitely bounce back this Sunday. In the meantime, they are encouraging us to buy local rice to save our farmers. They are hoping the Filipino farmers will also bounce back. Kasi daw Atin to.”

“The UP Maroons will definitely bounce back this Sunday. In the meantime, they are encouraging us to buy local rice to save our farmers. They are hoping the Filipino farmers will also bounce back. Kasi daw Atin to.”

For the UP community and the general populace, Renan Dalisay made this call:

What can we do as ordinary citizens to help save our rice farmers?

One person will hardly create an impact. But with more than a million people buying local rice, it can influence the price of palay.

SEND encouraging cheers in the comments below to the UP Fighting Maroons for exemplifying Service to the People by UP students and supporting “Buy Local Rice”!