Fuel, as we know, is a substance that may be the catalyst to boost or propel an object. Oil as extracted from an oil field in the sea or the Middle East deserts results from thousands of years. Let me correlate fuel as a business owner.

Several days ago, in our weekly Livestream program FRAN-GURU EXCHANGE with my wife Lyndah as co-host, we had a guest who began his business at the early age of 22. When asked how he started, he shared that he wrote a business plan with a seven sqm store space. Now at 25, he has established three branches and a growing brand.

Would you believe he is into TEE shirts and shorts? The garment industry is full of business challenges.

The young man, Josh Manguera, hails from Angeles City. Graduated marketing management, he worked at a garments factory inside Clark Economic Zone. Meantime his mother has been into Ready to wear (RTW) for 25 years.

Josh began buying and selling RTW shirts from various suppliers. His mother told him there was an available seven sqm space in a local mall. Josh took his chances and learned from his mother how to sell and convince customers.

Everything would have been running smoothly till one day a foreigner came in looking for the business owner. He was asking for original brands like Ralph Laurent. Not finding any, the customer ridiculed saying Josh’s shirts are awful, below standard, etc. Those remarks left a lasting impact. It took a week before Josh decided why not put his brand.

Own product line of Tee Shirts and Daily Shorts

Thereupon he had a light bulb in his mind. Why not design some shirts and asked sewers to assemble them. The name of his brand called Plain and Simple. His friends began to patronize and even new faces. One thing which struck him was customers would come sad into his store and leave so happy. A week after, these people would tag their friends.

From that seven sqm store, Josh was able to open in another mall. It was a hit! The line reached from the entrance of the mall.

Tired and yet inspired, Josh opened his 3rd store and a complete production line. His FB followers have broken the 400,000 marks. His production line boasts of various styles and colors. Part of his business innovation is designing limited edition and practical cargo shorts.

What was his fuel? It was because of that foreigner who took potshots at his business. Everything was like fire under his belly.

He is so upbeat and confident of his products and focused on a target market.

This story goes to show that one needs to be born with either a silver or golden spoon. One needs to identify the fuel he needed to kick the business.

Do You Have What It Takes To Be An Entrepreneur?

Reviewing Your Business and Bounce Back Tips from Butz Bartolome Podcast

CHECK OUT the Philippines’ top mentor Butz Bartolome as he discusses business matters and SHARE THIS STORY with entrepreneurs and aspiring entrepreneurs who need the advice. 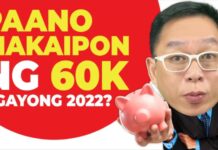 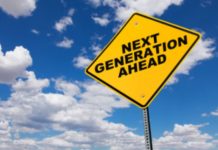 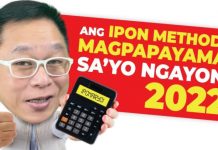