Do you know of people who are so secretive? People who you think are telling the truth, but are really hiding something from you?

Or do you consider yourself as a secretive person? Do you sometimes find yourself not telling the entire story, or even telling an entirely different story, just so you could make your way out of a certain situation?

“Mom, we have a group study tonight. I’ll be home late.”

(But the truth is, you just want to go on a night-out with your friends.)

(But the truth is, the issues in your marriage have been piling up.)

“Everything is going well, Sir.”

(But the truth is, the client already backed out.)

(But the truth is, you lost it the day your friend asked you to keep it.)

There are two kinds of secrets in this world.

The first is the kind of secret that someone trusted you to keep. These are the kinds of things that you’re not supposed to tell anyone else about. The second kind is the secret that you try so hard to keep to yourself, but others need to know about – the kind that will only cause trouble if the people who are involved in the issue don’t find out about it.

We still choose to hide the truth and keep the whole thing a secret.

Why is it that people are sometimes so secretive?

They don’t want to hurt other people’s feelings

tell them the truth.

Have you heard of the saying, “What you don’t know won’t hurt you”?

This is a faulty assumption. It hurts more when you keep the truth from someone, and then suddenly he or she finds out about it from someone else.

Keeping something from them will just delay the problem, but it won’t solve the problem. In fact, the problem can only get worse. Even if you think that the other person might not be able to take it, that person has the right to know – no matter how hurtful or shocking the truth may be.

“It’s a very small detail, he won’t notice it at all.”

“He has a lot on his mind, he probably won’t find out about it.”

“It’s not that important.”

Let me ask you, how can something that has the potential to affect your relationship with your husband or wife, with your friends, with your family members, or with your office mates not be important?

Remember, even if that thing you’re hiding is what you consider as a little thing, you can pick up the unhealthy habit of keeping things to yourself when people need to know about them. It’s like garbage that gets piled up – it’s only a matter of time that it will collapse. Don’t wait until that happens. In the end, you will just find yourself badly caught up in the situation.

If you want to establish or maintain a good relationship with others, TRUST must be present. If there is an absence of trust, the relationship will not be complete.

“He might be going through something, I won’t tell him about it first.

“I’ll wait for him to approach me later.”

“I’m still thinking about how to say it.”

These are what you call delaying tactics. These are just excuses to keep us from doing what needs to get done.

Sometimes we would make it seem that the person we need to talk to is busy, or that he or she doesn’t have the time to talk to us. But the truth is, it’s us who don’t want to be the one to talk.

There are times when we think of ourselves as superman or superwoman. We feel like everything’s under control.

There’s a problem at the office, but you didn’t tell your boss about it.There’s something that you have to admit to your boyfriend or girlfriend, but you refuse to say anything.

You got caught up in a conflict, but you chose to keep it from your parents.

In instances like this, you have to realize that you can’t solve everything. Keep in mind that in order to solve a certain problem, admitting that there’s something wrong is the first step to get out of it.

“He keeps everything from me too.”

“There was a time when she withheld something from me too – I had to find out about it from another person.”

You will not be able to resolve anything if your relationship is full of secrets and unspoken things. If you keep holding back the truth from each other, you will likely get so used to it, that you will eventually stop telling each other the truth. In the end, you will end up just fooling each other, ruining what you have even right now.

Is there anyone whom you kept something from?

Why didn’t you tell this person right away?

If you haven’t yet, when do you plan to tell this person about it?

What Are Your Motivations To Become An Entrepreneur? | Butz Bartolome 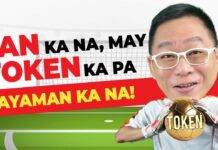