Filipino American Grandmaster Wesley So is battling world champion Magnus Carlsen in the FTX Crypto Cup finals match-up between Tour No. 1 (Carlsen) and Tour No. 2 (So) of the Meltwater Champions Chess Tour.

The Philippines-born So, the reigning United States Chess Champion, is campaigning for his third championship title at the ongoing world online tournament after beating Norwegian Carlsen twice – first at the Skilling Open Championship leg in November 2020 and then at the Opera Euro Rapid leg in February 2021.

Wesley So cruised through the preliminaries, quarterfinals, and semifinals against declared World Champion contender Ian Nepomniachtchi of Russia with a 29-games zero-loss scorecard to book a seat in the Crypto Cup finals with Carlsen who struggled with his own matches. 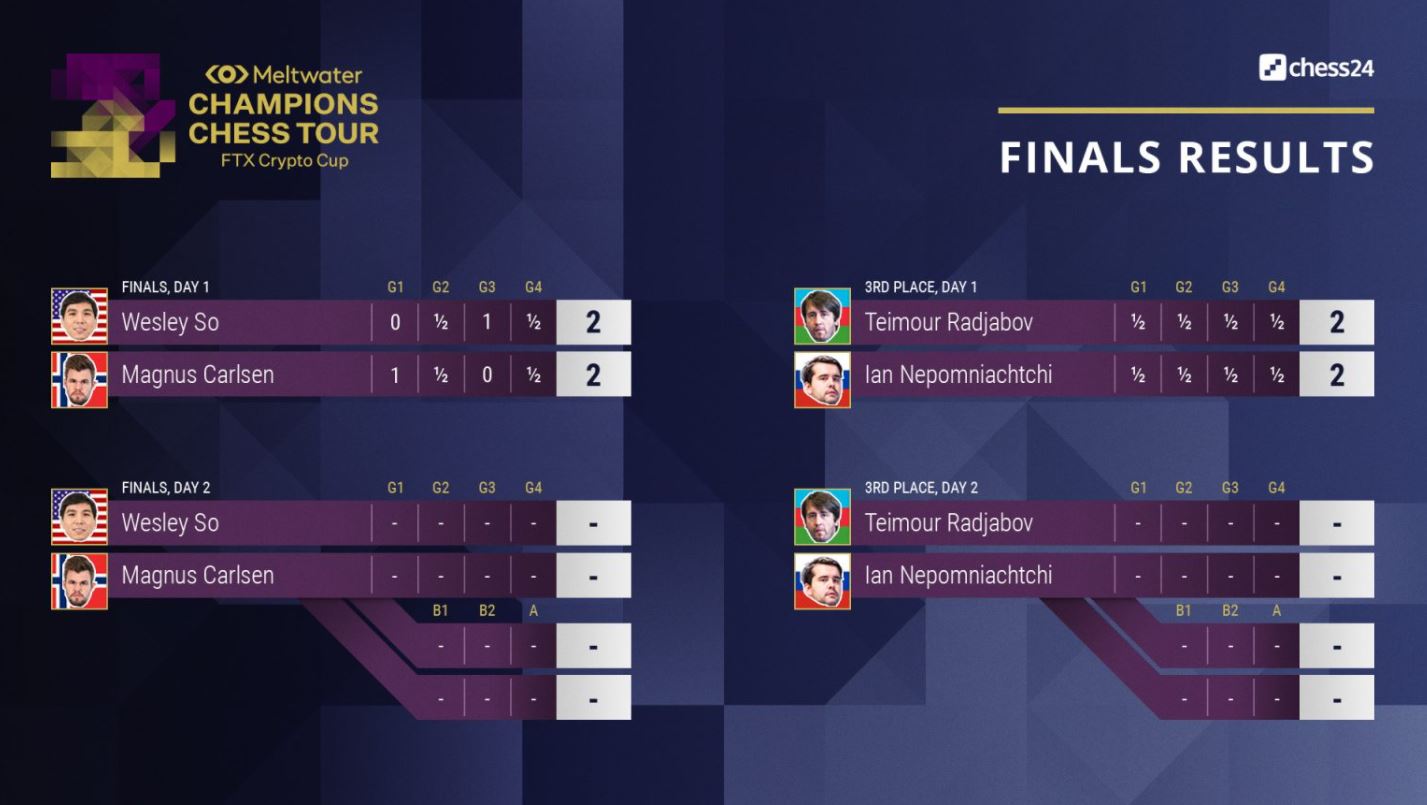 The highly-anticipated first Crypto Cup finals day on May 30, 2021 (May 31 Philippine Standard Time) yielded neck-to-neck results with So and Carlsen each with a win and drawing the other games for a scorecard of 2-2.

The FTX Crypto Cup is the 6th and final major leg of the Meltwater Champions Chess Tour organized by the Play Magnus Group. All games are played in the new chess24.com play zone.

SEND WELL WISHES in the comments below to Filipino American Grandmaster Wesley So as he battles Magnus Carlsen for a 3rd title at the Meltwater Champions Chess Tour!